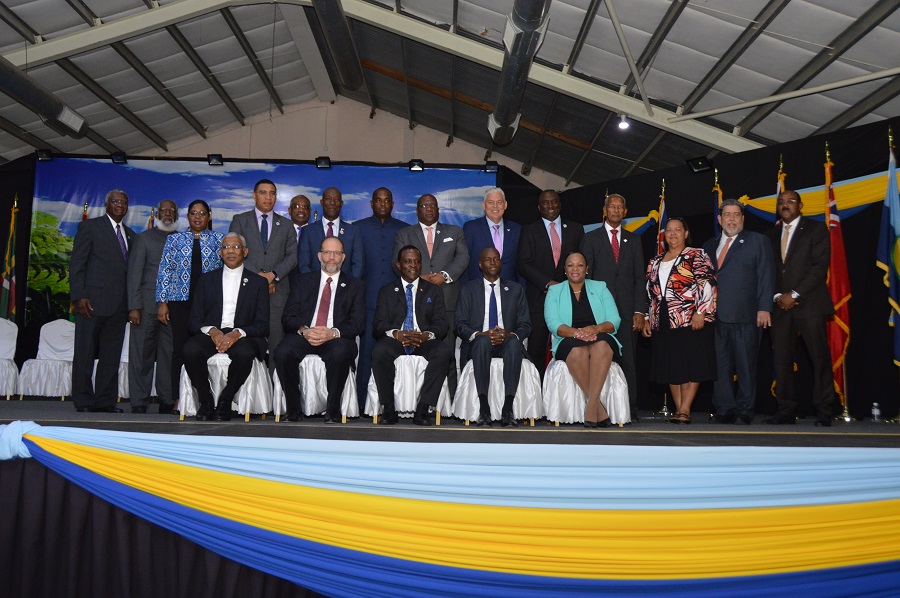 Georgetown, Guyana – (May 24, 2017) Minister within the Ministry of Education, Department of Culture, Ms. Nicolette Henry, today, charged the young Guyanese at the opening ceremony of the National Youth Week Career Exposition and Health Fair at Durban Park to capitalise on the opportunities that the Government has made available to them to promote the acquisition of knowledge and new skills, even as she welcomed the offer of 10 scholarships offered by Global Technology Incorporated for underprivileged students, who are interested in pursuing the arts. The scholarships were offered in memory of Kevon Scipio, a student who died following an accident, during preparations for the Golden Jubilee Anniversary celebrations last year.

The Minister said that the future and prosperity of the nation will depend on the skills, talent and creativity of its people. “The Government of Guyana has planned this activity to provide our young people with information and opportunities necessary to equip our students and job seekers alike with comprehensive and up to date information on the options available to help them… further their studies, acquire the life skills, training and career openings necessary to succeed,” she said.

As such, she said, the Ministry aims to produce the best trained workforce that can compete with any other workforce in the world. “It is imperative that we do our utmost to prepare our younger generation… We believe in the talents of each and every young person and that everyone should have the opportunity to develop such talents and grasp whatever opportunities life has in store for them,” she said.

First Lady, Mrs. Sandra Granger, Minister within the Ministry of Education, Department of Culture, Ms. Nicolette Henry and some students pay keen attention as the representative from the Guyana Geology and Mines Commission talks to them about the connection between the movement of tectonic plates and volcanoes.

Minister Henry also said that on Sunday the first ever Youth Innovation Project of Guyana was launched, which aims to empower young people to participate in the development process. She also said that after an almost two-decade-long absence, the Government has restarted the National Youth Week Celebrations, which demonstrates its interest in equipping the nation’s youth with marketable and sustainable skills.

Similar sentiments were expressed by Minister of Public Telecommunications, Ms. Catherine Hughes, who noted that young people now have access to information technology at their fingertips. The Ministry has fostered quick and easy access to information by providing internet access in over 101 schools and education institutions, including the three campuses of the University of Guyana, the Cyril Potter College of Education and the Guyana School of Agriculture.

“It is up to you and only you can take advantage of these opportunities… Are you taking advantage of all the opportunities to learn new things; new skills? Are you preparing to be the best that you can be in whatever way or area that you like? Regardless of what you want to do, do it your best. If you make excellence your hallmark; if you make excellence your motto I know [that] you will succeed,” Minister Hughes said. 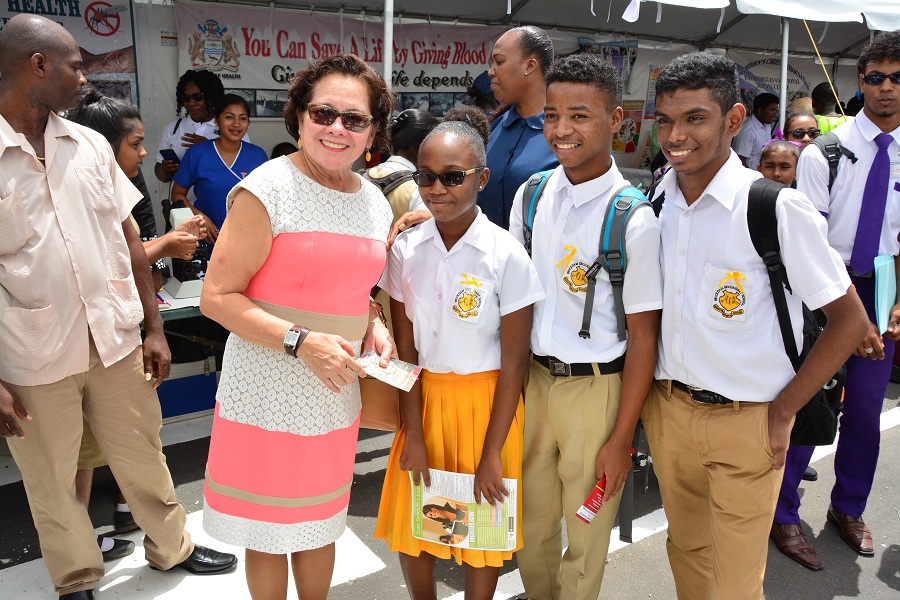 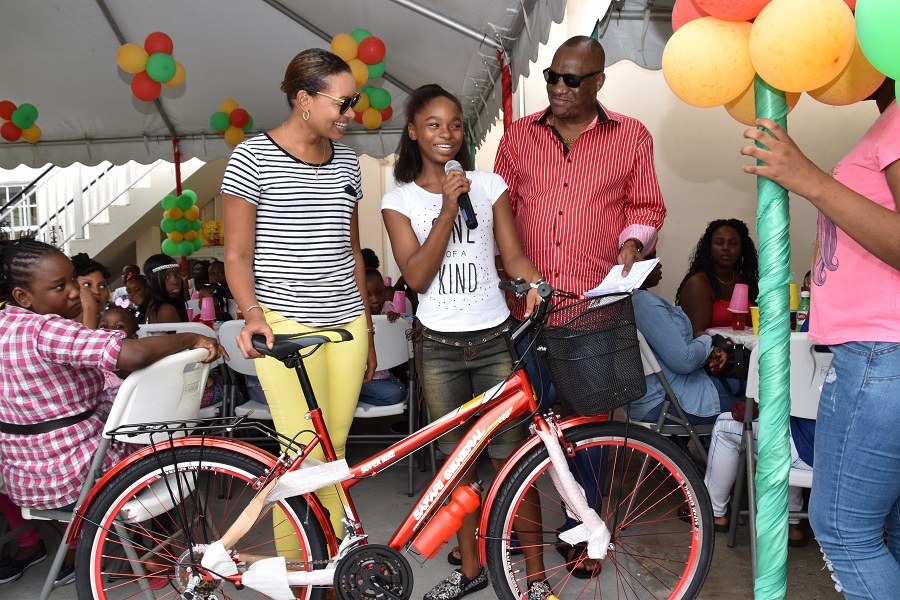 The Minister also advised young people to develop their character by cultivating the habits of discipline and hard work and the virtues of honesty and integrity.

In an invited comment, Master Samuel Davis, a second form student from St. Joseph High School said that he was enjoying the fair and was particularly pleased to meet First Lady, Mrs. Sandra Granger as she is a former student of the school. He said that he was most impressed with “the health and technology [booths] because there are a lot of occupations that you can [pursue]”.

Master Ezra Peters, Miss. Behanka Pollard and Master Raul Partab, all fourth form students of the Brickdam Secondary School and Master Christian Adams and Miss. Shenika Howell, both first form students of St. George’s Secondary School all said that they were pleased to be at the event and to have had an opportunity to interact with the First Lady as they had previously seen her at other youth focused events. 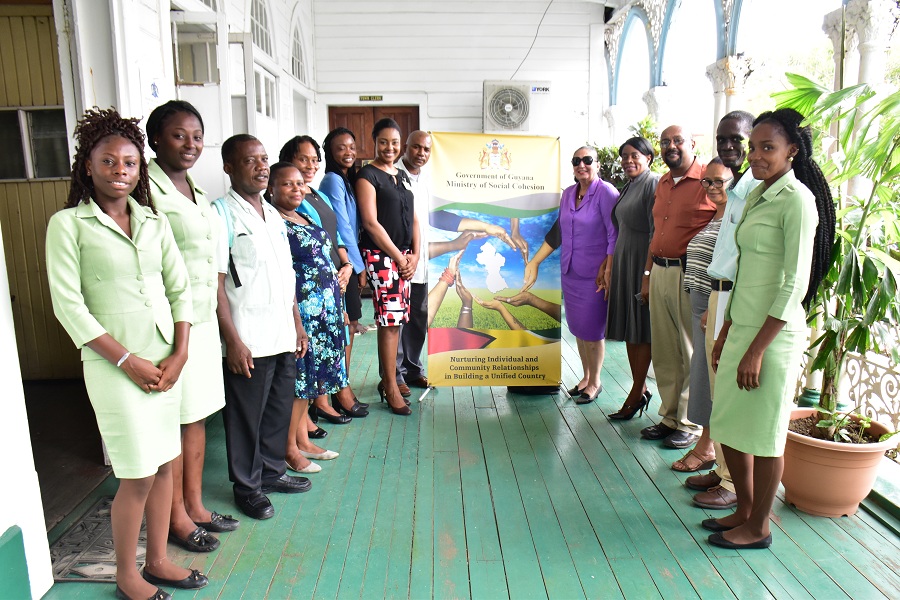 Minister of Public Telecommunications, Ms. Catherine Hughes urged the students at the opening of the opening ceremony of the National Youth Week Career Exposition and Health Fair to cultivate the habit of discipline as “there is no short cut to hard work and success” 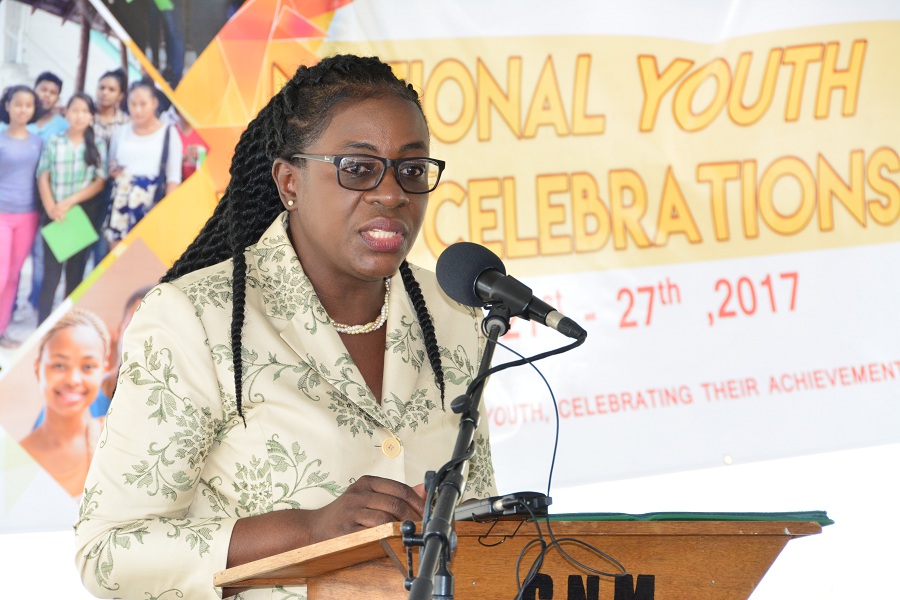 Minister within the Ministry of Education, Department of Culture, Ms. Nicolette Henry urged the students to capitalise on the many opportunities available to learn, at the opening ceremony of the National Youth Week Career Exposition and Health Fair.

Master Peters also said that he was impressed with the booths erected by the Ministry of Public Health. “I’m an aspiring paediatrician so it has really drawn my interest so it has been quite well,” he said. He was said that meeting the First Lady was a pleasure as, “If the President is not here, it is very good that the First Lady could be here. She is very dedicated to youths. In the past I [have] seen her at other events so it has really made an impact on me.

Students from several schools across Demerara-Mahaica (Region Four) participated in the ceremony. The programme featured musical accompaniment by the National Steel Pan Orchestra, a creative spoken word and song piece by Ms. Nicasey Gordon and an interpretive dance by the National School of Dance. Several booths were also erected on the grounds from private companies such as Global Technology Incorporated, the University of the Southern Caribbean, agencies such as the Guyana Defence Force, the Small Business Bureau of the Ministry of Business, the Vector Services Unit and the Guyana Responsible Parenthood Association, both of the Ministry of Public Health, among others.

The National Youth Week Celebration started on Sunday with a parade and concert. The programme takes into account that 68 per cent of the Guyanese population comprises youth age 35 and under and aims to take the lead in providing opportunities for youth to further their studies, acquire life skills through education, youth vocational activities and programmes such as the Youth Entrepreneurial Skills Training component of the President’s Youth Award: Republic of Guyana programme and other initiatives. It is being held from May 21 to 27 under the theme: “Inspiring our youth: Celebrating their achievements”.