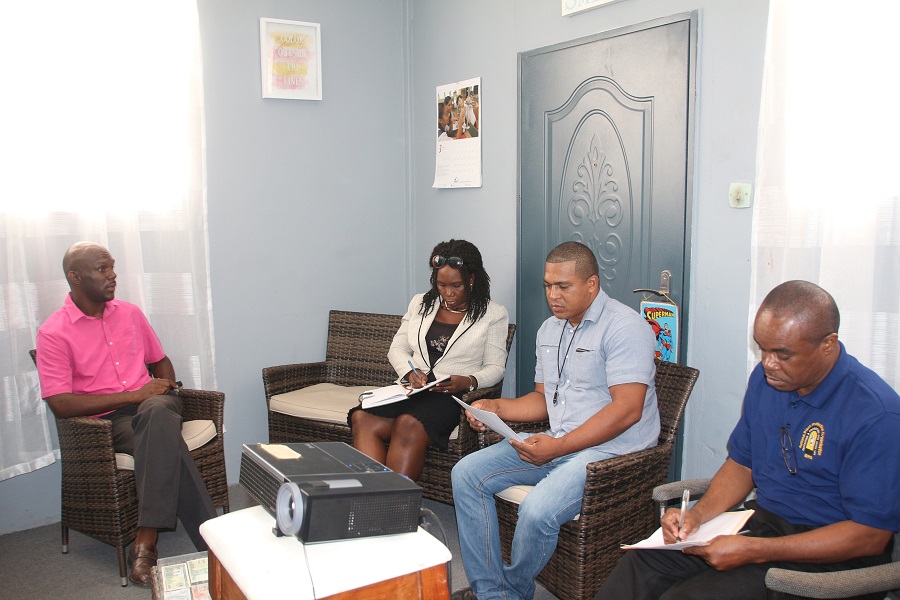 Georgetown, Guyana – (May 24, 2017) The Ministry of Agriculture is currently making preparations to visit and take supplies to the farmers in the Potaro-Siparuni (Region Eight) area, where floodwaters have completely receded, to assist in replanting efforts even as the Civil Defence Commission (CDC) has established a Forward Operations Base in neighbouring Kamarang, Cuyuni-Mazaruni (Region Seven) to bring relief to the residents in the affected areas there.

Permanent Secretary of the Ministry, Ms. Joylyn Nestor-Burrowes, in an invited comment today, after a meeting with the acting Director General of the CDC, Major Kester Craig, said that the Ministry has received reports from the areas affected and has begun putting together a list of the supplies needed. As soon as these are acquired a team from the Ministry will move into the area and begin to work with the affected farmers.

“We can only move into the areas where the water has receded at this time. As the other regions continue to recede, we will also work with them. There are no immediate threats to any livestock so it’s really just the cash crops at this time,” she said.

Minister of State, Mr. Joseph Harmon, during a visit to the villages of Itabac and Kanapang on Sunday, had assured residents that the Government will use every resource at its disposal to restore normalcy in the communities, which will range from the restoration of livelihoods to the rebuilding of homes. At that meeting, the Minister had promised to ensure that the residents receive all necessary assistance in replanting their farms.

Meanwhile, Major Craig said that while floodwaters continue to recede in all of the affected areas in Region Eight, Cuyuni-Mazaruni (Region Seven) has seen an increase in water on the land and several communities are inundated. He said that the Forward Operations Centre has been established to host supplies and coordinate relief efforts to the communities affected in that area.

A team comprising representatives of the Regional Democratic Council (RDC) and the CDC has been deployed to affected communities across the region to ascertain the extent and impacts of flooding there and to determine the immediate needs.

He noted that the villages of Kako, Kamarang (Warawatta), Jawalla, Waramadong, Imbaimadai, Phillipai, Ammokokopai, Quebenang and Paruima are flooded. However, the extent of flooding is being investigated. In Kako, eight houses were flooded; however up to press time, two remained flooded while all farms were under water. 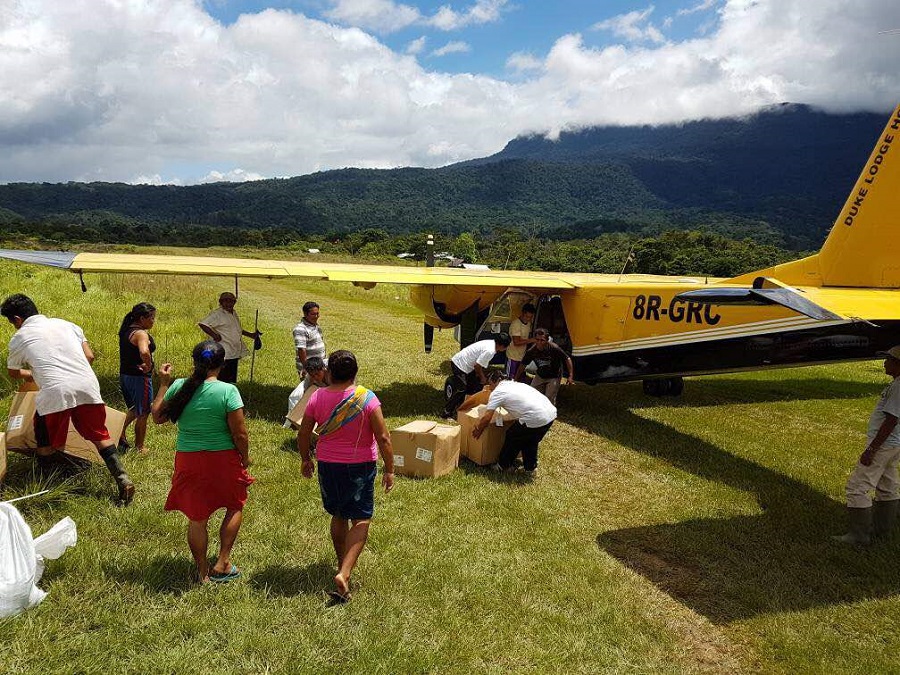 Supplies being offloaded at Kopinang

Phillipai has recorded approximately 15 small landslides while the children in Kamarang are unable to get to school.

However, the RDC, which worked alongside the CDC earlier this year to complete the Regional Multi-Hazard Preparedness and Response Plan, has activated its Disaster Risk Management Committee and has been actively responding to affected areas. Thus far, they have facilitated a joint field visit and dispatched 62 food hampers, 100 collapsible water bottles, cleaning and medical supplies to Kamarang, to be distributed to flood affected communities.

Two planes with supplies including 116 food hampers will be further dispatched to the Operations Base tomorrow for distribution. The Region has advised residents to reap crops in affected farms to prevent complete losses. 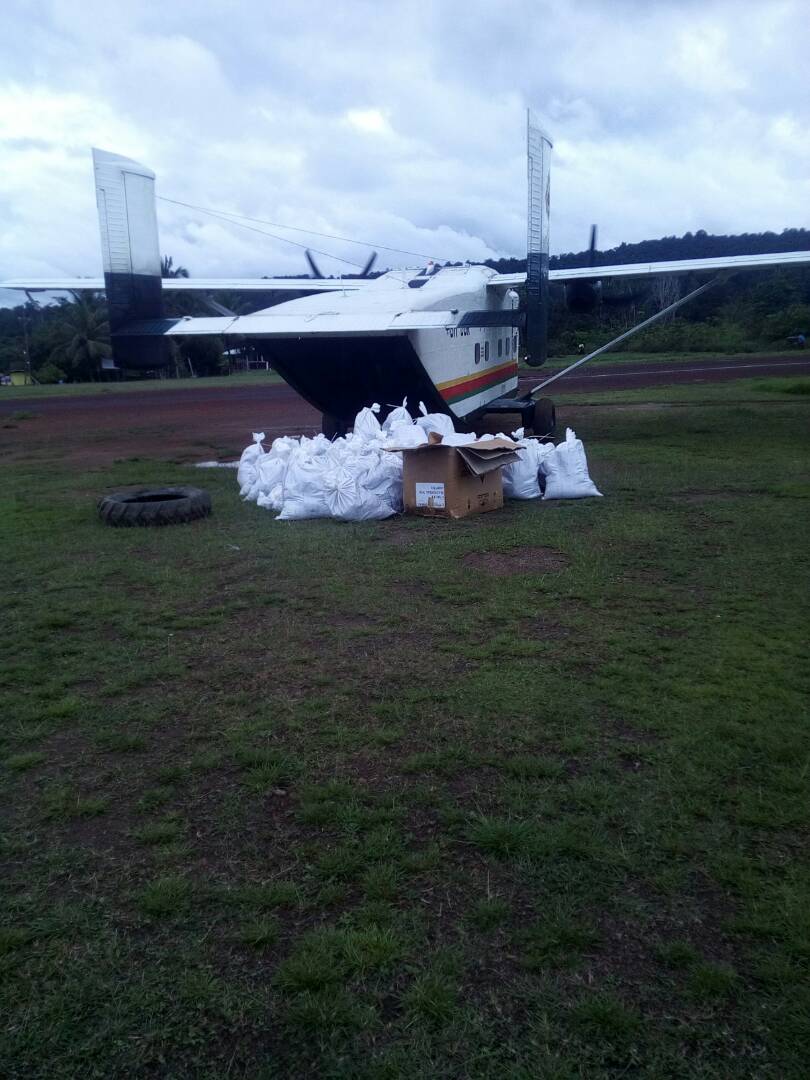 Infrastructure
Additionally, the team of engineers from the Guyana Defence Force (GDF) and the Guyana Water Incorporated (GWI), who travelled to the villages of Itabac and Kanapang on Tuesday to conduct an assessment of the damaged roads and buildings and to facilitate water quality testing and set up purification systems, with a view to determining the long-term response that will be required from the State, have extended their stay to include the other affected villages.

They will now conduct a full assessment of all of the affected areas in Region Eight and provide a detailed report to the Government.

Health
A reinforcement team from the Ministry of Public Health and the Pan America Health Organisation (PAHO), today, arrived in Orinduik to support other health officials, who were in the region since Friday. They will continue to conduct health assessments and medical outreaches in the affected areas even as medical supplies are being shuttled in.