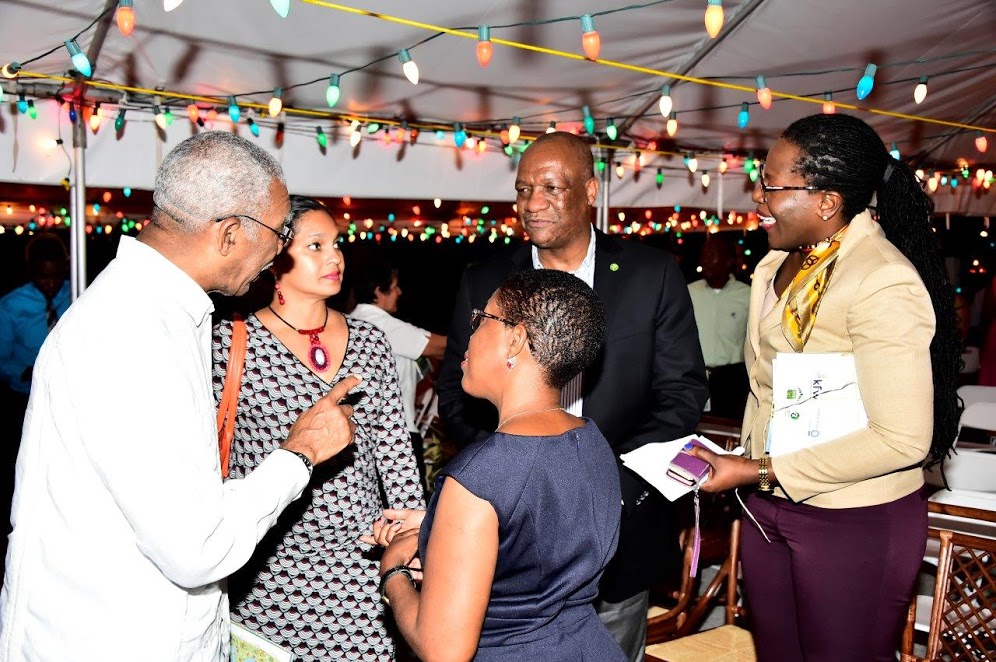 Georgetown, Guyana – (May 24, 2017) President David Granger, today, said that the Protected Areas system will be implemented through a regionalised approach countrywide, with ‘green’ regions being administered by ‘green’ capital towns, which will each eventually have one legally-designated regional protected area. This, he said, would require every citizen to exercise stewardship over the natural patrimony of their region; even at the Protected Areas Commission (PAC) is expected to be the engine of ‘green’ growth as the success of the ‘green’ agenda will be determined by the efficacy of the Commission’s work.

President Granger, who was speaking at the PAC’s fifth anniversary celebration, said that the establishment of these areas will devolve greater responsibility for conservation and environmental protection to the regions. “Biodiversity conservation is the cornerstone of Guyana’s ‘green’ agenda, which places emphasis on the protection and preservation of our luxuriant flora and abundant biodiversity,’ the President said.

The Head of State, highlighting also the critical role of conservation, said that it ensures sovereignty over the country’s national patrimony and is one of the means in which citizens exercise control over our territory. It also ensures the survival of the Guiana Shield, of which Guyana is a part and which, as one of the world’s last remaining intact areas of pristine rainforests and is home to significant portion of the world’s known biodiversity and freshwater supplies.

Further, President Granger said that conservation ensures that these forests provide climate mitigation services to the earth and facilitates regulating services such as water storage and pollination; and ensures environmental sustainability by preventing the destruction of natural habitats and the degradation of the land. Recognising that responsibility, which is vested in the Commission, President Granger pointed out that the body has played, so far, a defining role “in identifying, evaluating and managing the protected areas system.” The Commission’s work, he said has furnished the framework for establishing the ecological and environmental integrity of those dedicated geographical spaces, which Guyana needs to achieve the long-term conservation of its ecosystem.

The President restated Guyana’s commitment to achieving the targets set under the United Nations Convention on Biodiversity, as well as to place at least 17 percent of terrestrial and inland water areas and 10 percent of coastal and marine areas under a system of protection. “The Protected Areas Commission, by enlarging, extending and expanding the National Protected Areas System will ensure that these targets are met. The Protected Areas Commission will work with the Department of the Environment to identify areas to be placed under conservation and protection in fulfillment of our international commitments,” he said.

At the ceremony, The PAC also launched its five-year Strategic Plan 2016-2020, under the theme “Protecting Nature and Improving Lives,” which is expected to foster increased benefits sharing, develop monitoring and administrative systems, strengthen policy framework, increase national and international appreciation for Guyana’s protected areas system and improve public education and awareness of the protected areas system.

Frankfurt Zoological Society’s Technical Advisor, Dr. Anouska Kinahan, who has worked in several protected areas in Africa and other parts of the world, speaking on the launch of the Management Plans underscored that they are critical for the effective management of any protected areas system, “they provide the critical direction towards a common goal, essentially a good plan is like a roadmap, it shows the final destination and identifies the most effective and efficient way to get there, “Dr. Kinahan said.

She noted that it must be implemented and used as a daily working tool for developing work plans and importantly, its progress towards achieving the goals of the protected areas system must be continually monitored. “These plans must be reviewed regularly and amended where necessary in response to changing circumstances. For these reasons, the protected areas management plans are five years and all of them contain operational and evaluation frameworks, “the Technical Advisor said.

Dr. Kinahan disclosed that the approved management plans for the Shell Beach and the Kanuku Mountain protected areas are completed, with the Kaieteur National Park management plan is its final draft awaiting a public review. In each of these Management Plans, the Technical Advisor said there are common themes, mainly the wise use of resources so that present and future generations can benefit. The reason for these common themes is to ensure that plans at all levels can be streamlined, so that roadmaps for individual sites are all moving towards achieving the overarching goal of the protected areas system.

Head of the Department of Environment, Mrs. Ndibi Schiwers applauded the work of the Commission to date, noting that notwithstanding the challenges the delivery of service has been commendable. The signing of a multi-million dollar project with the KFW Development Bank by the PAC for the development of Guyana’s protected areas was mentioned as among some of the most notable achievements by Mrs. Schiwers.

These achievements, she noted are demonstrative of the PAC’s ability to build a solid platform “to meet its international obligations of conserving an additional two million hectares of its land and waterways and the seventeen global Sustainable Development Goals of which biodiversity and ecosystems protection are central to achieving sustainable development.” 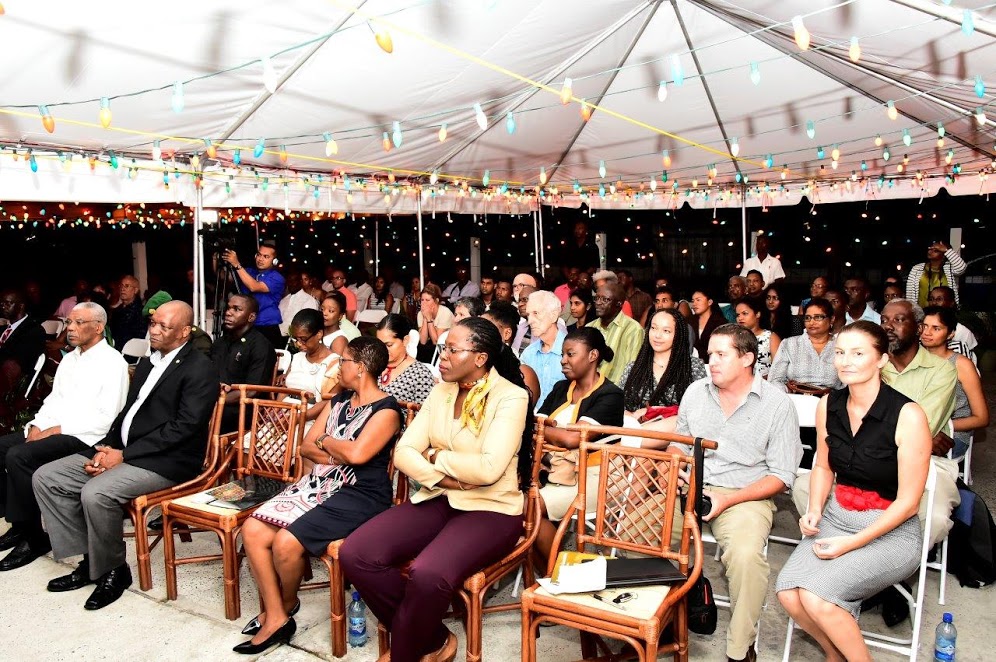 Acting Commissioner of PAC, Mrs. Denise Fraser speaking on recent achievements of the Commission over the past five years said that there has been infrastructural development at the protected areas including the Kaieteur National Park, with the inclusion of a warden’s quarters and guest house and installation of camera traps to monitor the movement of the animal population.

Ecological and threat monitoring, Mrs. Fraser noted, has also been initiated in the Kanuku Mountains protected area. She said that “we have been working not only on increasing our staffing, especially at the site level, but building capacity…we’ve also been involved in community engagements, in meetings, knowledge and attitudes and practice surveys [and] resource mapping.”