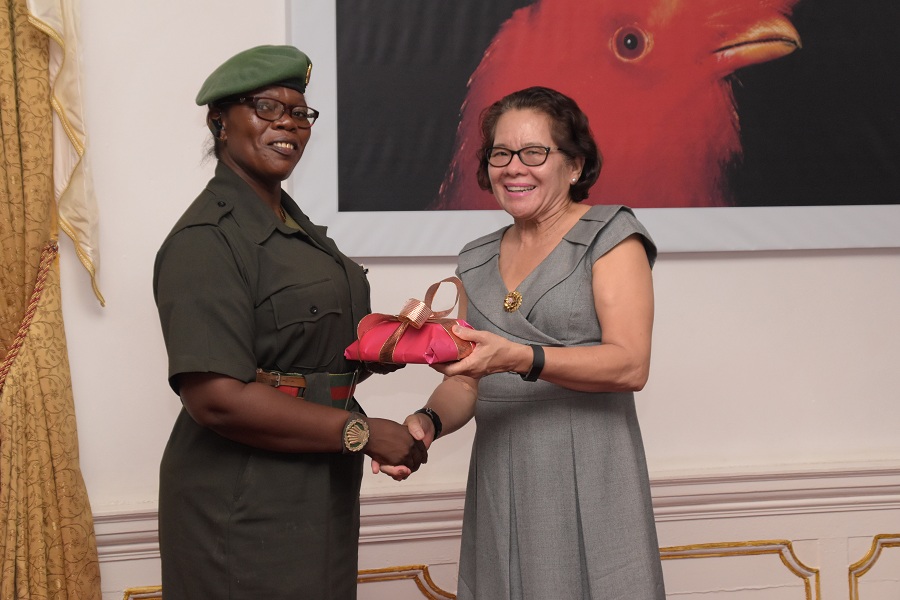 GAVI supports 73 low-income countries to ensure vaccination to children across the globe and has been collaborating and supporting Guyana in this regard. Dr. Gupta, in an invited comment, however, said that vaccinations availability in the hinterland is still a concern and the organisation is working with the Ministry of Public Health to formulate a solution to address this issue.

“We typically support countries to take vaccines to every child nationally but now we know that Guyana is doing extremely well. They are able to vaccine about 95 percent of their children but at the same time we also know that in the hinterland we still have children who do not receive vaccines or the full dose of vaccines so we were here to sort of complement the Ministry on the excellent work that they have done so far. We also offer our support in making sure that those children who are not receiving vaccines are also reached,” she said.

The organisation is looking to soon introduce the Human Papillomavirus (HPV) Vaccine to fight cervical cancer in women but at the same time, it has been working with Guyana on a ‘transition plan’, which will see the country funding its own vaccinations but still receiving critical support to ensure that the progress in this sector is maintained.

“Guyana now has income levels, which are rising and they can now transition out of GAVI support but before a country transitions out of GAVI support and starts to fully fund its vaccines, we typically do a plan so that we are able to give them concentrated support in those areas, which are going to be critical for them to maintain the progress that they have achieved. In the case of Guyana, we found that the cold chain could really be improved because there are new technologies, solar storage equipment, which can reach those areas that do not have electricity. We are helping Guyana to take that equipment there and now we have new technology to help monitor the temperatures of cold chains,” she explained.
As part of that plan also, GAVI will be supporting Guyana to build the capacities of its human resources in the health sector, particularly in the hinterland and riverine areas as well as data collection and evaluation.

Mrs. Granger, who has been using her office to promote children’s health and well-being, youth and women’s empowerment, also discussed other areas with the team, which included representatives from the United Nations Children’s Fund (UNICEF), including teenage pregnancy, health education for young people and women and projects in the health sector, which were discussed among the spouses of the Heads of Government of the Caribbean Community (CARICOM) at the recently concluded 27th Intersessional Meeting.

President Ali’s message on the occasion