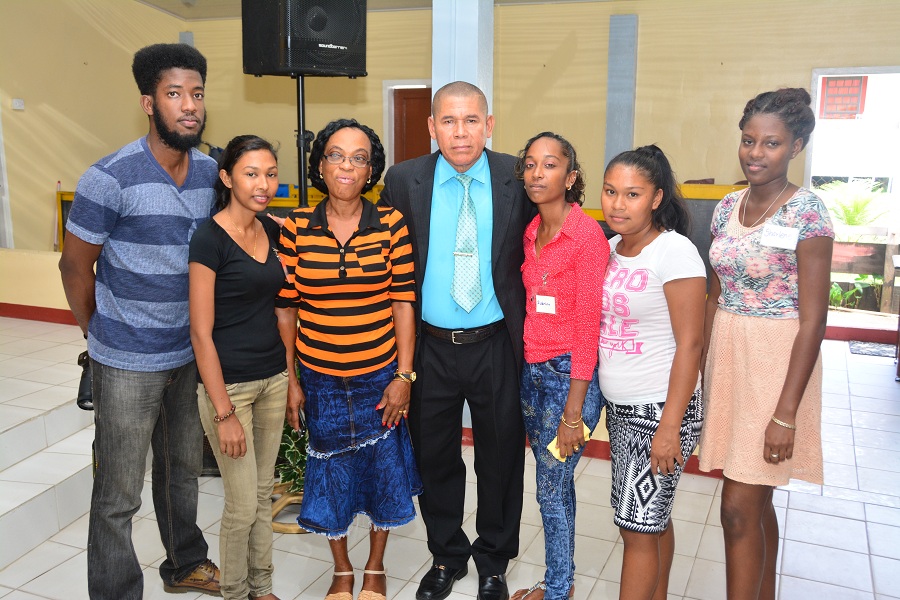 Georgetown, Guyana – (March 3, 2017) Minister of Social Cohesion, Dr. George Norton, today, urged participants of the 25th Diversity Education and Inclusion Regional Training Workshop to utilise the opportunity to learn how to appreciate differences in others in order to build more unified communities. The two-day workshop is being held at the Ann’s Grove Church of God of Prophesy, East Coast Demerara.

“The idea is for us to understand that we’re all different, even though we live in the same village and we must recognise it as we recognise our differences we must embrace it; we must not shun it,” Dr. Norton said.

Thirty-three stakeholders from communities such as Bee Hive, Two Friends, Clonbrook Housing Scheme, Greenfield, Lusignan and Ann’s Grove are participating in the session. The workshop aims to engage them in discussions and practical exercises to identify barriers to social cohesion and to produce ideas about how to erase inequalities.

“We use ‘catchy’ phrases such as unity in diversity… and we don’t know what it means. It is us bringing … different strengths [together] to work for a common goal … regardless of our ethnicity, regardless of our gender… I want you to make full use of the opportunities here … because what we do today can change the entire Guyanese perception about Ann’s Grove. Be innovative in such a way that we can communicate and [reach others],” the Minister said.

Dr. Norton told the group that much of the work that needs to be done to educate the public about diversity and inclusion has to be done at the community level, but it must start with the individual. He pointed out that it was important to increase one’s awareness of self and sensitivity about behaviours that may be unwittingly contributing to isolating others, before taking steps to build better relations. “We must recognise our differences but we must embrace [them],” he said.

Meanwhile, Ms. Sharon Patterson, Programme Coordinator at the Ministry of Social Cohesion, in giving an overview of the Ministry’s mandate said that social cohesion is a process of nurturing individual and community relations in order to build a unified nation. “It is working with individuals and communities to build relationships … aimed at realising a unified Guyana where all [of] our diversities are embraced,” she said.

Several of the participants said that they plan to share the knowledge that they gain from the workshop with persons in their communities. In an invited comment, Mr. Hosea Higgins of Ann’s Grove said that he is eager to make a difference in the world and was happy to participate in the exercise. “I want to make a difference in the world so I found it interesting that an opportunity would come up in my church … As the Minister said, by considering that everyone is equal, I would like to use the skills learned to also encourage other people to respect each other as equals and to reduce the risk of bullying and smoking marijuana in the village,” he said. 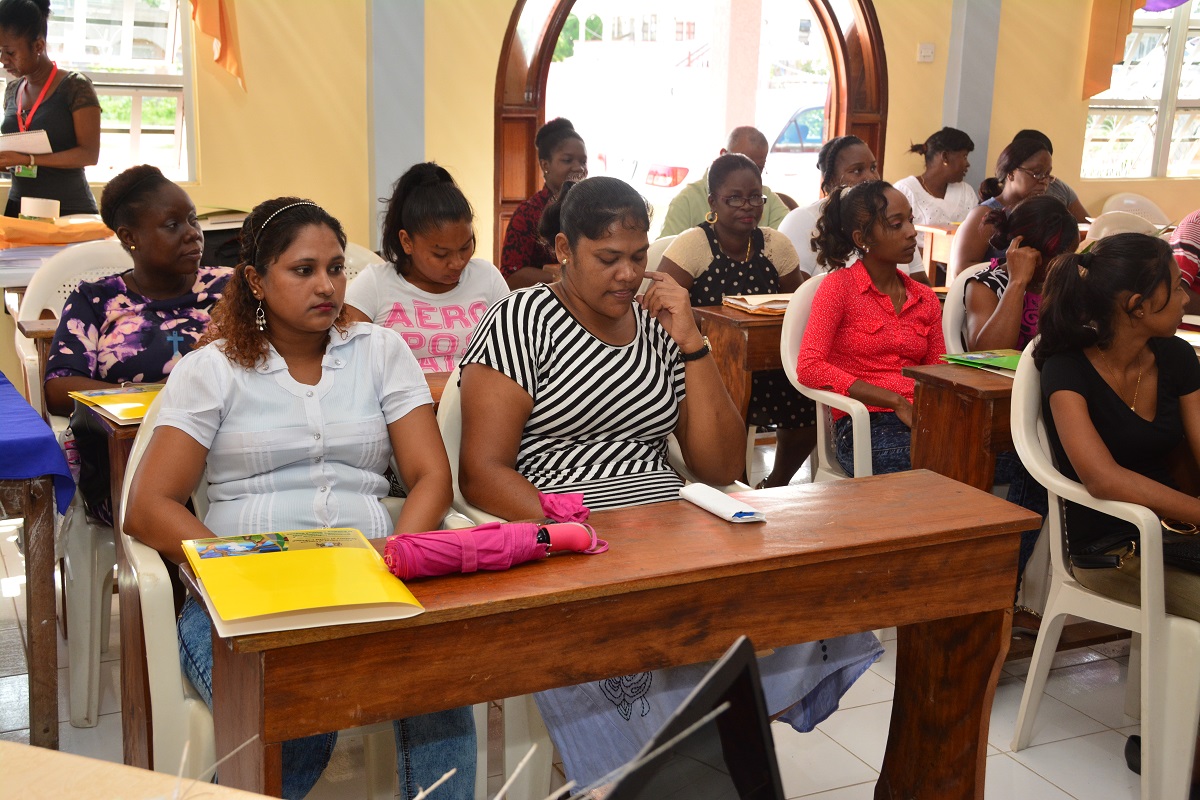 Similar sentiments were expressed by Ms. Omadevi Kowlesar of Clonbrook, who said that she was interested in learning more about social cohesion. “[I want] to learn more … to share what I’ve learned with others [and] to put it to good use,” she said.

Ms. Paula Carrington, also of Clonbrook Housing Scheme, said that she was excited to learn skills that she can use to enhance the lives of the young people in her community, particularly those enrolled in her floral arrangement class. “I’ve always heard about social cohesion so I wanted to know what it is all about and how I can go back and help … young people in my community, because some of them are out of school and some of them don’t have jobs and I want to see how I can help them,” she said.

During the two-day workshop, stakeholders will be engaged in sessions covering topics such as values, self-awareness, understanding diversity, trust building and nurturing communities, all aimed at advancing the social cohesion programme, within the context of implementing the National Strategic Plan on Social Cohesion 2017-2021. Trainers, Ms. Kala Seegopaul and Ms. Rolinda Kirton will lead the session, with assistance from Ministry of Social Cohesion, Technical Officer, Mr. Cleveland Hutson.

The Ministry has hosted several Diversity Education and Inclusion workshops across the country. These sessions involve stakeholders from faith based and women’s groups, senior secondary school students, regional officers, members of civil society and community development officers. The most recent workshop, which was conducted in collaboration with the Department of Culture, Youth and Sport of the Ministry of Education, was held on Wednesday March 3, 2017 at the Guyana National Service Ground on Carifesta Avenue. In January, workshops were held in Paramakatoi, Potaro-Siparuni Region Eight and at Aishalton, Upper Takutu-Upper Essequibo Region Nine.