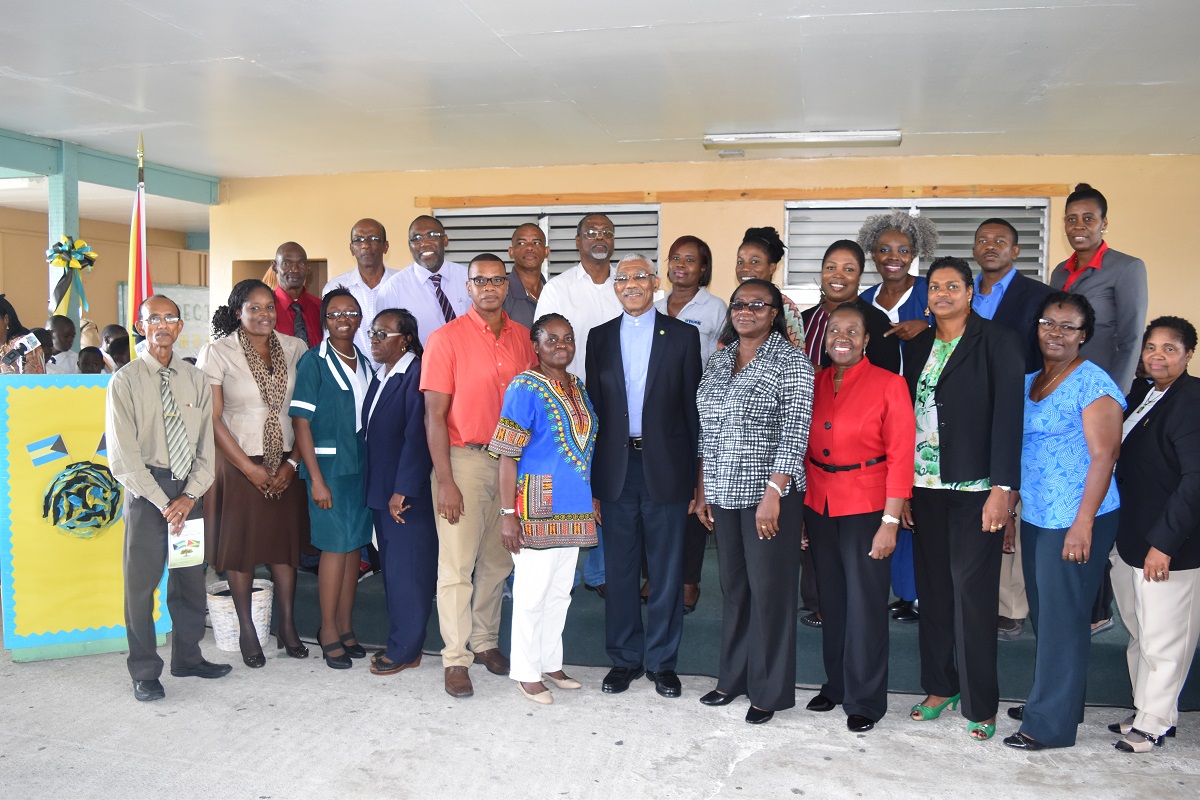 Georgetown, Guyana – (March 3, 2017) President David Granger was, today, the guest of honour at a Tree Planting ceremony at the Hugh W. Campbell Primary School in Freeport, Grand Bahama where over 20 teachers of Guyanese nationality are employed. The President arrived at the school in the company of the Bahamian Prime Minister, The Right Honourable Perry Christie to a warm reception by students and teachers of the school, whom he urged to designate March 3 as the Hugh W. Campbell Primary School Tree Planting Day. This, he said, will be a symbol of the solidarity and friendship between the Commonwealth of The Bahamas and the Cooperative Republic of Guyana.

The President thanked Prime Minister Christie for including the visit on the itinerary and said that he felt at home with the warm Caribbean welcome. “I am happy to be here. I would like to say thank you very much to the Right Honourable Perry Christie for bringing me here and I would like to congratulate him and his Government not only for what he has been doing for The Bahamas, but what he has been doing for the Caribbean,” he said.

Turning to the children, the President told them about Guyana’s pristine forests and its unique flora and fauna and commended their efforts to plant trees given the fact that many countries in the Region are faced with threats due to rising sea levels and natural disasters such as hurricanes, floods and droughts.

“That is the reason why I am here today, because when one or two people are threatened they can easily be hurt, but when all of us come together, it will be difficult to hurt us and that is why we establish this great community and I am here to show solidarity with the Government and people of The Bahamas as part of the great Caribbean Community,” President Granger said.

The Guyanese Head of State also spoke highly of the scale of development and prosperity that The Bahamas has been able to achieve over the years; noting that the country has always demonstrated solidarity with the rest of the Caribbean.

“The Bahamas has an outstanding record in terms of its financial services, the growth of the economy, in tourism and, of course, the friendship it has demonstrated to Guyanese professionals and to the rest of the Caribbean. I want to thank the Prime Minister and his Government for the friendship extended to the Government and people of Guyana,” the President said. 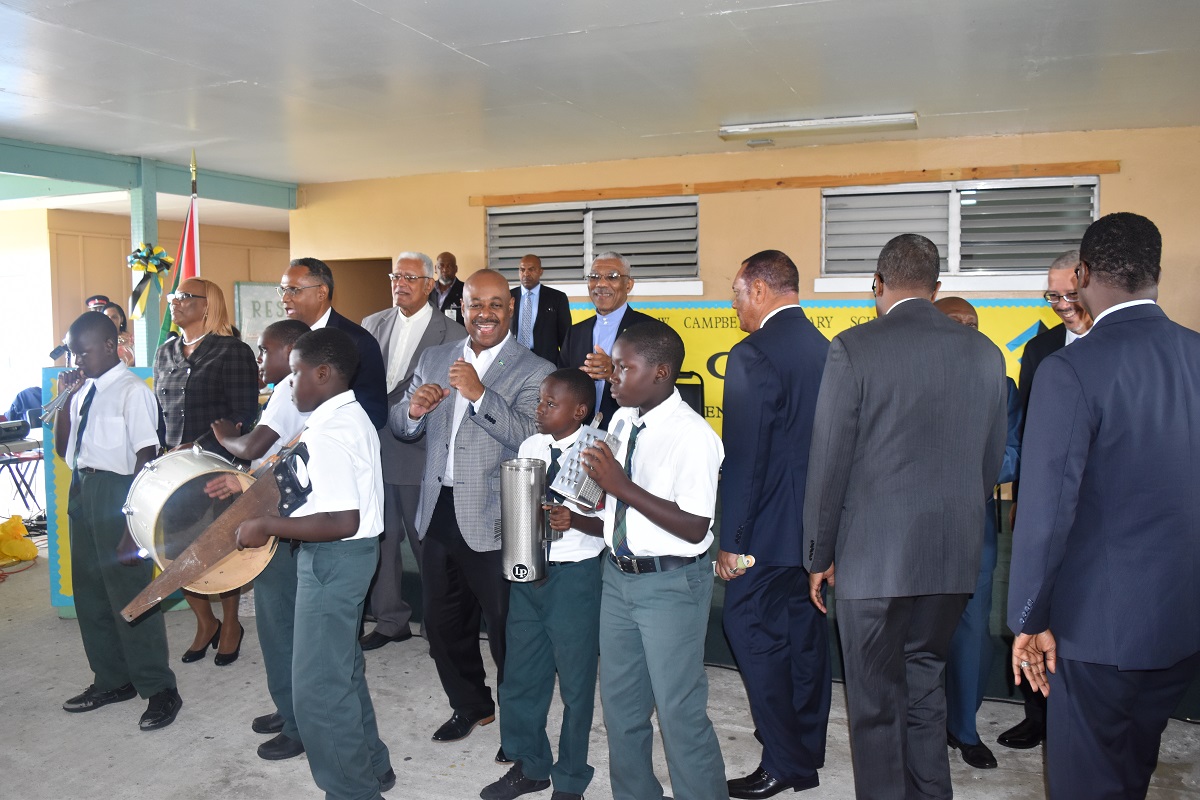 Meanwhile, Prime Minister Christie said that it is important for his countrymen and women to know more about the Region that they are a part of. “We must look at what we can do as countries to make ourselves better and what we can do to cause our children to be able to dream big; to dream about President, and Prime Minister and engineers and doctors,” he said.

Subsequently, President Granger attended the commissioning of a Sports Centre where he said that he has seen an effort on the part of the Prime Minister Christie’s Government to ensure that young people are given the best start in life, not only in education, but in sport as well. ​ 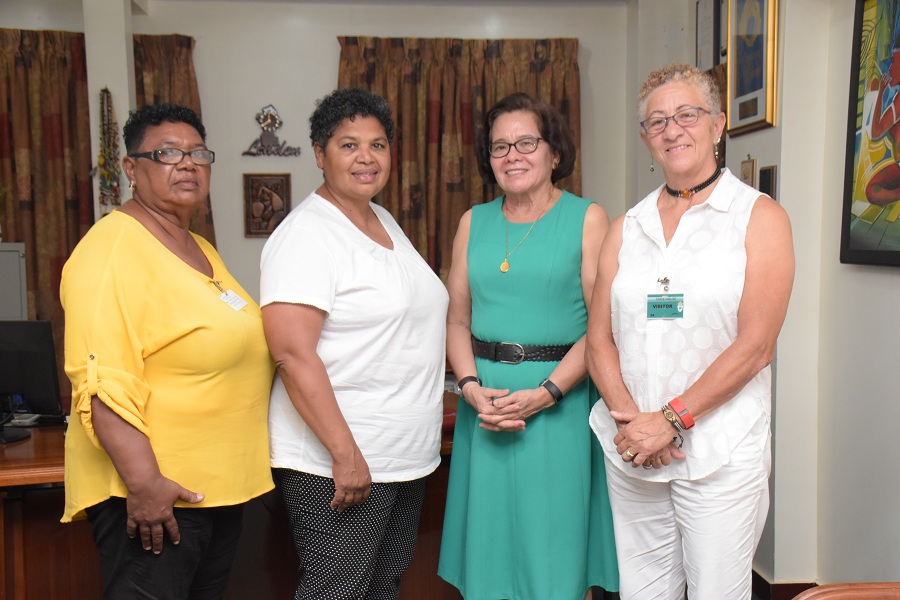