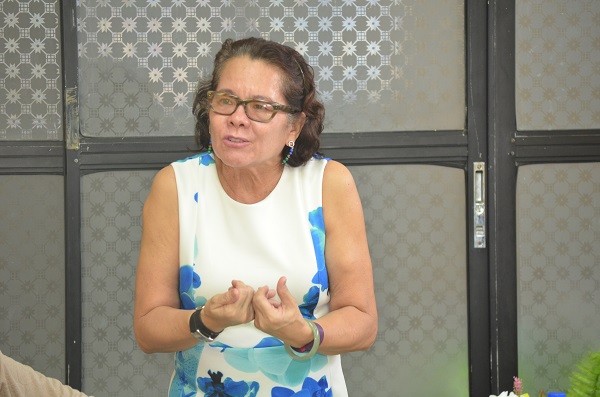 Georgetown, Guyana – (November 14, 2016) First Lady, Mrs. Sandra Granger, today, took her Self Reliance and Success in Business Workshop to a group of women in Linden, Upper Demerara – Berbice (Region 10), who were eager to capitalise on the opportunity to learn the necessary skills to start and advance their small businesses. This is the 11th workshop which has been held since its launch in September 2015 and the second one to be hosted in Region 10.

Forty women who hailed from West Watooka, South Dakara, Blueberry Hill, Siberia, Christianburg and other areas warmly greeted the First Lady at the opening session, which was held in the Training Room and Resource Centre of the Linden Enterprise Network Building in MacKenzie, Linden. The First Lady noted that this is one of the largest intakes of participants to date and she expressed the hope that at the close of the session the women will have become empowered.

“My expectations are … that women will become more self-confident and through the training they receive they will be able to become self-reliant and successful in whatever business venture they embark upon or [better] the one that they’re in already,” Mrs. Granger said.

First Lady, Mrs. Sandra Granger gestures as she makes a point at the launch of the 11th Self Reliance and Success in Business Workshop for women, today, in Upper Demerara-Berbice (Region 10).

The First Lady also said that she expects that the apprehension that the women feel today will be replaced by enthusiasm as they advance through the programme. “I think at the end of it women realise that there’s power within themselves and they can organise, they can motivate others and they can plan for themselves and their families. The biggest thing for me is to see women who might have come in … a few …are very quiet, you’re looking around and waiting to see what the others will do before you react. By the end of this week you will be fighting to speak,” she said.

To date, over 300 women have benefited from the sessions, which are funded by the Ministries of Social Protection and Indigenous Peoples’ Affairs and hosted under the auspices of the Office of the First Lady. Regional Chairman, Mr. Renis Morian said that he is grateful to the First Lady and her team for again hosting the workshop in the Region as “small business development has encouraged the participants”. 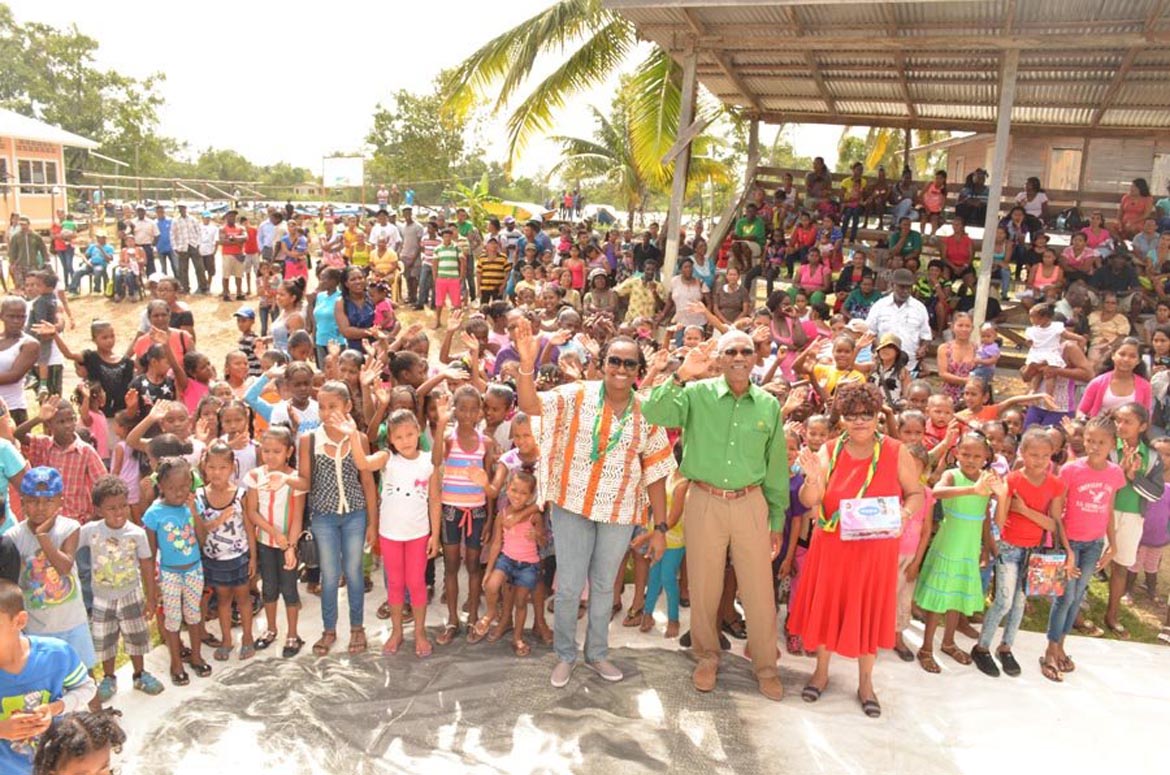 Some of the women display placards featuring the ‘Six Ps’ of Business, today, at the 11th Self Reliance and Success in Business Workshop for women in Upper Demerara-Berbice (Region 10).

“There are other areas in Region Ten where people demand certain services, certain products and they are not here…. The demand is there for products that are not being produced so at this time this workshop would go well, especially coming up to the Christmas season and the post-Christmas season. It will augur well for Region Ten,” Mr. Morian said.

The Regional Chairman also expressed the hope that the participants would use the five-day training session as a catalyst to further advance themselves.

Meanwhile, Mr. Wayne Barrow, facilitator at Interweave Solutions Incorporated, said that he is pleased that so many women have registered for this session as the first workshop in the region had accrued many long-term benefits for those participants. “So I expect that your impact will be greater still because you will learn from the others and you will learn from our experiences throughout the regions,” he said.

In an invited comment, Ms. Doleresse MacDonald, a small business owner of Section ‘C’ Christianburg, Linden said she hails from a small community and was confident that she could learn something that could enhance the lives of persons therein. 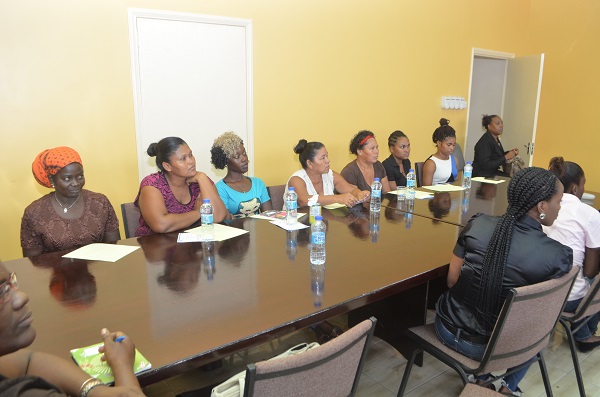 Some of the participants pay keen attention to First Lady, Mrs. Sandra Granger during her address at the workshop.

Ms. Bernadine Thomas expressed similar sentiments. Though she is not a business owner and has no immediate plans to embark on any such venture, she decided to participate in the workshop and intends to complete it and graduate. “After I hear about the training, I seh let me come and learn about business. I never had a business [of my own], but I just want to learn because in later days I could try to do something [for myself],” she said.

Other participants, like Ms. Candaysia DaCosta, revealed some ambitious plans for herself as she intends to become an independent woman. “[I want] to be a business owner one of these days, or to partner with a business. I would like to bring Bounty to the community… I have the two main things right now; the land, the plan and the energy to go along,” she said.