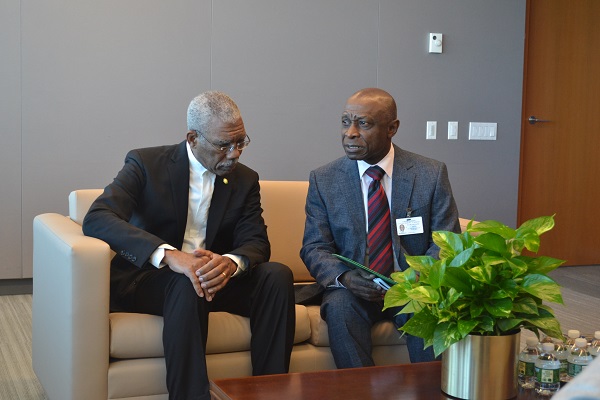 New York, United States – (September 24, 2016) Secretary-General of the United Nations, Mr. Ban Ki-moon, today declared “I have to make a assessment by November” on the way forward with regard to the Venezuela border controversy with Guyana.  The Secretary-General made these comments during a meeting with President David Granger at the United Nations’ Headquarters in New York.

President David Granger, during the meeting accepted this timetable and committed to providing any additional information, which Mr. Ban Ki-moon may need in order to complete that assessment.  The Head of State thanked the Secretary-General for his efforts.  “We have been very impressed with the seriousness with which you have approached the problem and your own sincerity… We have been personally convinced that you want to bring closure to this matter,” he said.

In a brief invited comment, following the meeting, President Granger added, “We support the process.  We are confident that this process will lead to a conclusion that is satisfactory.”