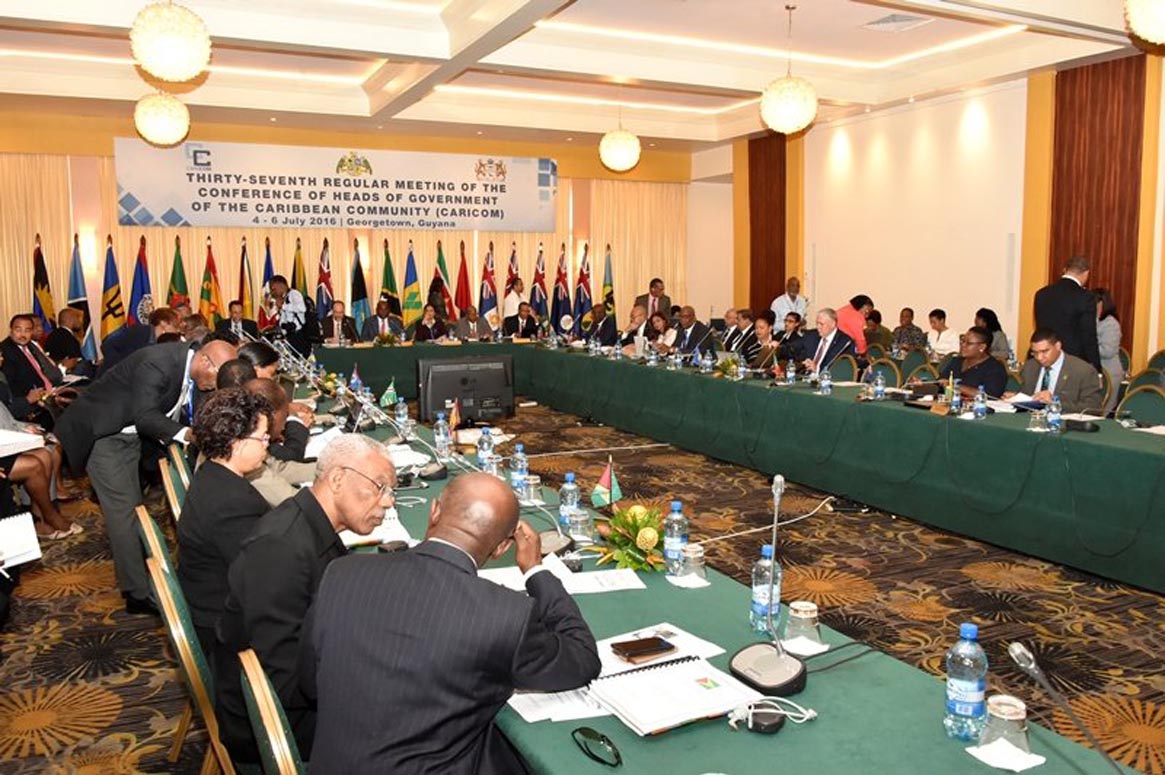 Georgetown, Guyana – (July 5, 2016) President David Granger said that CARICOM heads are committed to removing the obstacles to the smooth functioning of the CARICOM Single Market and Economy (CSME) and other mechanisms of the Community.

The President made these remarks in a brief comment to the media before going into caucus with his regional counterparts at the Pegasus Hotel, Kingston as the 37th Regular Meeting of the Conference of Heads of Government of CARICOM gets underway.

When asked if Guyana is considering appointing a high commissioner for Trinidad and Tobago, President Granger responded in the affirmative; but noted that Guyana is more interested in strengthening its relationship with the entire CARICOM.

Leaders of the Caribbean at the Plenary session of the Thirty-seventh Regular Meeting of the Conference of the Heads of Government of the Caribbean Community (CARICOM), which was held at the Pegasus Hotel earlier today.

President Granger said apart from the regional heads, Guyana is also proud to host Chilean President Michelle Bachelet who will be officially opening Chile’s Embassy in Brickdam, Georgetown. He said that Chile, which is prone to environmental disasters, will be able to lend expertise in terms of disaster management preparedness and climate change.

He added that the Chilean Embassy in Georgetown will serve to further concretise that country’s relationship with CARICOM.

In August last year, President Granger accredited His Excellency Claudio Rachel Rojas as the first ever resident Ambassador of Chile to Guyana. The Embassy is located at 66 Brummel Place, Stabroek Georgetown.