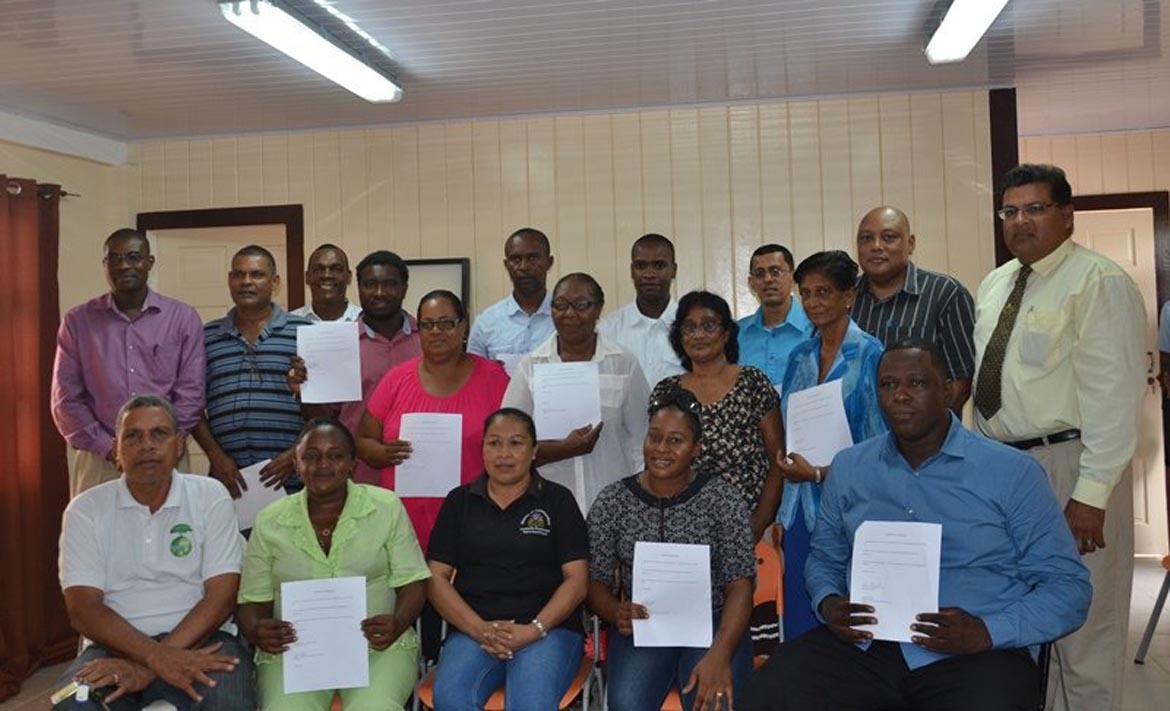 Georgetown, Guyana – (November 13, 2015) The Guyana Gold Board’s (GGB) Bartica office, which was closed in 2014 under the former administration after allegations of gold tampering surfaced, will be re-opened later this month by Minister of Governance with responsibility for Natural Resources and the Environment, Raphael Trotman.

This announcement comes even as the Government has commenced work in the Region Seven district to prepare Bartica for township status.

Minister Trotman, along with Minister of Public Infrastructure, David Patterson, Presidential Advisor on the Environment, Rear Admiral Gary Best, Lawrence Mentis, Head of the Force Unit, Ministry of Public Infrastructure and several other key officials, today, visited Bartica to see firsthand, the work being done to prepare the GGB office and the region as a whole, in the lead up to 2016, when the community will be declared a town.

Lisaveta Ramotar, Head of the GGB, who met Minister Trotman and the visiting team on location, said that the office will be ready for commissioning by month end, meeting the deadline, which had been set by the Minister.

The Bartica office, which is located in what is considered the gateway to the interior and a hub of mining activities, had been conducting operations for years and has been one of the main sub-offices for the GGB. Minister Trotman noted that the closure of the office was having a negative impact on the mining community and as such, the decision was taken to revamp and re-open the office to make business operations easier for the miners and traders in that region, especially with the establishment of the community as a town.

Ramotar reported to Minister Trotman that the staff is currently undergoing training in Georgetown even as final preparations are being made at the office. She added that strong security measures have also been put in place and once the office is opened, these systems will be fully operational.

In the meantime, Minister Trotman and Minister Patterson, who have been appointed as the Ministerial team responsible for the establishment of Bartica as a green town, used the opportunity to visit the Guyana Power and Light (GPL) plant to examine operations there.

“We wanted to see that was happening and how things were progressing. We are here to examine the works on the roads and more particularly the situation with GPL and the generators because residents have been crying out about the service so I wanted to assess for myself what was happening,” Minister Patterson said. 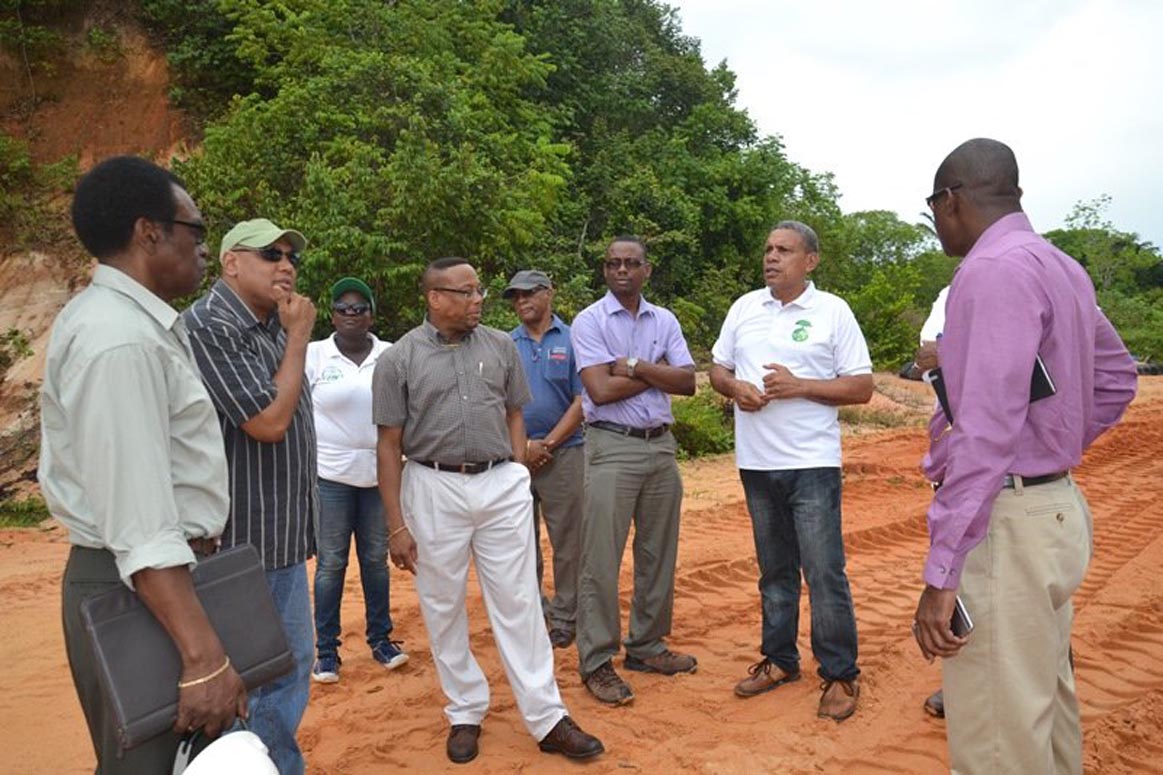 Minister of Governance, Raphael Trotman makes a point to Minister of Public Infrastructure, David Patterson in the presence of Regional Chairman, Gordon Bradford and other officials at one of the proposed Landfill areas.

He told residents that the Government has awarded a contract to repair the Bartica Stelling, while works will be done on the One to Five Mile roads. Minister Patterson further added that next year, the Bartica-Potaro road to Mahdia will be completed to bring relief to miners and traders. The airstrip in the region will also be upgraded. The team also visited the identified location for a proposed dumpsite in the region.

After touring the GGB’s Office, Minister Trotman on behalf of the Minister of Communities, Ronald Bulkan, swore in the Commissioners of the Interim Management Committee (IMC), which will oversee the work being done for the community’s township status. 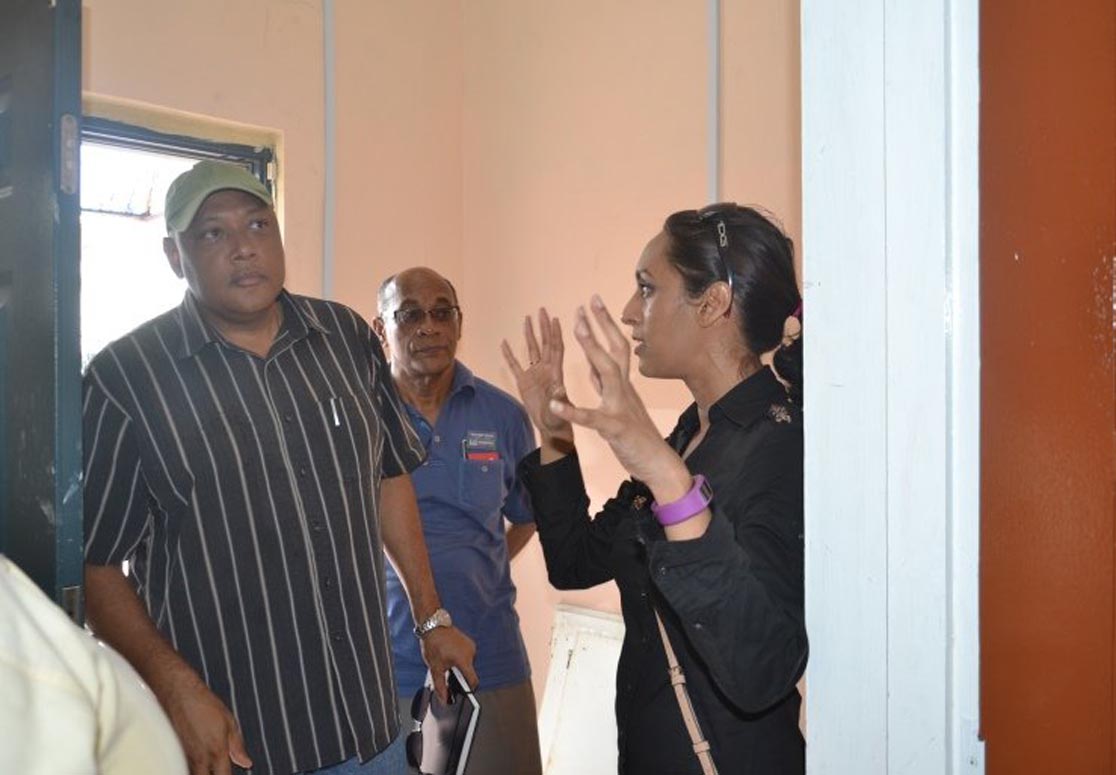 Head of the Guyana Gold Board, Lisaveta Ramotar explains the changes made  in the office to Minister Trotman