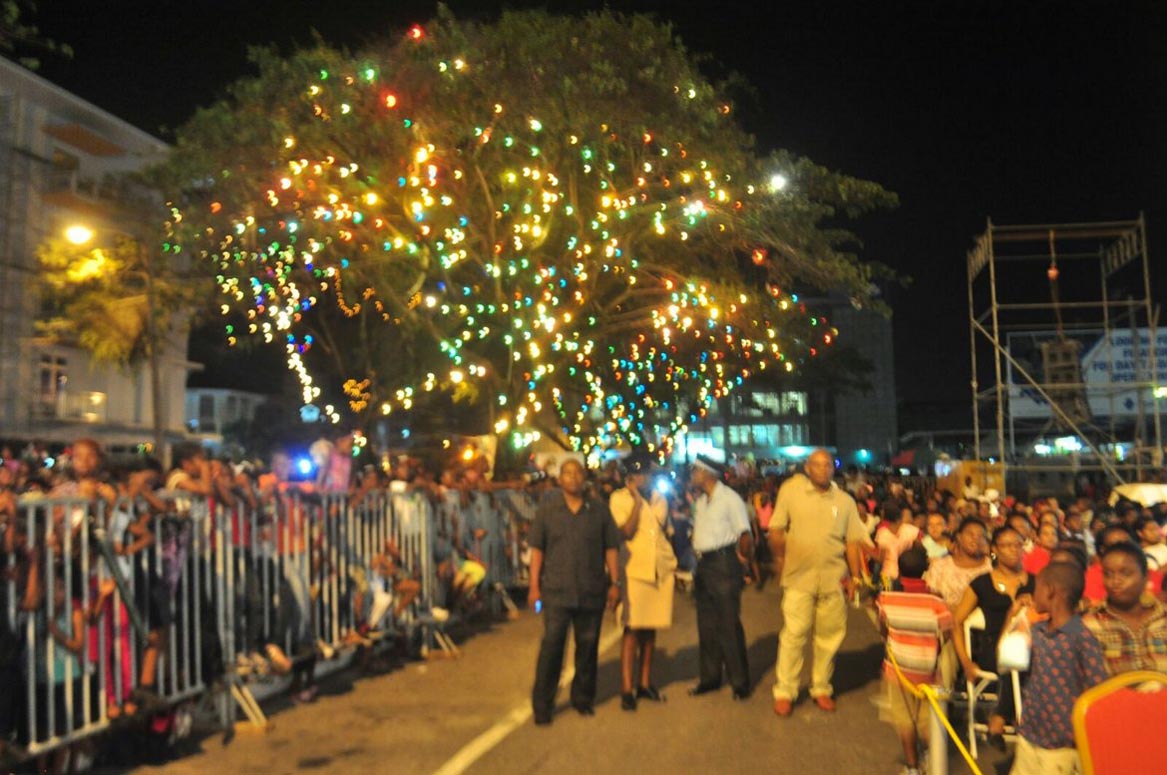 Georgetown, Guyana – (November 13, 2015) First Lady, Mrs. Sandra Granger, this evening, joined scores of Guyanese on Main Street to be part of the Courts Christmas Light-up, an event that has become an annual tradition to usher in the festive season. She was also presented with a cheque from the company to support her work with the non-governmental organisation, Women across Differences.

The light-up is actually the curtain-raiser for the series of activities that Courts has planned for the Christmas season.

Delivering brief remarks, the First Lady said that the lighting of the tree signals a time of love, joy, hope and sacrifice. She urged citizens not to lose focus of the significance of the season amidst all the celebrations and merriment.

She spoke of the history of Christmas tree lights, a tradition which dates back to the 18th century in Germany.

“Christmas lights remind me of God’s love for the human race demonstrated through his willingness to sacrifice his son so that we might all be given the promise of eternal life… Christmas is a time for family, sharing and togetherness,” the First Lady said.

She added that in the spirit of the season, Guyanese should spare a thought to those who are less fortunate and those who are suffering from illnesses and continue the tradition of giving and sharing in commemoration of the ultimate gift that God bestowed on humanity.

The First Lady’s speech was followed by the flipping of the switch by Minister of Tourism, Catherine Hughes, to light up the trees lining the Main Street Avenue. Apart from witnessing the light up, the crowd was also thoroughly entertained by a number of local artistes. 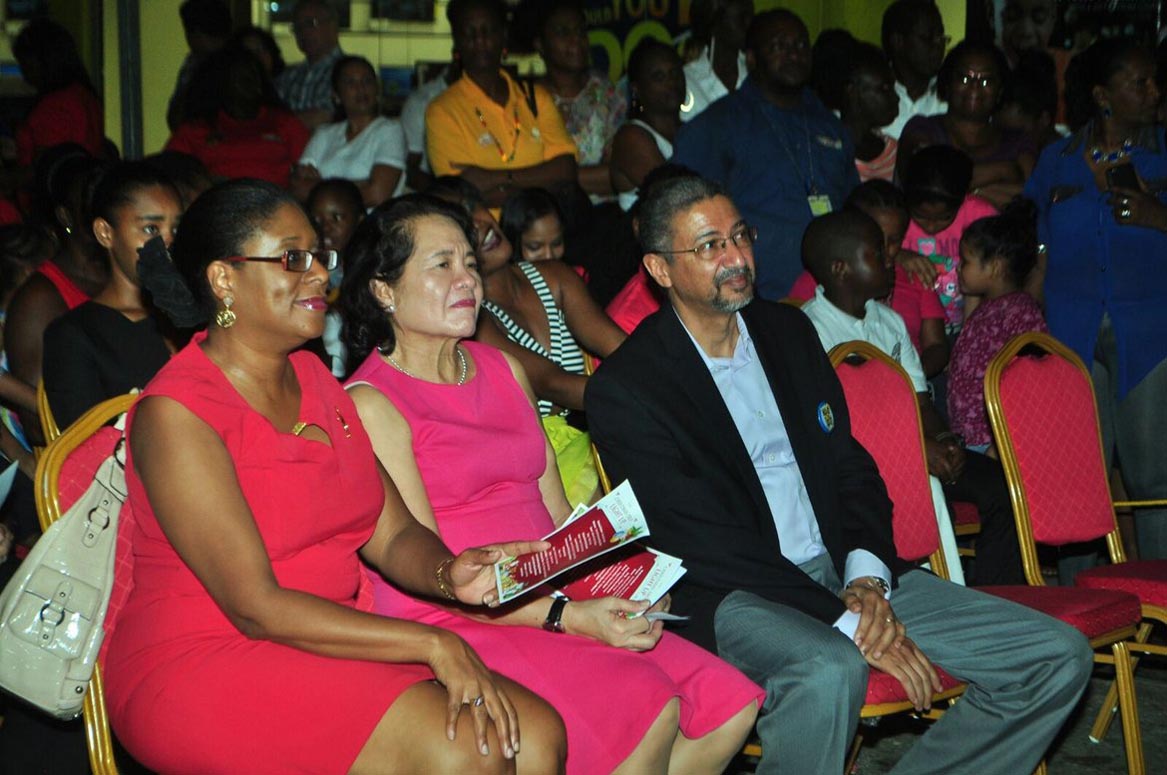