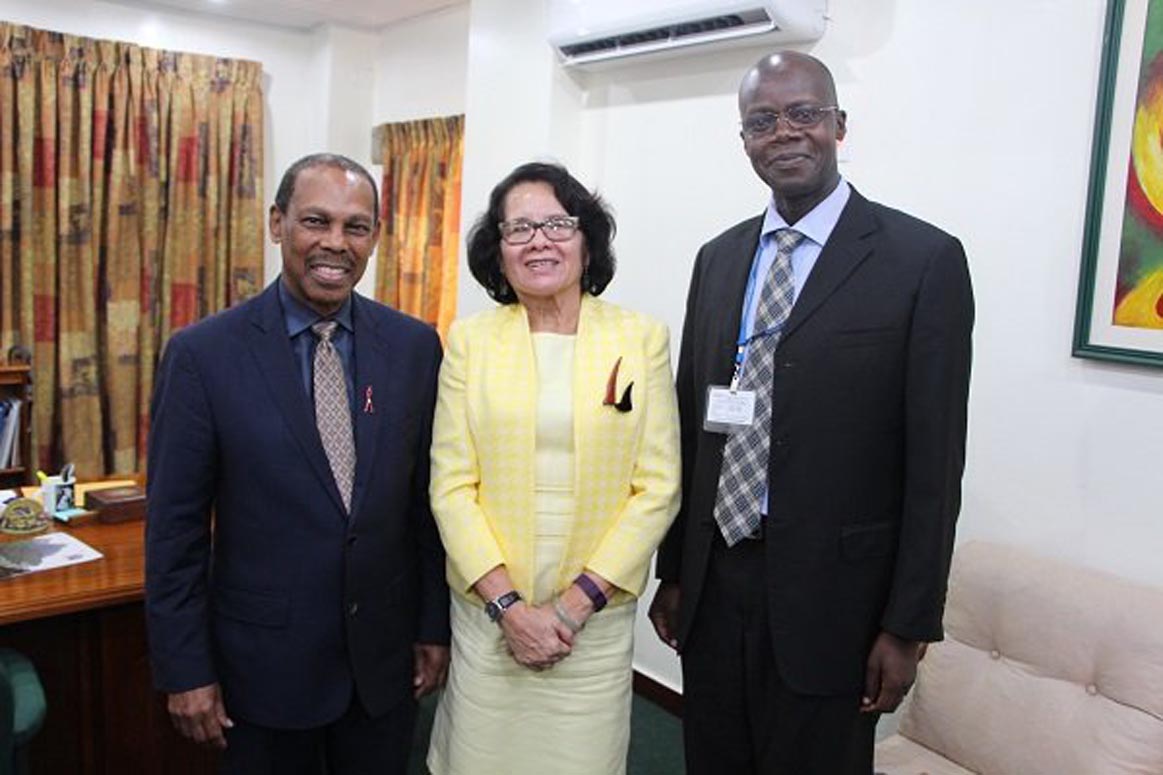 The purpose of this mission is to discuss with key government officials, issues in relation to the Fast-Track of HIV Response 2015-2020 initiative. This is part of the UN Sustainable Development Goals agenda and the UNAIDS Extended Strategy 2016-2021.

Meanwhile the team also met with First Lady Mrs. Sandra Granger at her Office. During that engagement Dr. Odiit assured that the UNAIDS stands ready to support the First Lady in her advocacy and efforts.

The First Lady in an invited comment said, “moving forward there is now a clear picture of what strategies can be used to aid UNAIDS work to reach their goal of ensuring that by 2030, ninety percent of people with HIV are tested and ninety percent of those tested are on treatment.”

The Joint UN Programme in HIV/AIDS brings together the efforts and resources of 11 organisations to unite the world against AIDS. It is coordinated by the UNAIDS Secretariat, headquartered in Geneva, Switzerland. 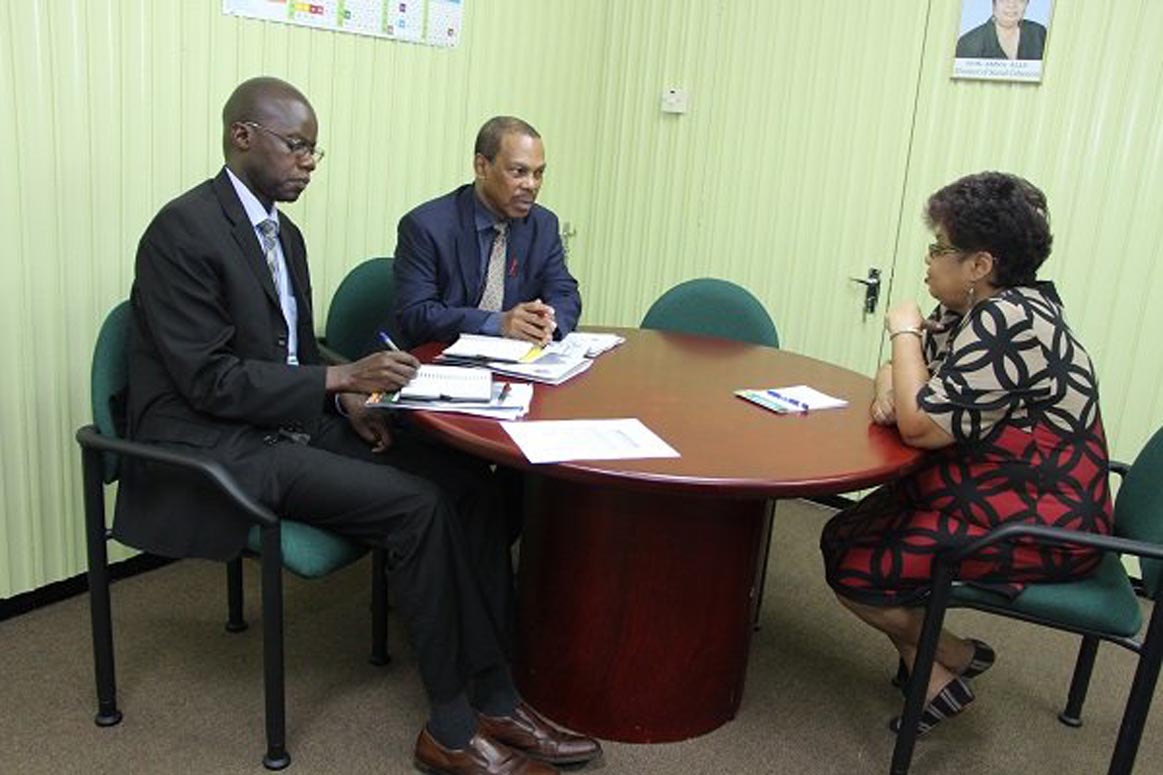