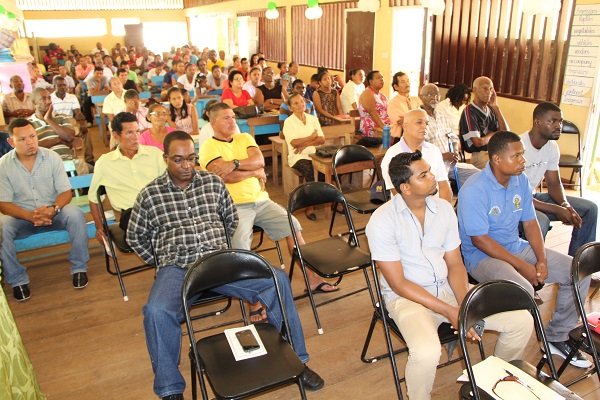 Georgetown, Guyana – (November 2, 2015) Minister of Social Cohesion, Amna Ally, on Sunday, took the message of national unity and togetherness to Mabaruma and Port Kaituma, Region One (Barima/Waini) and called on residents to cast aside political partisanship for the good of Guyana. “Regardless of our political persuasions, we must unite and work as one for the development of our region,” she said.

Minister Ally added that communities, the region and ultimately the country can only be fully developed if there is cohesion and cooperation. Even as she shared the message of social cohesion, Minister Ally hinted at several projects, which will be undertaken and supported by her ministry in the coming months, to improve the economic and social landscape of that region.

Addressing the large gatherings, first at the Mabaruma Primary School and later at the Port Kaituma Community Centre, Minister Ally said that the purpose of the activity was to involve citizens at the community level in a national conversation on the promotion of togetherness and national unity. This, she explained, was one of the short term recommendations coming out of the National Roundtable which was held on September 03, 2015 at the Arthur Chung Convention Centre (ACCC).

“These principles serve as the touchstones of our social cohesion work plan and are aimed at fostering greater cohesion within diverse communities and national unity between them and across the country,” Minister Ally outlined.

As she outlined her plan for the achievement of cohesiveness in the country, she reiterated that the work must not be left solely on Government, but citizens have a responsibility to support the fulfillment of the mandate set out. 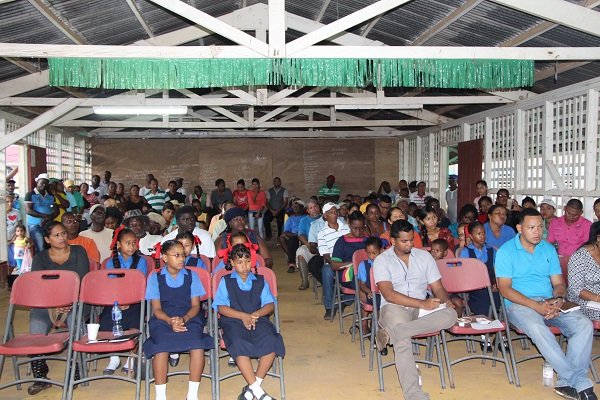 he audience at the Port Kaituma Community Centre on Sunday

“You have the clear responsibility to foster unity among diverse populations and create a vision for a common future that pivots on the acceptance of differences with a view to harvesting the strengths that are inherent in diverse societies… You can make a positive change in our country… We recognise that behavioural change is a pillar of reconciliation in this country and we must all contribute to achieving the good life that we all want right here in Guyana,” she said.

She also pointed out that her Ministry will be utilising a community driven approach to develop communities and regions so that avenues are created for persons to participate in decision making and outcomes in programmes and projects that the Ministry will implement.

In the meantime, residents welcomed the exercise in the Region, while they pointed out ways in which citizens can become involved in the fulfillment of the social cohesion mandate, even as they raised several concerns, including the neglect of their roads, children and social welfare, which the Minister promised to look into. 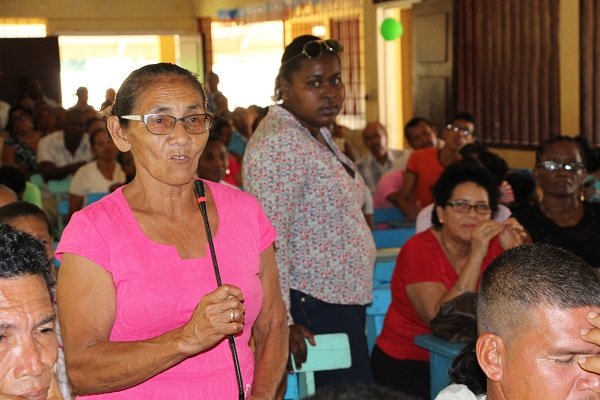 Elizabeth Ramscindo, a resident, sharing her concerns with the Minister on Sunday. 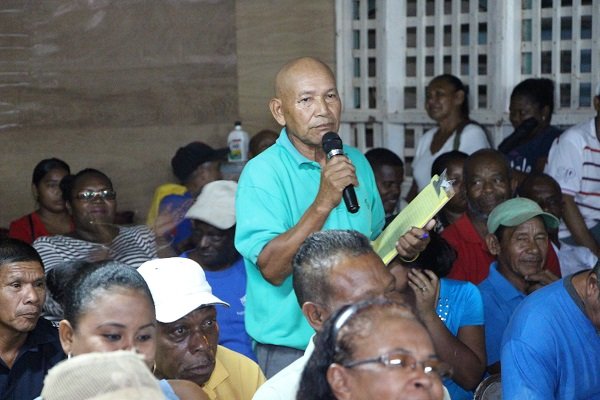 Mr. Antonio, a resident of Port Kaituma, sharing his views

One resident, Antonio, in welcoming the Minister’s visit, said that the region has been neglected for far too long under the previous administration and it is the residents’ hope that much needed changes will take place under this administration.

Elizabeth Ramscindo, a villager, used the meeting to advocate for opportunities for youth empowerment and for better roads for the communities. “We need jobs for our youths and we have our roads; we need a better road in our community and this should be done as early as possible,” Ramscindo said.

Similar issues were expressed over at Port Kaituma and Minister Ally promised the residents of both communities that attention will be given to the region to ensure that all Guyanese have a good life.