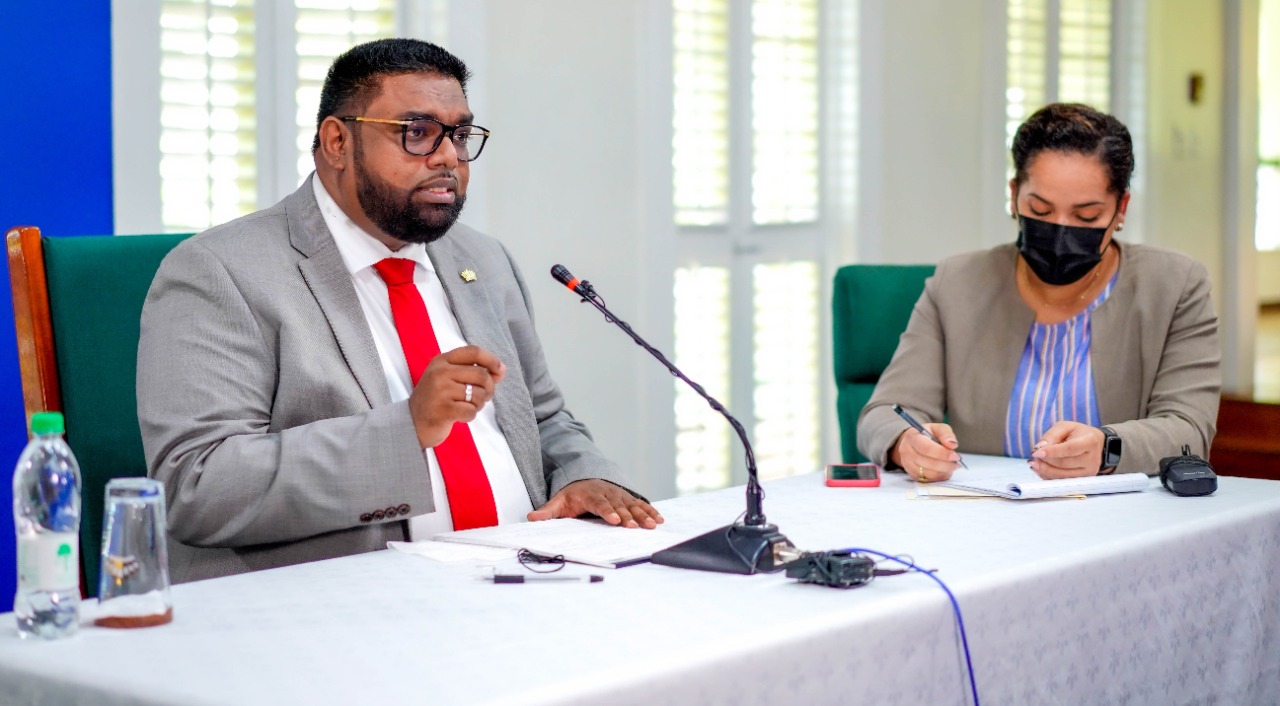 Georgetown, Guyana—(August 3, 2021) His Excellency Dr Irfaan Ali reaffirmed his administration’s aim to establish a Commission of Inquiry (COI) to examine what transpired in the 2020 General and Regional Elections.

The Head of State made this assertion during a virtual press briefing held yesterday to commemorate his Government’s one-year anniversary in office.

President Ali emphasised that despite the ongoing deliberations into the matter, his Government is “committed” to identifying the individuals responsible and pinpointing possible areas of weakness that can be used to guide the required strengthening of Guyana’s electoral system.

“So that never again can we experience such a barefaced attempt at facilitating and attempts to steal an election.”

To this end, he disclosed that the process has commenced to engage various stakeholders in finding suitable names that can be part of the Commission.

While the President also assured that the PPP/C Government welcomes Local Government Elections (LGE), and the Government would have made the necessary budgetary provisions to facilitate LGEs, he emphasised that it rests on the shoulders of the Guyana Elections Commission (GECOM) to make preparations to ensure readiness and to advise accordingly.

He pointed to the fact that GECOM is still dealing with a motion to remove individuals who were allegedly involved in last year’s elections fiasco.

“So be assured we are ready. We are supportive of Local Government Election with a transparent election machinery, with professionals in place to conduct those elections so that we don’t experience what we did just a year ago.”

Prior to yesterday’s press briefing, President Ali made an address to the nation, where he reminded Guyanese that on August 2, 2020, with the support of the regional and international communities, the people of Guyana celebrated “the recovery of our democratic rights”.

“It was an historic moment in our nation’s life. We, the people, decided that the history of rigged and stolen elections, which we suffered in the past, would not be tolerated then or at any time in the future. We established, with resolve, that Guyana and the Guyanese people are committed to democracy and democratic principles, including respect for the decision of the majority.”

President Ali’s address on the First Anniversary of his Presidency