Region Eight is a centrepiece for national development – President Ali 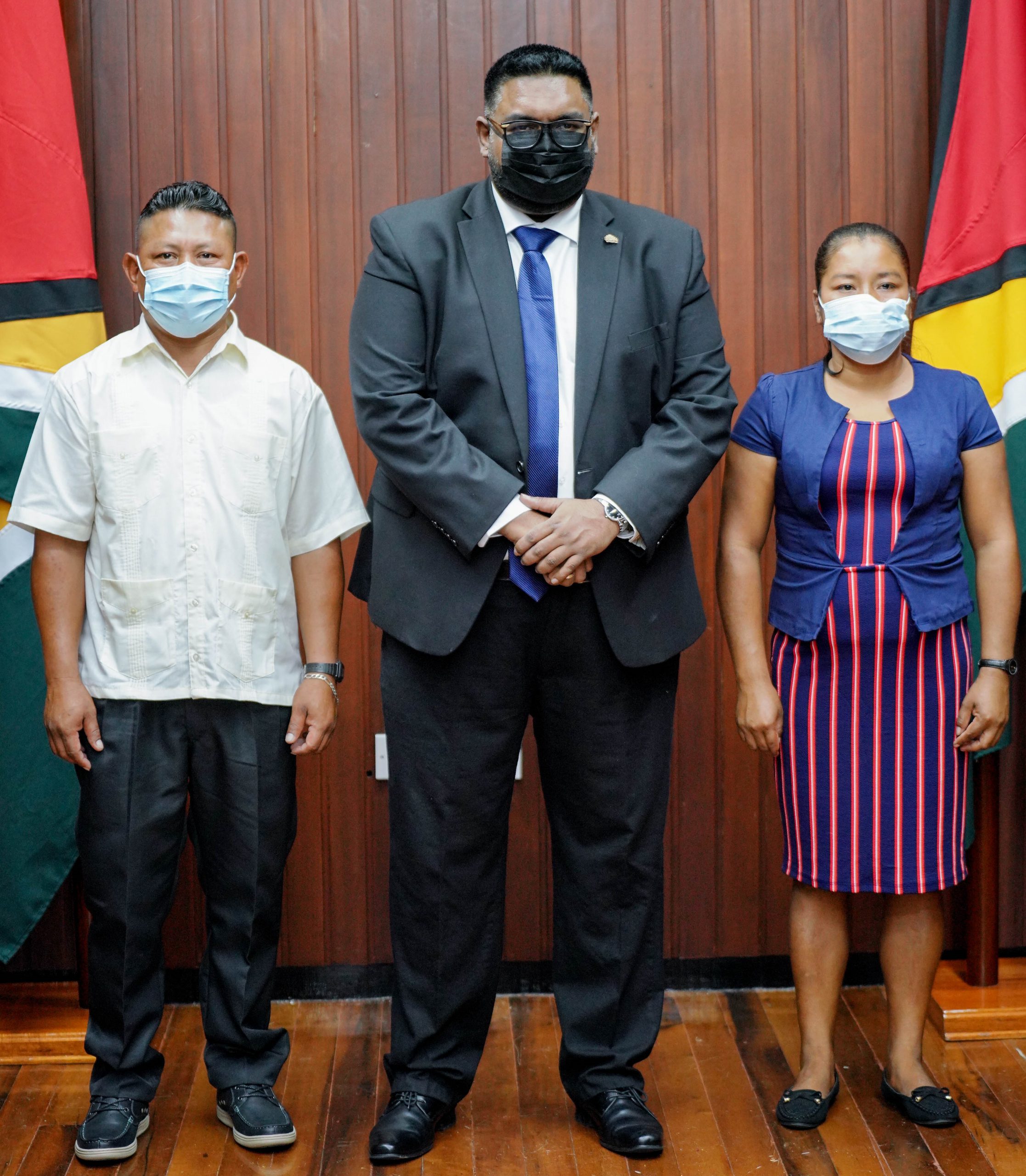 The Head of State made these remarks at the Office of the President as he administered the oath of office to Mr Headley Pio and Ms Claris Francisco as the elected Chair and Vice-Chair of the Regional Democratic Council in the region.

“I wish to congratulate the new Chair and Vice Chair of the Potaro/Siparuni Region, in taking their oath of office today. I wish them well in their service to the people of Region Eight.  Of course, they come from a region which has the smallest population in our country, but a region that is extremely rich in natural resource, a region that plays a key part in our ecosystem, our biodiversity system and of course, an important part of the  Low Carbon Development Strategy (LCDS).”

President Ali noted that Region Eight will continue to play a pivotal role in the advancement of the LCDS, while functioning as a core component of national development.

“This region therefore plays an integral part; it’s a centrepiece in our national development. As you’re aware of already, we announced that our development trajectory will be based on an expanded Low Carbon Development Strategy.

The President noted that while the region will see tremendous investments and improvements to the lives of residents; Government will also be working closely to ensure that it builds viable communities through sustainable livelihood programmes and sustainable employment opportunities.

Towards this end, the President said that Central Government will engage the region in the diversification of its localised economy with particular attention to food security and agriculture.

REDUCING THE COST OF TRAVEL

President Ali pointed to the high cost of travel to the region which he said is an “inhibitive” factor in terms of regional development. He also committed to ensuring that the region attracts the necessary investments to remedy the situation.

“As you know, access to many of the communities within this region is very expensive, it requires air travel… So we’re also working on greater investment to bring ease in the transportation network, and ultimately to reduce the cost of transport within the region itself.”

In closing, the Head of State encouraged the newly sworn-in regional representatives to fully integrate themselves into the national development framework while serving the people of the region.

“We hope that you will continue to represent the people, represent their interests well as we work towards building a strong partnership and taking our country forward, congratulations.”

The Regional Chair and Vice-Chair for the other nine Administrative Regions were administered their oaths of office on January 15.