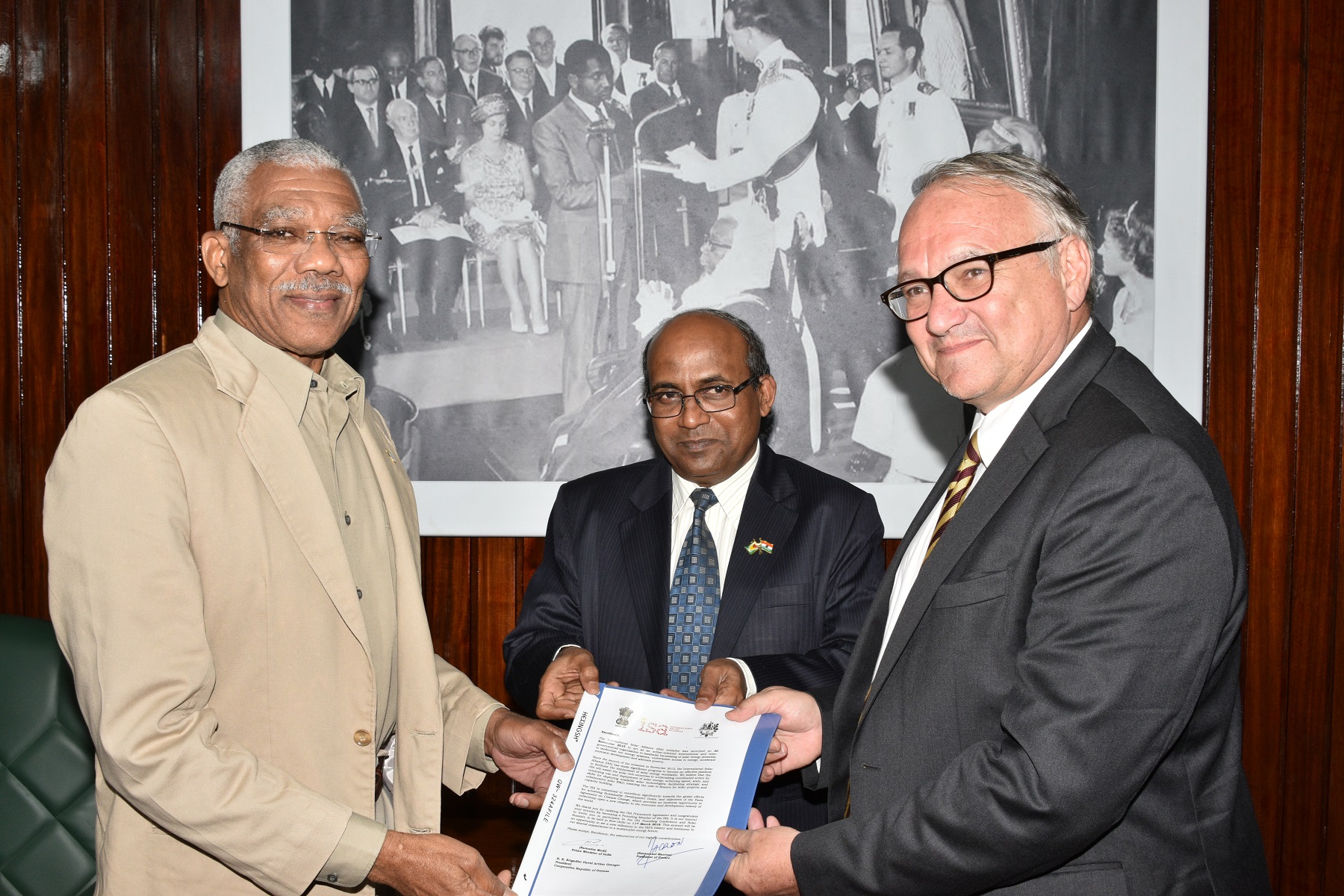 Georgetown, Guyana – (August 28, 2017) Fifty-seven young people, last Thursday graduated from the Buxton Information and Communication Technology (ICT) workshop and the Buxton Youth Development remedial programme, both of which are held under the auspices of the Office of the First Lady. Twenty-four high school students and out-of-school youth graduated from the ICT workshop, which is held in collaboration with the Ministry of Social Protection. Meanwhile, the remedial programme, which is sponsored by the Office of the First Lady, graduated 33 high and low achieving Grades 2-6 students, drawn from the Buxton, Company Road and Friendship Primary schools. The ceremony was held at the Friendship Primary School, East Coast Demerara.

The ICT workshop is certified by the Board of Industrial Training (BIT) and equips graduates with basic ICT skills. “Some of the graduates in our ICT workshops have been employed by the National Data Management Authority… The world is open to you because computer skills will be required for 75 percent of the jobs in the world. So think about it and keep that skills going, use it or lose it,” the First Lady said during the graduation ceremony.

Meanwhile, delivering the feature address, Head of the Faculty of Social Sciences at the University of Guyana, Ms. Andreasa Morris-Martin commended the First Lady and the organisers for recognising the necessity of this type of training in a fast-paced, technology driven world. “I really do feel that ICT and anything computing really is the sort of knowledge we need to impart in our young people because really and truly if they don’t have those skills it is very likely that they are going to be left behind,” she said.

First Lady, Mrs. Sandra Granger (second from right) and some of the graduates of the 2016-2017 Buxton Youth Development Initiative remedial programme, this afternoon, at the Friendship Primary School. Ms. Joycelyn Wilson and Mr. Deon Morris are also pictured, first and second from left.

The ICT curriculum also included instruction in remedial Mathematics and English courses as well as sessions in sexual and reproductive health, training in Science, Technology, Engineering and Mathematics (STEM) subjects, micromanagement development and soft skills; including ethics and time management. Ms. Dinelle Blair graduated as the Valedictorian, Ms. Kenzia King as Salutatorian and Mr. Trevlon Sutton was named the Most Improved Student.

Ms. King said that she decided to participate in the workshop because she could earn a recognised certificate, which would augment her qualifications. “I heard that [the workshop] would give me a certificate that will be recognised nationwide and I took the opportunity because I couldn’t afford to pay for it… The experience was great. The journey was a bit challenging, first to get along with [strangers], but overall it was good,” she said. Similar sentiments were expressed by Ms. Diane Persaud, who recently completed the Caribbean Secondary Education Certificate (CSEC) Examinations and is hoping to pursue studies in information technology. “I decided to participate in this programme to gain knowledge and experience about computers and other [subjects] that I wasn’t familiar with,” she said. The ICT programme is the second one completed in 2017 and the fourth since the programme started in 2015. It is expected to be introduced on the East Bank of Demerara next month.

With regard to the remedial programme, the First Lady said that all reports indicate that its beneficiaries are doing better in school than they did last year. “Mothers were proud that their children, who had entered Grade Four unable to read were reading by the end of the school year. I have been advised that the literacy rate of the Friendship Primary School has moved from 57 percent two years ago to 87 percent this year”, she said.

Government in Action: Equitable and quality education for all Guyanese — Part 3