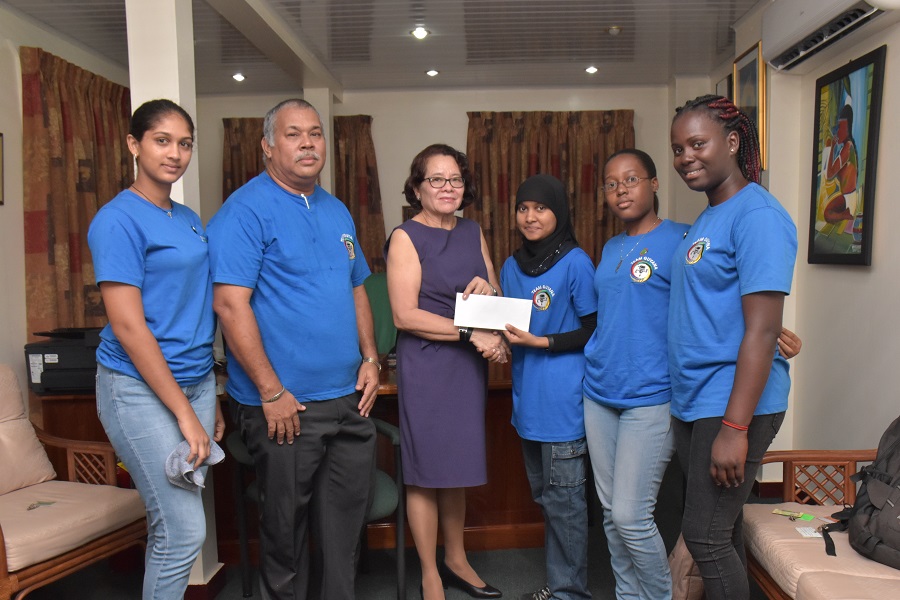 Georgetown, Guyana – (February 11, 2017) The Black Bush/Mibicuri and the Canje Secondary Schools, today, received a total of 40 bicycles under President David Granger’s ‘Boats, Buses, Bicycles plus Breakfast and Books’ or ‘Five Bs’ programme, which is aimed at helping students to get to school by removing the barriers to the access of education. With the donation of 20 bicycles to each school, the Heads of the institutions are optimistic that the attendance and punctuality of the beneficiaries will significantly improve.

First Lady, Mrs. Sandra Granger and Minister of Social Protection, Ms. Amna Ally, who oversees the project, today visited the schools to make the presentations and both noted that the Government is serious about creating equal opportunities for every child, particularly in access to education.

Delivering remarks at the Black Bush/Mibicuri Secondary School, Minister Ally said that the country’s growth and development is dependent on educated children and as such, the necessary investments must be made now by the Government to ensure that this becomes a reality. “That is the one of the visions of our President, David Granger. If our children are not educated, there will be no tomorrow for us. There will be no nation building, no development and so the President is focusing on education and it is not education for one set of people. It is for all of Guyana,” she said.

A student from the Canje Secondary School receiving her bicycle under the Five Bs programme from First Lady, Mrs. Sandra Granger.

Noting that the East Berbice-Corentyne Region (Region Six) currently boasts three school buses, a boat and hundreds of bicycles, Minister Ally said that this is a demonstration on the part of the Government commitment to the development of the Region. However, while Government is doing all that it can, the Minister said that it is incumbent on parents and guardians to ensure that everything possible is done to have their children access education.

“We have heard stories of boys dropping out and working on the farms and I want to say this; parents now is the time you have to help your children to develop. Now is the time that you have to ensure that your child gets a good education. While only 20 bicycles will be distributed today, we are coming back to Black Bush so that more students can benefit and so I want to urge parents to think seriously and try to avoid not giving your children the best of education. Ensure they come to school every day and on time. Under this Government there is hope for you for tomorrow,” the Minister of Social Protection said. 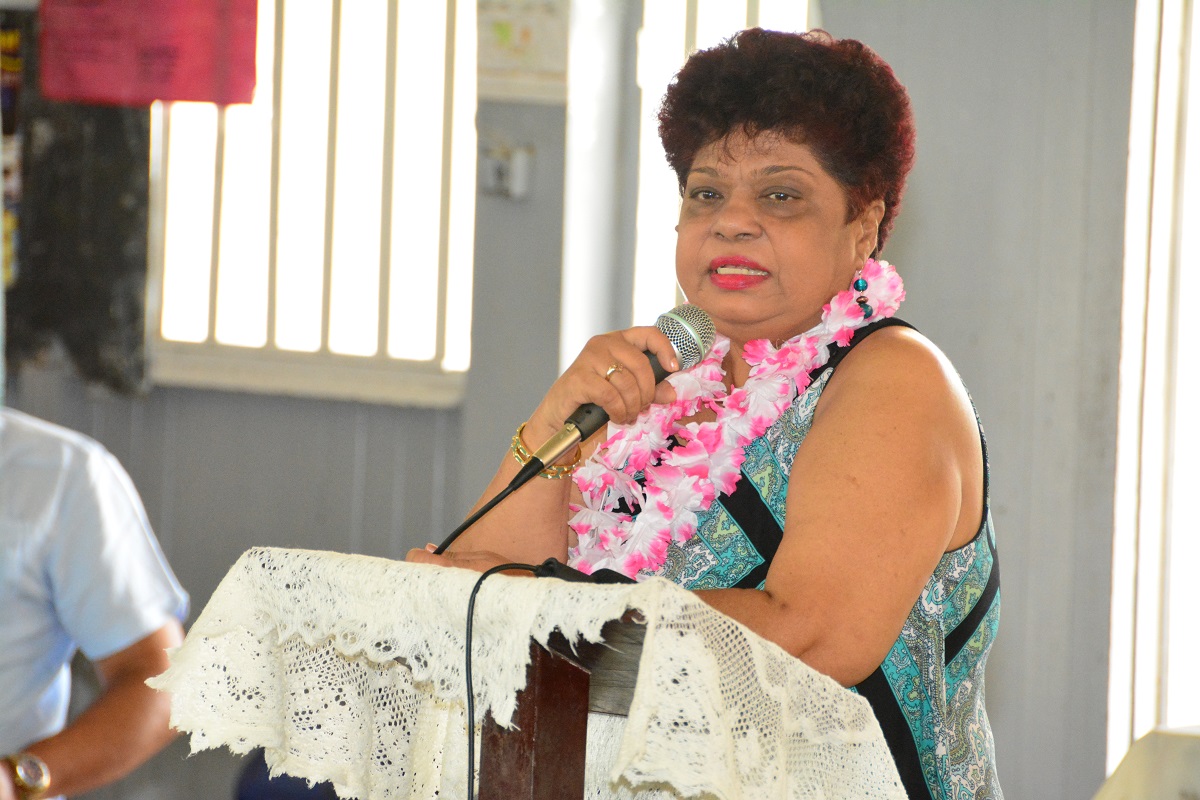 Head Master of the School, Mr. Asad Hussain, in an invite comment said that absenteeism and poor punctuality have been major issues for the Black Bush Secondary School. He noted that while there are 150 students on the school’s register, only an average of 110 students are recorded as present at school daily. “It will benefit them greatly because in this area we have a transportation problem and as such I know that with the bicycles, they won’t have to depend on a vehicle to come to school. We have a lot of dropout rates so yes, it will go a long way,” he said.

Over at the Canje Secondary School, First Lady, Mrs. Sandra Granger told the students that the Five Bs programme provides an opportunity to every beneficiary to not only get to school but to work towards their future goals and ambitions. “This started because my husband was moved by what he heard and the important is that behind it all is the belief that you are entitled to an education. Our country will only be built by educated people. So this provides you with an opportunity to get to school on time, less tired, less weary. Hopefully, this can also encourage to be involved in more activities because you will now have the time to do more. You are special to have received these bicycles,” she said.

Minister Ally said that one of the goals of the programme is to reduce the financial burden on less fortunate families. The President, she said, is determined to expend every available resource to ensure that children are not denied their opportunities to have a sound education. “The President has a passion for education. The President has your interests at heart and he is doing everything possible within his means to ensure that we reduce if not eradicate those difficulties so that you can enjoy a good life. These bicycles belong to you and are here to help you with the distance and ensuring that you do not have to pay huge sums of money to get to school,” she said.

Head Mistress of that institution, Ms. Vanessa Jacobs, in an invited comment, said that the donation of the bicycles is timely and will assist parents significantly, while ensuring that the attendance and punctuality at the school are significantly improved. “We have students who come all the way from the East Bank all the way down to Canje and the cost for transportation is most times prohibitive. Getting transportation to school is very difficult and most of these students come from single parent families or low-income families. So it is very much appreciated and will go a long way,” she said.