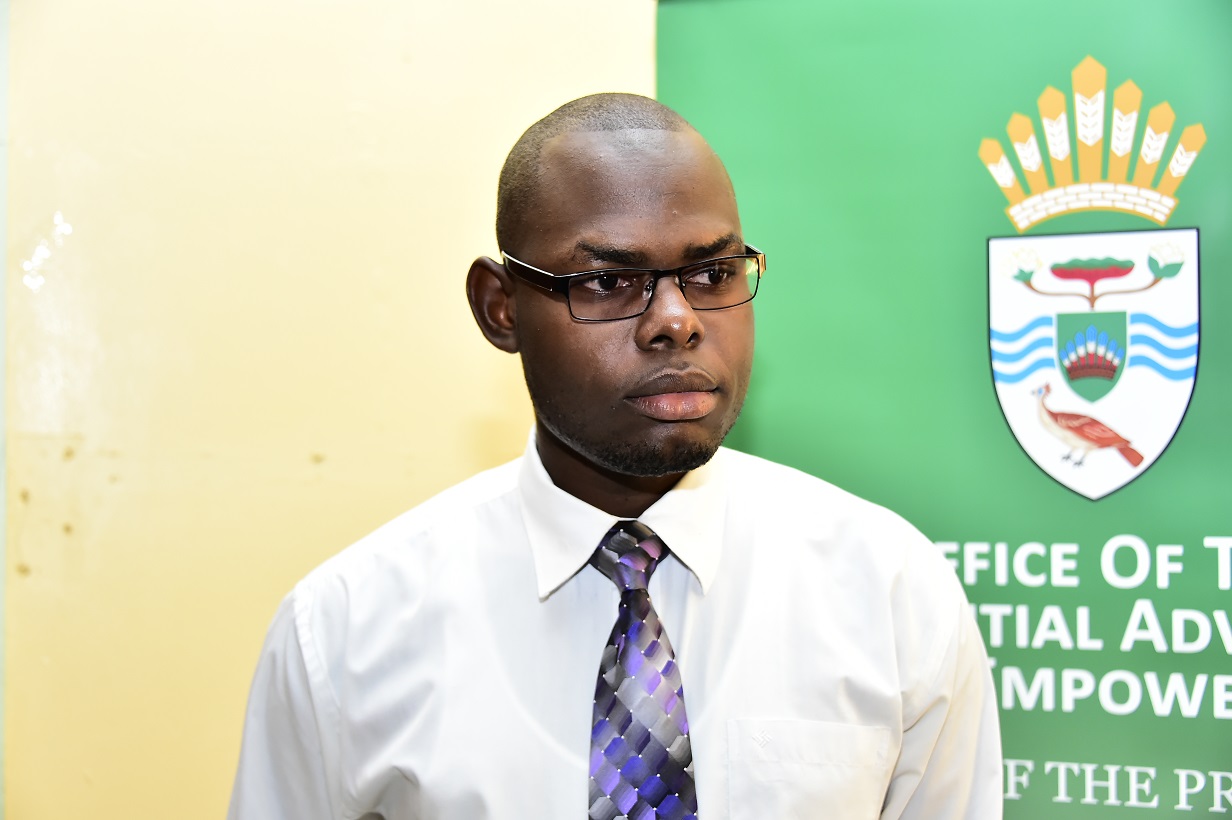 Georgetown, Guyana – (February 12, 2017) President David Granger, today, announced that he will re-establish the Guyana Youth Corps on January 1, 2018, to empower the nation’s youth and provide them with the skills needed to prepare them for the work force and equip them to aid in the development of Guyana. The Head of State made this announcement at the Graduation Ceremony for 57 young people, who successfully completed Module Two of the Youth Leadership Training Programme at the Madewini Training Centre.

The Guyana Youth Corps was first established on January 1, 1968 as a means of solving the youth unemployment problem. It operated for seven years, during which time, approximately 1,200 youth benefitted from the programme. The Youth Corps was then absorbed by the National Service on January 1, 1975, which itself was dismantled in 2000. Due to a weakened education system over the past two decades, President Granger has lamented the fact that over 4000 children drop out of school every year in Guyana… In some Regions 90 percent of students fail English and Mathematics at the National Grade Six level. This leaves many young people disadvantaged and unable to develop their potential.

“It will be the 50th anniversary of the establishment of the first Guyana Youth Corps and I will bring together some of the agencies, which are just nibbling at the edges of our youth enterprise in Guyana…so that young people, who might have faced challenges in their education can voluntarily come in and learn skills and prepare themselves for the world of work… so that we give our young people an opportunity. This will take place in the hinterland and the coastland,” the President said.

The President said that such a move is critical to ensuring youth empowerment in Guyana and added a good education is fundamental to reducing youth unemployment and preparing young people to lead in the development of a more technologically advanced ‘green’ Guyana. “I want to see a [country] of fuller employment, of greater empowerment, of wider equality and of progress for the young people of this country… I look forward to the establishment of the Guyana Youth Corps when we can move thousands of children out of poverty and into prosperity,” he said.

The Head of State commended the graduates for reaching this stage of the Youth Leadership Training Programme, and said that this signifies that they have now taken a step forward toward achieving Government’s vision of the good life. As such, the President said, the Programme is meant to help young people holistically understand both their destiny and their legacy. He also acknowledged that there are many challenges facing young people. However, the President said that these challenges can be solved through ensuring equality, education, employment, empowerment and entrepreneurship opportunities for the nation’s youth.

Mr. Orin Nelson said that he is happy that Government is investing in the lives of young people

“We have to deal with these challenges facing Guyanese society because you are the future of Guyana. My generation has to prepare this country for you and when your turn comes you have to do the same to bequeath this great country to your children and grandchildren,” he said.

More importantly, the President said, young people between the ages of 15-25 take up about one third of the country’s population. “This is an important group for me because if you don’t make it successfully through that 10 year gap, it means that your prospects of having that good life would be severely impaired… That is why I am so concerned about giving children equal access to education. We have to do something about those 250,000 young people. Those are the young people of Guyana and those are the people who concern me most” he said.

Meanwhile, some of the participants expressed their gratitude to the Government for investing in their development and aspirations in order to empower them and their peers to deal with their challenges.

Mr. Shavez Hendricks, who hails from the Upper Takutu-Upper Essequibo (Region Nine), believes that the hosting of such programmes is one of the best ways of investing in young people in order to groom them to be leaders. “When you bring young people together from various backgrounds we learn from each other and we can use this experience to deliver to our people, encourage our people and share the knowledge in our communities and I think it’s a good investment by the government,” he said. 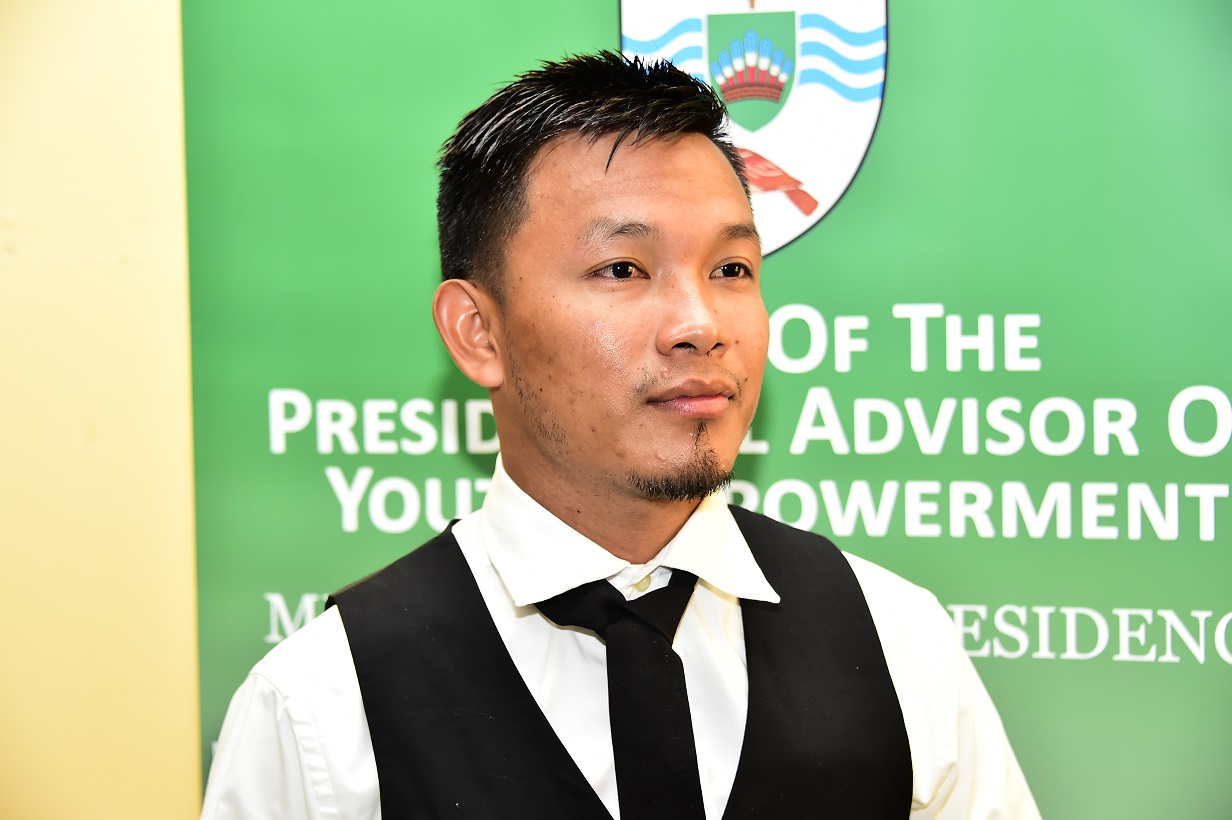 Mr. Shavez Hendricks believes that the Youth Leadership Training Programme is one of the best means of empowering young people

Ms. Hadeeya Asgar from Lethem, Upper Takutu-Upper Essequibo (Region Nine), said that the Programme helped to teach her good leadership skills and the lessons learned will enable her to motivate young people in her community. “I am happy about this because it will help a lot of young people… We are the leaders of tomorrow. We need to be educated and know how we should be good leaders,” she said.

Mr. Orin Nelson, who lives in Georgetown, Demerara-Mahaica (Region Four), said that he has been involved in youth groups for quite some time and was happy to be able to attend the course and benefit from the training. “It is important to learn these things at this age because is easy to bend a tree when it is young. I am happy that Government is investing in the lives of young people… I believe that what the government is doing is good and I applaud them for that,” he said. 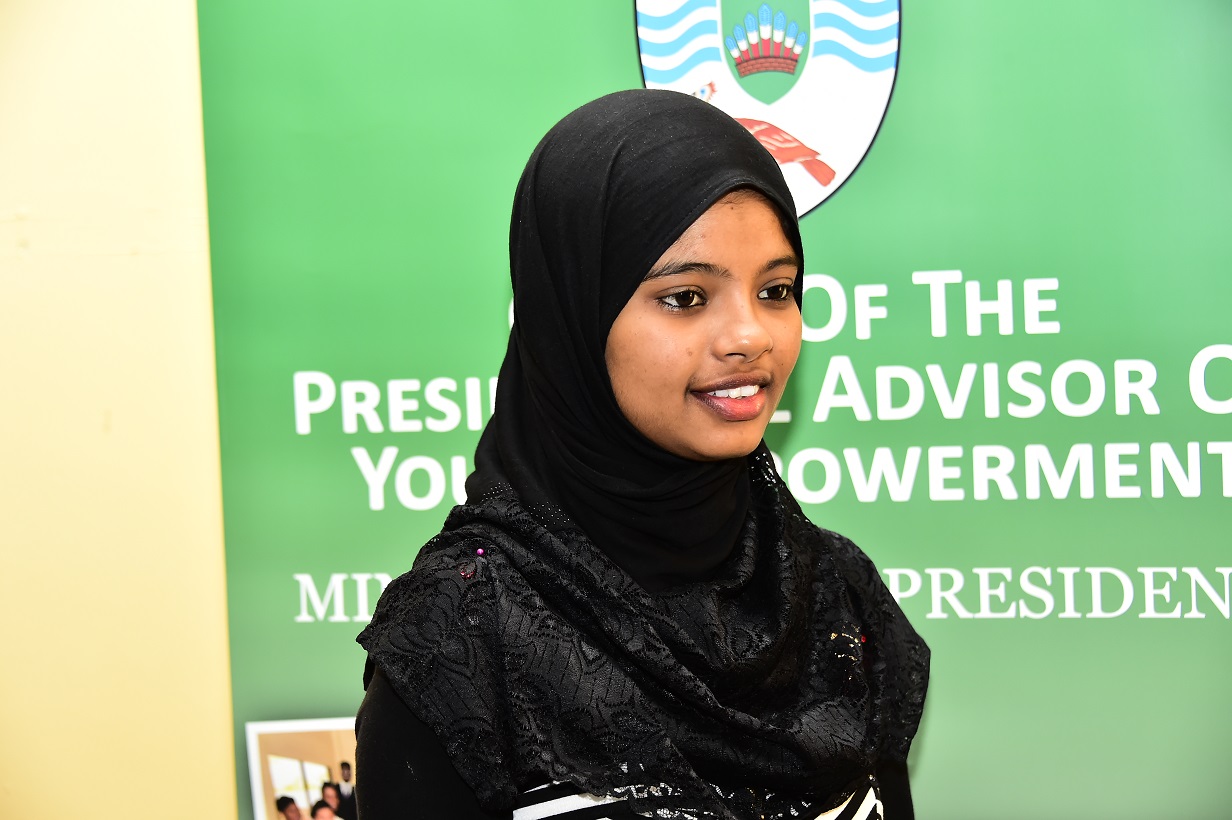 The training programmes are conducted by the Office of the Presidential Advisor on Youth Empowerment. Presidential Advisor on Youth Empowerment, Mr. Aubrey Norton said that Module Two of the Youth Training Programme, enabled the participants, who all participated in Module One of the Training prior, to think critically. “As we moved around the country we found that there was the absence of youth organisations and that many young people were never exposed to youth leadership training. It is in that context that we decided that we would develop a youth leadership training programme,” he said.

Skills learned included writing reports and minutes, the formulation and implementation of policy, how to conduct meetings as well as social psychology and team building exercises. The course also included a mock parliament exercise where the youth were allowed to debate the contents of the National Youth Policy.

President to attend opening of new airport in St. Vincent and the Grenadines