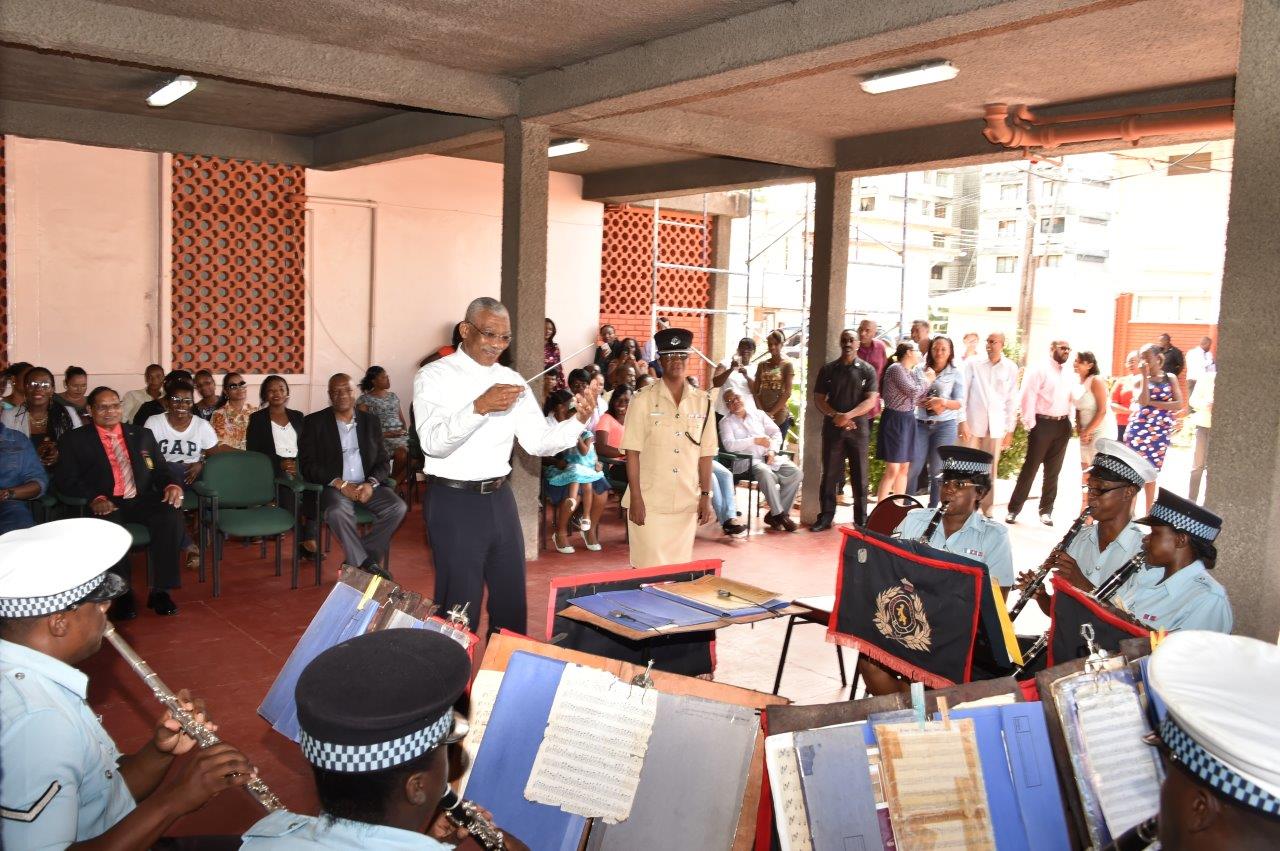 Georgetown, Guyana – (December 22, 2016) President David Granger, Prime Minister Moses Nagamootoo, Minister of State, Mr. Joseph Harmon and staff of the Ministry of the Presidency, today, enjoyed an exhilarating caroling session performed by the Guyana Police Force (GPF) band and choir. This activity is a holiday tradition at the Ministry.

The Head of State in his brief remarks following the performance, thanked the band, which will be celebrating its 60th anniversary next year, and said that it has proven that not only is it deserving of the Medal of Service (MS) it received, but that is has also improved significantly over the years. “At this time of the year, several things come together, the food and the drinks and the short working hours, the shopping, but most of all it’s the music that tell us something special is happening that does not happen at any other time of the year,” he said.

Expressing his best wishes to the staff, President Granger reminded Christmas is not unique to any particular group or religion. Instead it is a time when people of all backgrounds come together to celebrate in fellowship and friendship.

The band played yuletide classics like: O Holy Night, Hark the Herald, Silent Night, Jingle Bells, along with some more modern renditions. President Granger, Prime Minister Nagamootoo and Minister Harmon even took turns to conduct the band, much the delight of the staff. 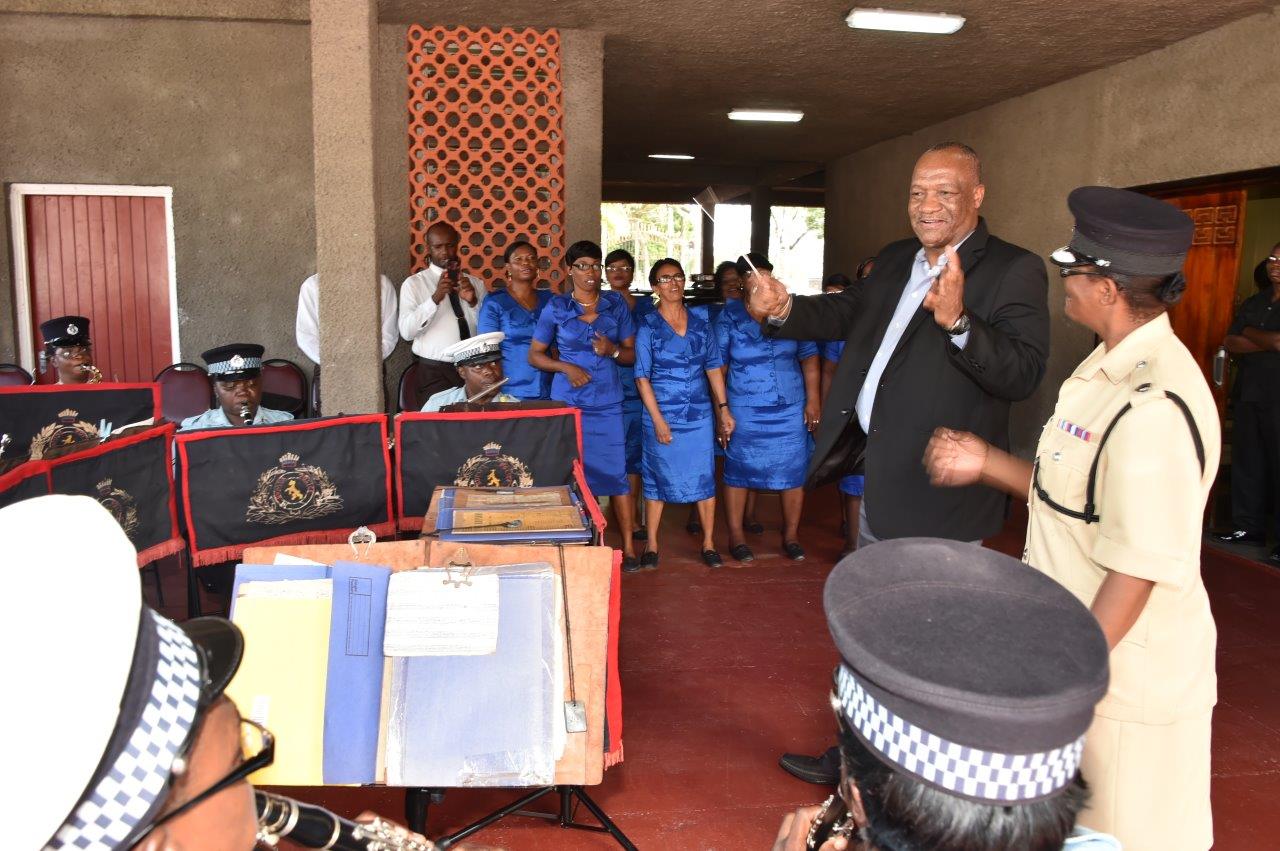