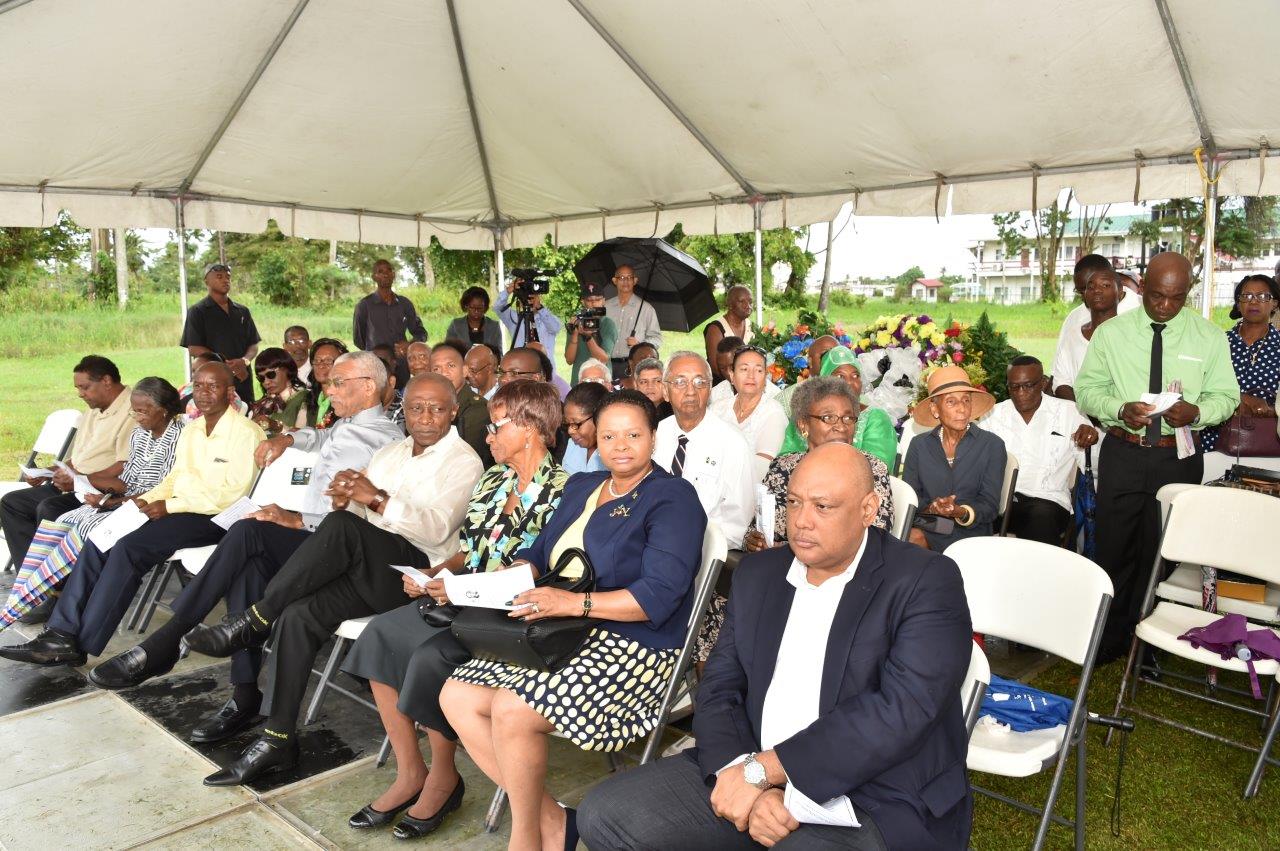 Mr. Hoyte served as President of Guyana from 1985 to 1992 and before that he held several Ministerial posts between 1969 and 1984 including Home Affairs, Finance, Works and Communications, and Economic Development. In 1984 he became First Vice President and Prime Minister. During his Presidency, he initiated far-reaching electoral and economic reforms, which strengthened the bases of the democratic culture of Guyana, promoted market-oriented policies and stimulated economic growth.

Attorney General and Chairman of the PNC, Mr. Basil Williams, in his brief comments, said that the late President was a “dynamic” individual and led the transformative revolution in Guyana. “He was iconoclastic and he was really the purveyor of a revolution in a way, in Guyana; an economic revolution,” he said.

As a Minister of Government, he held on several occasions, responsibility for African, Caribbean and Pacific (ACP) affairs under the Lome Convention and was the ACP spokesman on sugar for 1981 to 1983. His portfolio also included Caribbean Community (CARICOM) Affairs.

Remarks by His Excellency Brigadier David Granger at the commissioning ceremony of buses at Rose Hall Town 27th February, 2016