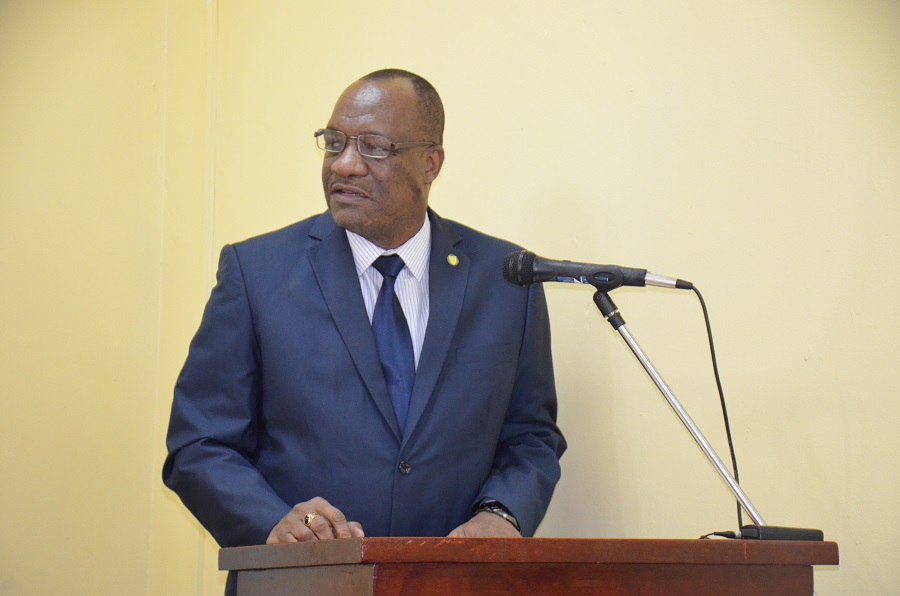 Georgetown, Guyana – (November 25, 2016) Minister of State, Mr. Joseph Harmon, today, said that although he is pleased with the leadership that the Guyana Lands and Surveys Commission (GL&SC) has demonstrated in order to fulfill Guyana’s commitment to the United Nations Convention to Combat Desertification (UNCCD), wider stakeholder participation is vital to achieving those objectives.

The Minister made these comments at the Inaugural Meeting of the Land Degradation Neutrality (LDN): Target Setting Programme and (TSP) National Working Group (NWG), held in the Boardroom of the GL&SC in Durban Backlands. He also announced that Cabinet has initiated a process that aims to settle issues related to indigenous land titling and ancestral lands.

Minister Harmon, who is the political focal point for the UNCCD, said that Guyana is a signatory to the Convention, joining 191 other countries. However, the country is one of the few member states that has since taken steps to implement its mandate, which must be achieved within one year and requires collaboration from all land agencies and stakeholders.

“More importantly, it is our responsibility to the people of Guyana to ensure that land is properly managed, that land is properly utilised for the…benefit and the development of this country; for the benefit and the development of individuals and for the benefit of that common good that we speak about; that good life,” he said.

Minister of State, Mr. Joseph Harmon delivering an address at the meeting

The Minister noted that land degradation neutrality, which aims to maintain and or improve the amount of healthy and productive land resources over time, is an important aspect of the ‘green’ pathway that President David Granger has outlined for the nation. As such, stakeholder participation in the NWG, along with technical support, is essential to achieving the overall objective of the LDN Target Setting Programme.

Minister Harmon also said that Cabinet has taken steps to establish a Guyana Lands Commission, which will be tasked with addressing issues associated with Indigenous land titling and ancestral lands. Persons have already been identified to serve on the Commission, the Terms of Reference (ToR) have already been drafted and consultations are on-going with the Ministry of Indigenous People’s Affairs, the African Cultural and Development Association (ACDA) and the groups that are concerned with ancestral lands. The consultations are expected to be completed by the end of next week and the data used to inform a final ToR for the Commission.
Commissioner and Chief Executive Officer (CEO), Mr. Trevor Benn echoed the Minister’s call for more stakeholder participation to achieve the LDN and the Sustainable Land Management Project, the latter of which is being spearheaded by the Food and Agriculture Association (FAO) in Guyana. Mr. Benn also said the GL&SC continues to be hampered by a dearth of finances and appealed to persons, who have defaulted on land rent payments to urgently bring their accounts up to date. 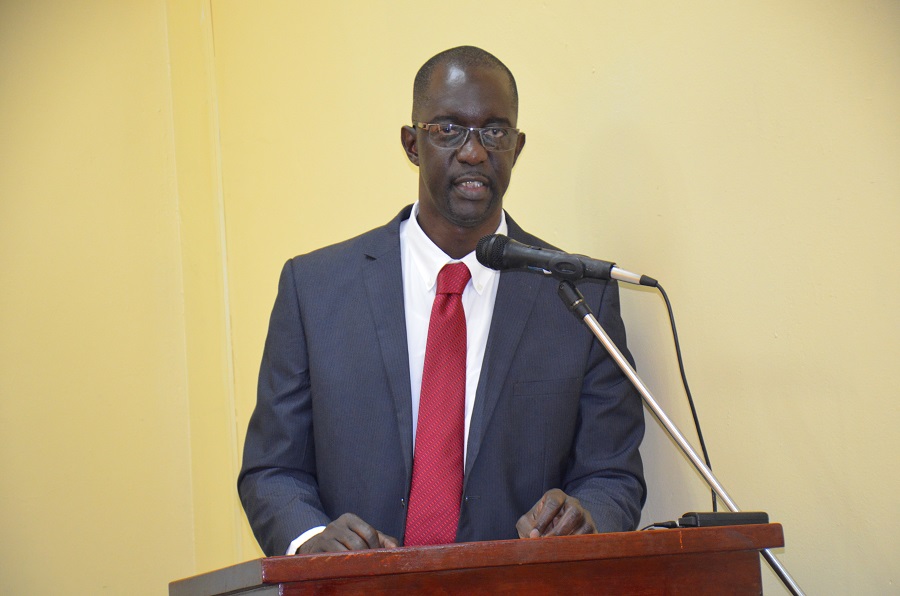 Commissioner and CEO of the GL&SC, Mr. Trevor Benn