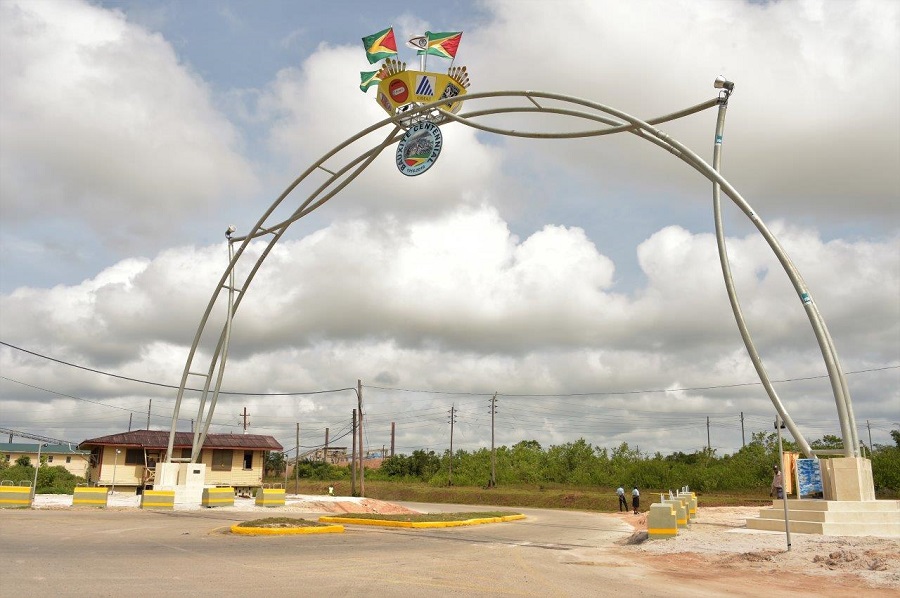 Georgetown, Guyana – (November 25, 2016) President David Granger said that while the bauxite industry remains an important and viable part of the economic landscape of Upper Demerara-Berbice (Region Ten), Linden must move beyond being known as a mining town to a manufacturing hub in the country. He was at the time delivering the feature address at the unveiling of the Centennial Arch to commemorate 100 years of bauxite mining in the town. The arch, which is located at the intersection of Washerpond Road and Causarina Drive was constructed by Chinese bauxite company, Bosai Minerals Group (Guyana) Limited.

The President said that despite the challenges facing the industry, he remains optimistic that it can turn around its fortunes if the right approach is taken. However, he urged Lindeners to work on diversifying their economic base rather than being excessively dependent on a single industry.

The Centennial Arch, which was constructed by Bosai Minerals Group (Guyana) Limited in celebration of the 100 years of bauxite mining in Linden

“Your government is committed to supporting the diversification of the economy of Linden to enable it to first and foremost, become more of a human community rather than just a mining town. Linden can become the industrial heartland of Guyana…It is in this regard that I see this arch as an arc of hope, a gateway to the future, an entrance to a new path, rather than an exit from an old enterprise,” he said.

With regard the fortunes of the bauxite industry, the President explained that it must be retooled itself to confront the challenges of volatile external markets on which is heavily depends and emphasise the need for innovation and investment to ensure continuity of the industry.

“We all have to be involved in working for the survival and the success of this industry. If it fails, we all fail. If it succeeds, we all win. Guyana’s bauxite reserves are not near exhaustion. We still have enough reserves to allow for production for another 100 years… The development of the industry requires significant investments and that is why we welcome our partners from the People’s Republic of China… The Government of Guyana does not possess the resources to make such investments on its own,” the Head of State said. 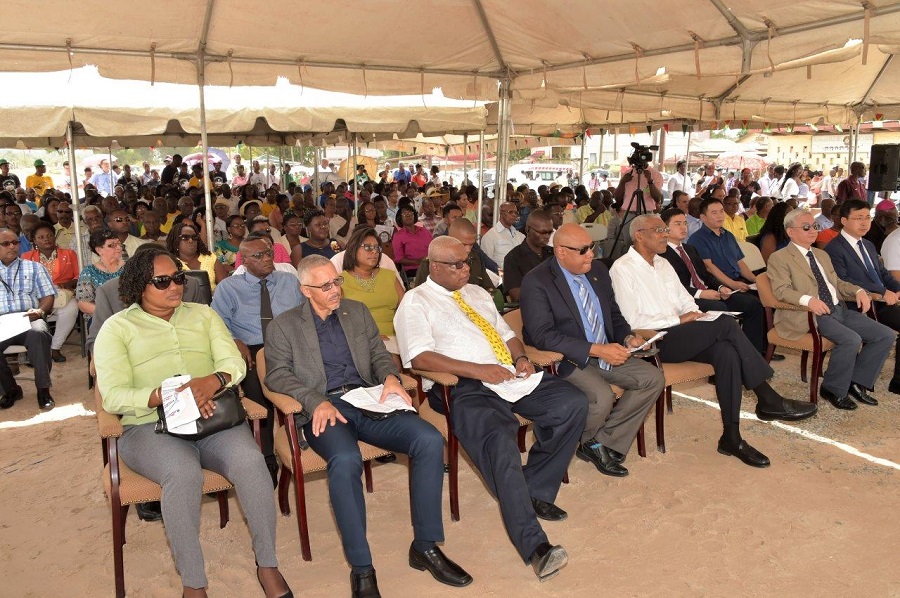 He said that large foreign investors like Bosai have the necessary financial means to recapitalise the bauxite industry and noted that the Region must remain an attractive destination for these types of investments.

With regard to innovation, President Granger pointed to the need for new technologies to improve efficiency and reduce the cost associated with the removal of its overburden and the shipping and processing of ore. He called on stakeholders of the industry to explore cheaper energy sources. “I believe that once we overcome that hurdle we will be able to move from bauxite to alumina and from alumina to aluminium,” he said.

Meanwhile, Mayor of Linden, Mr. Carwyn Holland said that bauxite is at the very core of the rich legacy that Linden is known for. “This impressive edifice looms tall to remind our youth and reminds us all that our heritage in bauxite is one to be proud of,” he said.

Similar sentiments were expressed by Regional Chairman, Mr. Rennis Morian, who said that the arch is a symbol of a Region 10 that is rising and informed that new buildings that are being built by the Regional Administration, all part of the effort of enhancing the Region’s infrastructure.

Outgoing Chinese Ambassador, Mr. Zhang Limin in his remarks said that the move by Bosai to construct the arch is not only symbolic of the strong ties between the company and the town of Linden but also of the strong relations between Guyana and China. 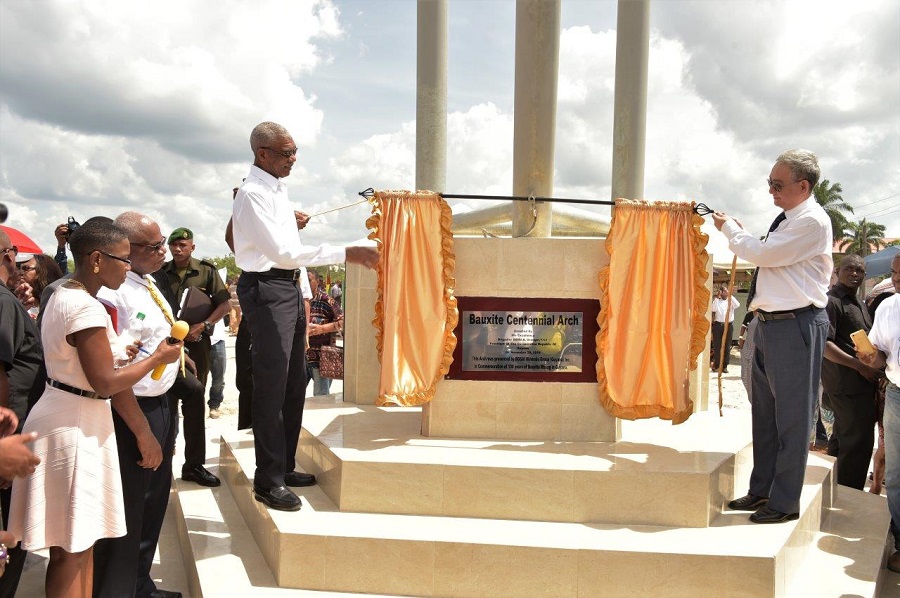 President David Granger and Chinese Ambassador, Mr. Zhang Limin unveiling the plaque to officially commission the arch, which is located at the intersection of Washerpond Road and Causarina Drive

Assistant General Manager of Bosai (China) Incorporated, Mr. Steven Ma said that Bosai came to Guyana 10 years ago and has worked hard to win the confidence of the Government, the people and the union. Additionally, the company has ensured that workers receive steady wage increases and has demonstrated a strong commitment to protecting the environment with the installation of two dust collectors to stem pollution.

Bauxite mining started in Upper Demerara-Berbice belt, which occupies over 14 percent of the country’s land mass, in 1916 after it was discovered by an American geologist, George Mckenzie. The contract for the construction of the arch, which is built on six reinforced pillars that stands at five feet tall, was awarded to the Surinamese company VSH United, which also constructed the Agricola Arch.

At the very top of the arch is a crown, which bears the logos of all the bauxite companies that operated in Linden over the past 100 years. Additionally, huge plates will be placed around the arch on which vital historic information about Linden will be inscribed. Plans are also in the pipeline for the development of a recreational park next to the arch.