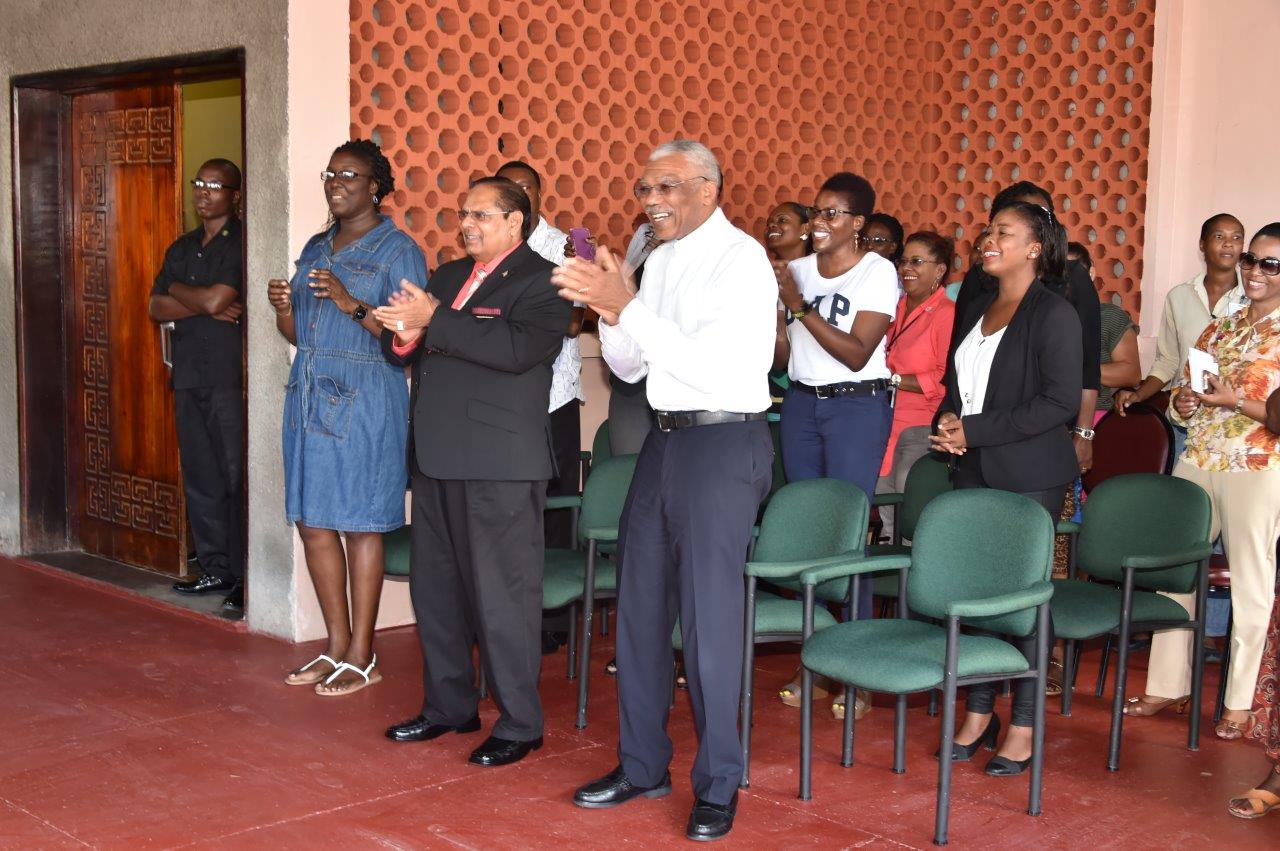 The performances, including a rendition of Dave Martin’s ‘Not a blade of grass’ and ‘Cricket in the Jungle’ left the audience, including the President and First Lady impressed and entertained.

President Granger and Mrs. Granger are all smiles as they enjoy of the performances, which were put on by the children from the various homes, last evening at the Theatre Guild.

The performers were drawn from the St. Ann’s Home for Girls, St. John Bosco Home for Boys, Joshua House, Ruimveldt Children’s Aid Centre and several other institutions. The proceeds from the event will go towards funding the music programmes and classes, which are put on by the Foundation for the children from those homes. 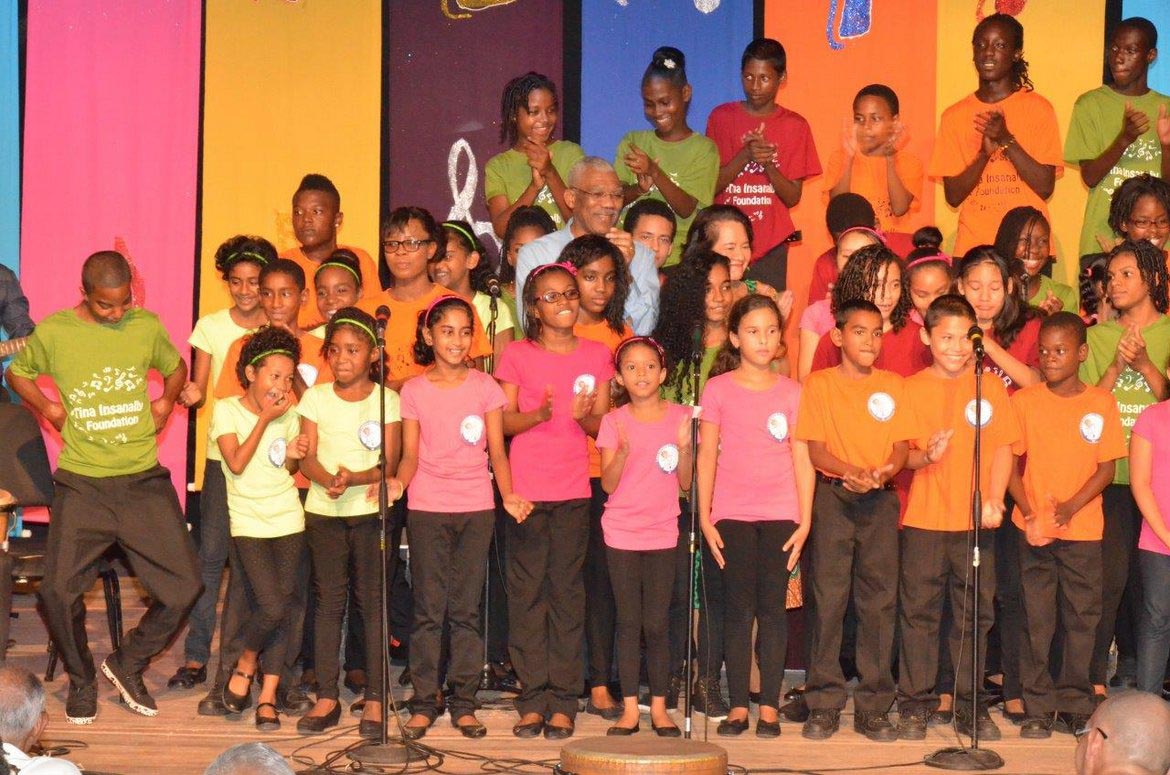 The children could not contain their elation when President David Granger and First Lady, Mrs. Sandra Granger joined them on stage, at the conclusion of the concert. President Granger and Mrs. Granger, were themselves, impressed by the talent, which was put on display by the children last evening. 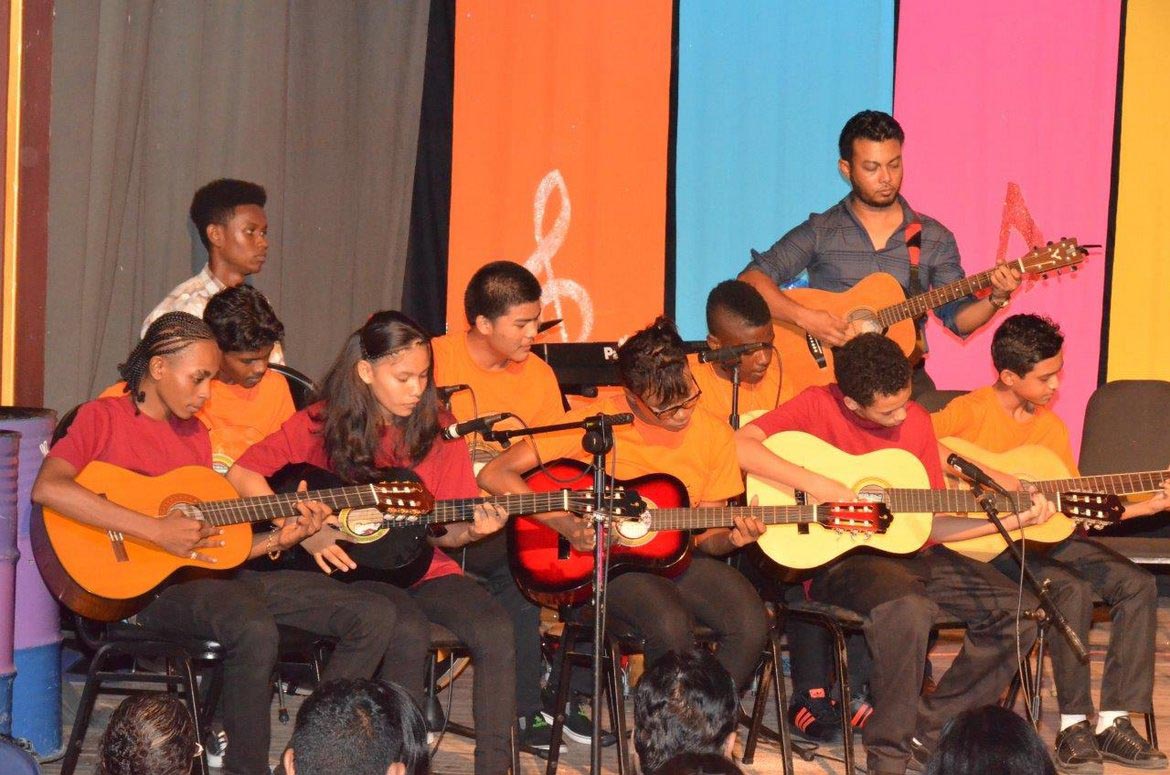 These Guitarists also wowed the crowd with their renditions of ‘Wild World’, ‘Canon in D’ and ‘Four Seasons’.