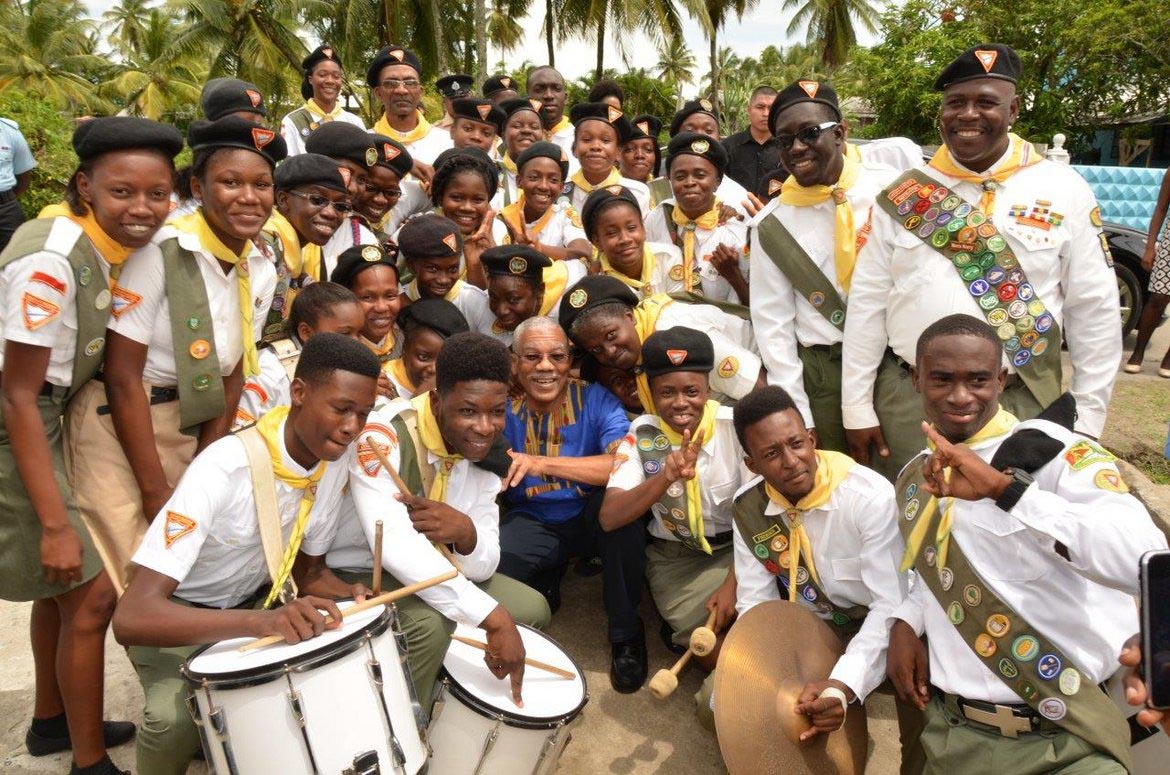 Georgetown, Guyana – (July 31, 2016) President David Granger, today, called on the residents of Den Amstel Village, West Coast Demerara, to take up the mantle of continuing to build strong villages, through the upholding of the four historical pillars of success; family, religion, education and gainful means of employment, especially in the area of agriculture.

As the country prepares to celebrate Emancipation Day, tomorrow, President Granger, who was at the time speaking at the West Coast Demerara Group of Congregational Churches and the Religious Community of Den Amstel’s Inter-Denominational Independence and Emancipation Service, which was held at the Ebenezer Congregational Church in Den Amstel, earlier today, said that emancipation saw the development of new societies, which were established through village movements.

“That Emancipation movement led to other movements. It led to the village movement and last year I passed an order so that November 7 of every year is commemorated as the National Day of Villages. It is not a holiday but stamps have been issued and it is to be observed as the day when our first village; Victoria was established. That of course led to hundreds of other villages and village movements and that includes, of course, Den Amstel. So Emancipation was important because it started a trigger all of those movements. I’ve often said that these villages, which were established on the coastland, were the single most economic, social and political development in the history of our country,” he said.

Homes, the President said, play an important role in every village, since these are responsible for families, for the teaching of values and the molding of mind and character.

President David Granger is all smiles as he strikes a pose with a group of Seventh Day Adventist Pathfinders, who participated in the Inter-Denominational Independence and Emancipation Service, during his visit to the Den Amstel Ebenezer Congregational Church, earlier today.

“First of all, its the home because there were no homes on the plantations. People couldn’t marry and even if you had a partner, she could be sent to Wakenaam, your children could be sent to Bagotville. Family life was not permitted. After Emancipation, people trekked back so that they could reconnect with their wives and their children so that they could build and that is why they had to get off those plantations, so that they can build homes. That was the first pillar on which these villages were built. Family and homes and keeping the family together and we must never forget that. Every child belongs in a home,” the President said.

Places of worship, especially churches, during those days, also played a critical role in the establishment of villages since they set a foundation of strong morals, educated the young and helped to shape their future.
“The second pillar was the church and that is why I am so fond of the Congregational Church because they were on the scene, they took the licks, they took the prosecution, they stood by the freed Africans and gave them support,” he said.

“Schools were the third pillar of which the villages were built and yes some people did leave the sugar cane plots to go to school and that’s why after Emancipation, so many of our teachers, our pastors, were educated people,” he said.
The President, who has been pushing an ‘Every Child in School’ policy since his assumption to office, therefore called on all residents to make that policy their personal responsibility in a cooperative effort to stamp out illiteracy, truancy and delinquency, so that the villages, communities and ultimately, the country, can benefit from young, bright minds, which drive the economy forward. 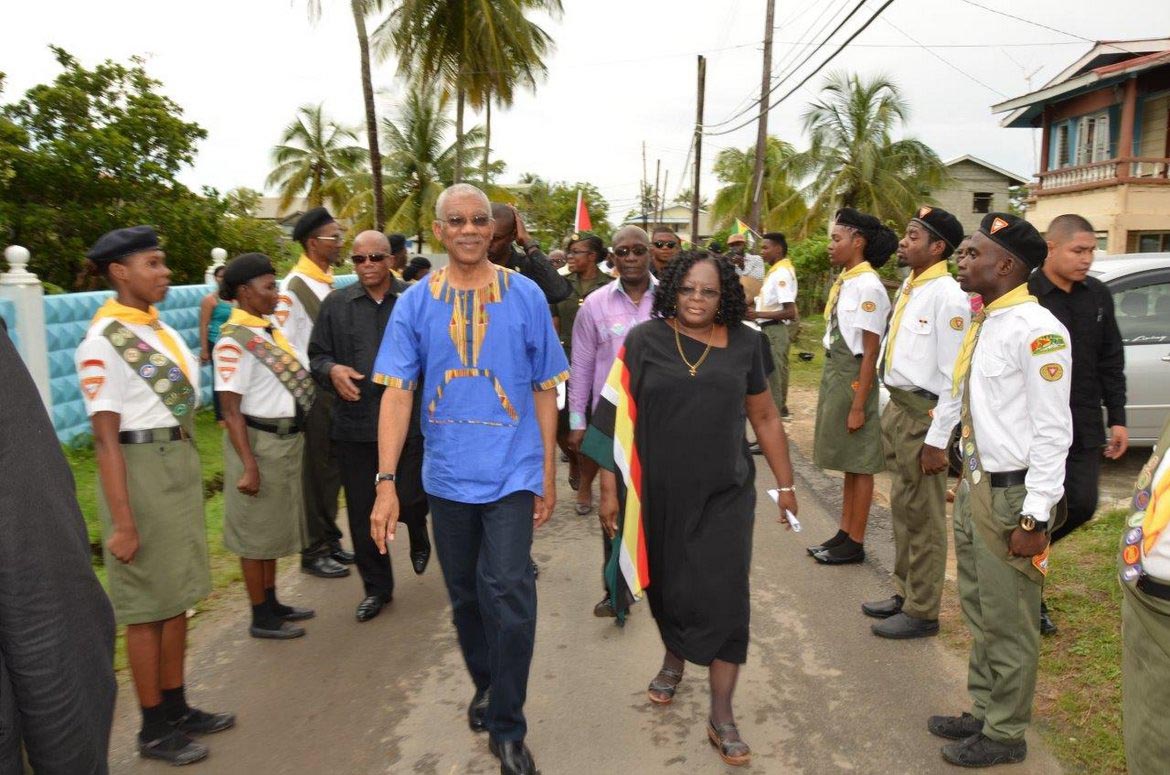 President David Granger is welcomed and escorted to the Den Amstel Ebenezer Congregational Church by Right Reverend Valeska Austin, during his visit there this morning for their Independence and Emancipation Church Service.

“I want this church, this village, this community; I want this region to take a vow this new year’s day tomorrow that when I come back 365 days from now, you’ll be able to tell me that every child in this village goes to school… Let us look after our children. Remember those four pillars, let us keep the homes intact, let us respect and support the work of our churches, let us look after our schools and our places of work particularly our farms,” he said.

The fourth pillar, he said, is the farm or investments in agriculture, which are necessary for food security, not just for the villages, but the country as a whole. Persons must be encouraged to become entrepreneurs so that farming initiatives in the villages can prosper, the President said.

“Integration started with these villages where there were homes, schools and farms and those were the four pillars on which these villages were established and when you shake those pillars, the house will fall. When you shake the home, the school, the church, the farm, the villages will collapse because you will have nothing to rest on… We have to plan, to perform and produce,” he said.

Right Reverend Valeska Austin from the Den Amstel Ebenezer Congregational Church, in acknowledging the charge given by the President, gave the assurance that the church and the village will work together to ensure that this vision becomes a reality.

“The children are our future and Mr. President we will not let you down in this community. We will ensure that our children go to school,” she said.

Chairman of the Hague/Blankenburg Neighbourhood Democratic Council, Mr. Kenton Hilliman, in his brief remarks said the village movement was a tradition started by the freed slaves and is responsible for the establishment of Den Amstel. He noted that he foresees a bright future for the village since every stakeholder will be encouraged to pool their efforts, as in the past, to make the area a success story.