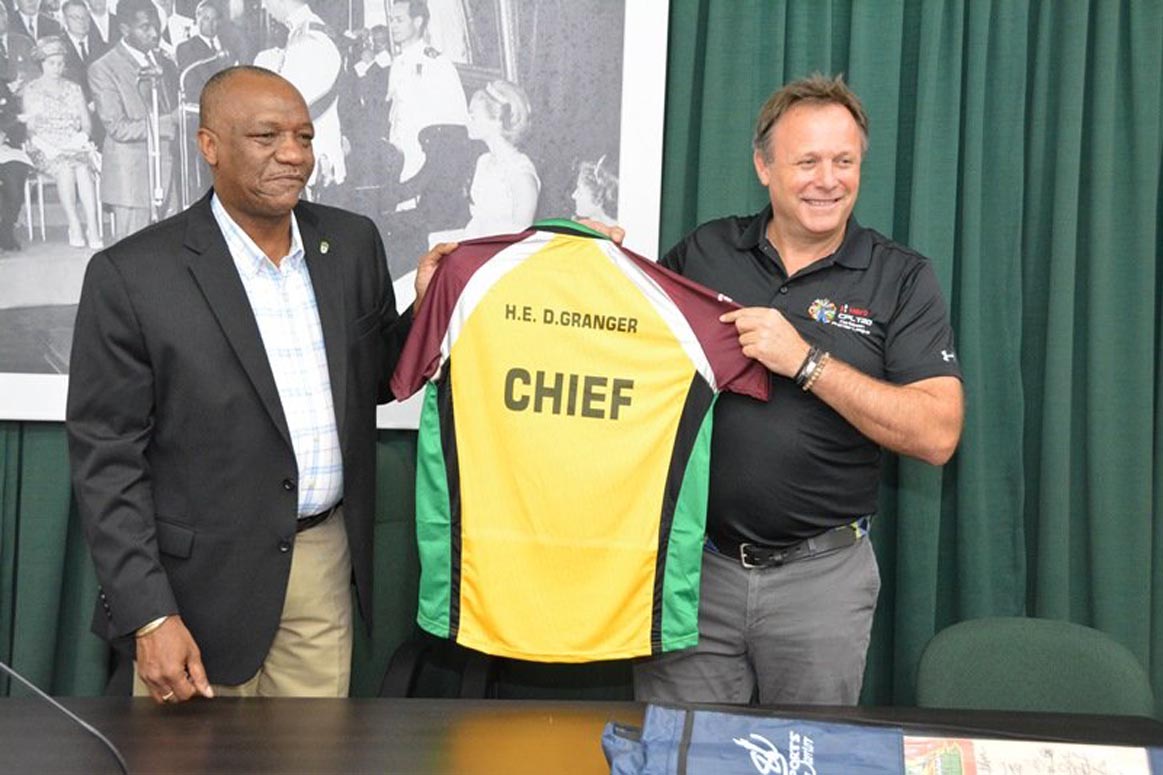 Georgetown, Guyana – (July 9, 2016) Minister of State, Mr. Joseph Harmon, earlier today, received a donation of fifty bats and balls from the Caribbean Premier League’s Chief Operations Officer, Mr. Pete Russell, for distribution to communities across the country. He also received a bat, bearing the autographs of the Guyana Amazon Warriors team and a shirt, labeled ‘Chief’. The Minister received these items on behalf of President David Granger.

The simple presentation ceremony was held at the Ministry of the Presidency and Mr. Russell was accompanied by the Chief Finance Officer, Mr. Barry Corcoran.

Mr. Russell, in making the donation, said that the franchise was serious about spreading ‘the gospel of cricket’.

“For us at CPL, it’s about spreading the word of cricket and we want to thank the country for its support. The children [who will benefit from this] hopefully will go out and spread the gospel of cricket,” he said.

Minister Harmon, in expressing his gratitude for the gesture, said that the government and the people of Guyana have always seen cricket as a unifying force as it has always brought people together, regardless of their age, race, creed, political persuasion or status. Therefore, he said, the donation will have a two-fold benefit; it will help children to engage in meaningful recreation and foster camaraderie.

“We are very thankful to CPL for the interest and enthusiasm which you have shown in ensuring that cricket is played in Guyana. We are a cricket-loving nation and we are a cricket starved nation so what you see at the stadium is a representation of the hunger for the game that we so love. The balls and the bats, I am sure it will go a long way in popularising the game in our communities. We want to spread it to the hinterland and these areas because if we are to have strong teams we have to have representation from across the country,” Minister Harmon said.