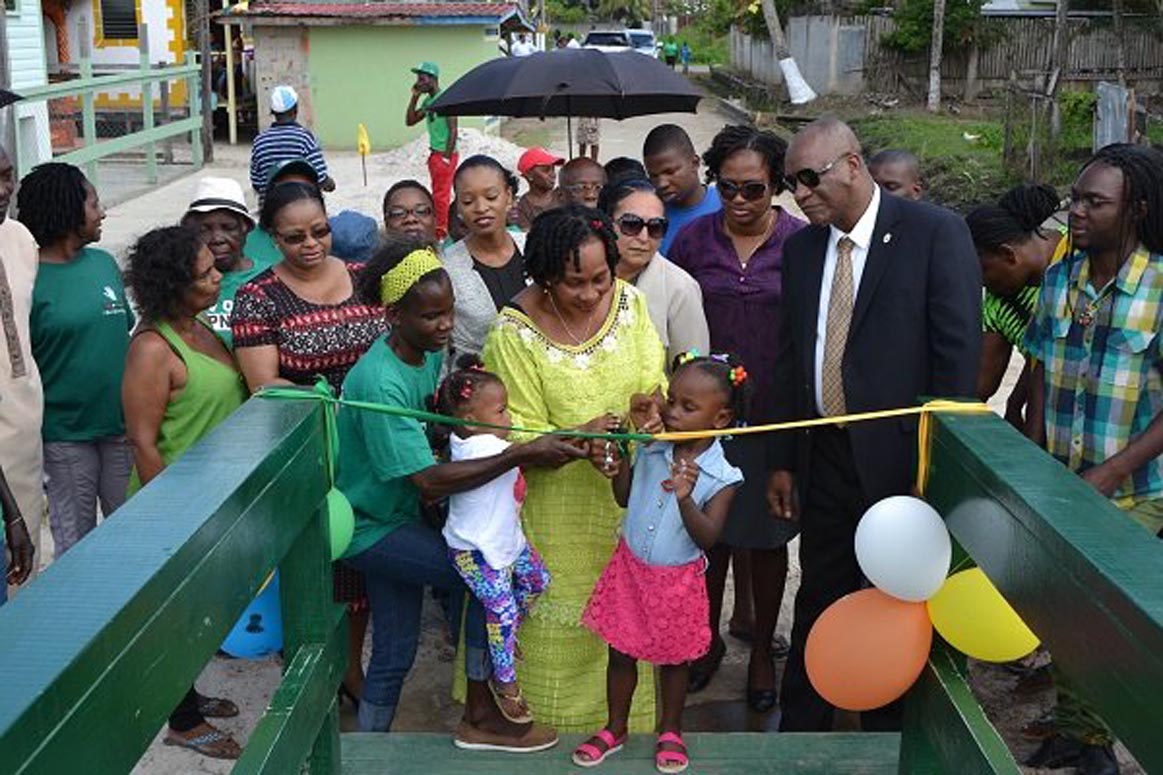 Georgetown, Guyana – (February 1, 2016) Even as Government continues to focus on infrastructural development, the community of Sideline Dam, Middle Road, East La Penitence will now benefit from the construction and installation of a $6 million bridge and two street lights.

In his address at the simple commissioning ceremony, Minister of State, Mr. Joseph Harmon, said that the bridge is a symbol of the Government’s commitment to delivering on promises, which were made during its time in Opposition.

“It is time to rebuild Guyana after it was broken for 23 years. The Government of Guyana sees bridges as uniting people and uniting communities. When a bridge is broken, the community is broken. We build bridges, we reunite communities,” Minister Harmon said.

Ministers Lawrence and Ferguson, in brief remarks, urged the residents to use the bridge with care and pride. They also called on them to provide security for the bridge and to rebuke any attempt to destroy it.

Minister of State, Mr. Joseph Harmon, presents a street light to a representative of the community as the other ministers and community members look on.