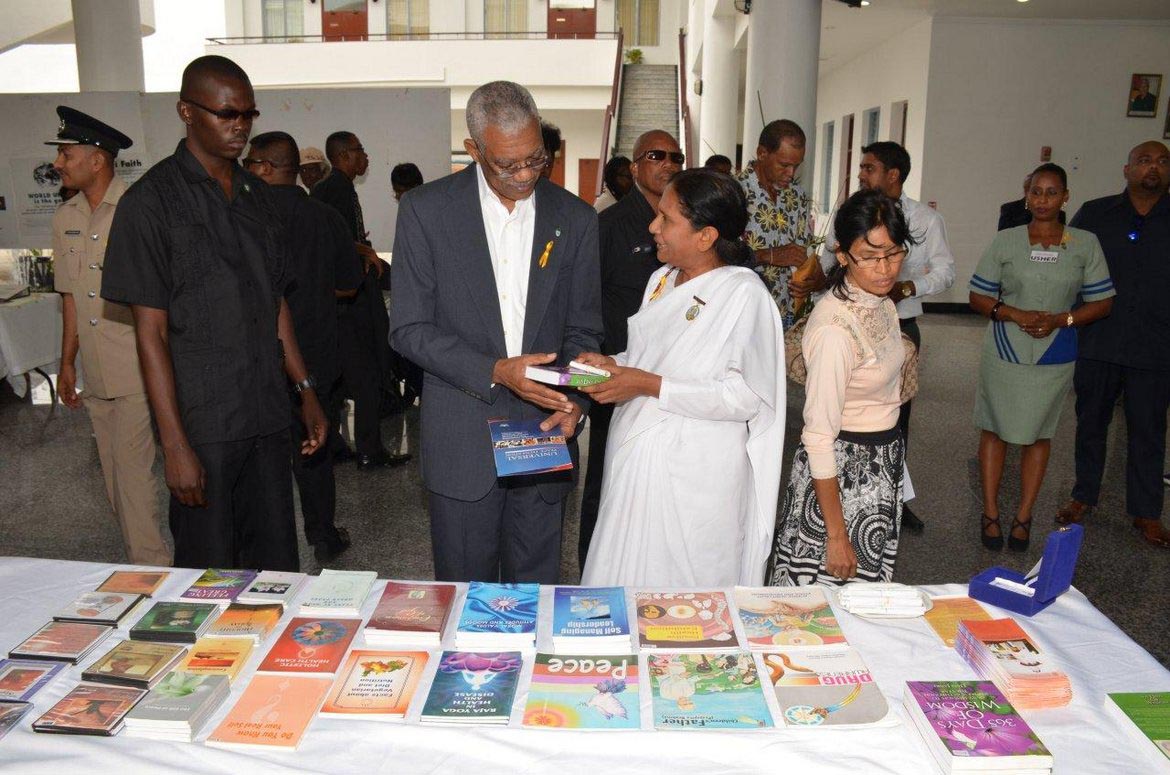 “Guyana is a multi-ethnic and multi-religious State. Guyana is proud of its religious diversity. Our diversity is our strength, not a source of weakness,” President Granger said, adding that interfaith harmony is an obligation if Guyana is to advance social cohesiveness.

According to the Head of State, harmonious communities and happy homes are important if Guyanese are to enjoy the good life.

“We cannot be a happy people or enjoy a ‘good life’ in the midst of discord, distrust; disharmony and social conflict… the causes of most conflicts are varied and seem interminable. Many, however, have arisen out of religious intolerance,” President Granger said.

While States have a duty to support and encourage interfaith harmony, the President said, the mere observance of World Interfaith Harmony Week will not resolve these disputes, particularly since inter-faith harmony cannot be legislated or enforced by the State.

Interfaith harmony “must arise from the volition of our religious and social leaders. They must be convinced and inspired by the belief that interfaith harmony is both desirable and necessary,” he said.

Though religious freedoms are enshrined in the Constitution of Guyana, which in itself, lays the groundwork for greater religious harmony; the Administration has established the Ministry of Social Cohesion to foster greater inclusiveness by all ethnic and religious groups.

President Granger asserted that people who do not have a full understanding of their own religion might be inclined to demonise other groups that they understand even less.

“Guyana is proud of its record of religious tolerance. Churches, temples and mosques, in many communities, stand side by side. There have never been religious riots in Guyana. Guyana has been spared the agonies of religious fratricide,” the President said.

He then called on religious organisations and civil society bodies to work with the State to attain a higher level of harmony by building on the level of trust that presently exists, to intensify existing cooperation and to move beyond the promotion of tolerance towards acceptance.

Further, he said, as Guyana celebrates its 50th Independence Anniversary this year, “it would be a gift to posterity for Guyanese to finally overcome the debilitating divisiveness under which this nation was born…”

Minister Amna Ally, who spoke on behalf of A Partnership for National Unity and as Minister of Social Cohesion, said that each person, whether or not they subscribed to a particular faith, is capable of committing to the love of good and the love for humanity.

“I believe that the religious community is, perhaps, one of the most strategically positioned institutions in our country to foster peace and harmony, not only because all religions are underpinned by love, peace, unity, goodwill and harmony, but because through religion there are captive gatherings. In our country and around the world…there is therefore, great potential for all of the world’s religions to promote peace and stability…” Minister Ally said.

Similar sentiments were expressed by Minister of Natural Resources, Mr. Raphael Trotman, who spoke on behalf of the Alliance for Change (AFC). He noted that Guyana has its share of difficulties but religious intolerance is not one of them.

However, he pointed out that, “religion and religious have to be better positioned to achieve the cohesion, which we have clamoured for over these five decades…the answer to our difficulties is in religion… religion is an integral part to the solution of our problems.”

Representing the People’s Progressive Party, Bishop Juan Edghill in his remarks said that religious leaders can do much more to help communities fight societal ills such as the high incidence of suicide in Guyana.

The message of the United Nations Secretary-General, Mr. Ban Ki-moon, which was read by Head of the Food and Agriculture Organisation (FAO), Mr. Reuben Robertson, appealed to religious leaders to set an example of dialogue, and unite people based on precepts common to all creeds.

The programme of activities to commemorate ‘Harmony Week’ is being spearheaded by the Inter-Religious Organisation of Guyana (IRO) under the theme, “Fostering Social Cohesion in Guyana”. The organisation has planned a series of activities to commemorate this important week, including interfaith ceremonies, tree planting exercises, outreaches to schools and a children’s essay competition.

World Interfaith Harmony Week was first proposed at the UN General Assembly on September 23, 2010 by His Majesty, King Abdullah II of Jordan. It was unanimously adopted in October of that same year. It started as an initiative to bring together leaders of the Christian and Muslim faiths in dialogue, but was later expanded to include all faiths. 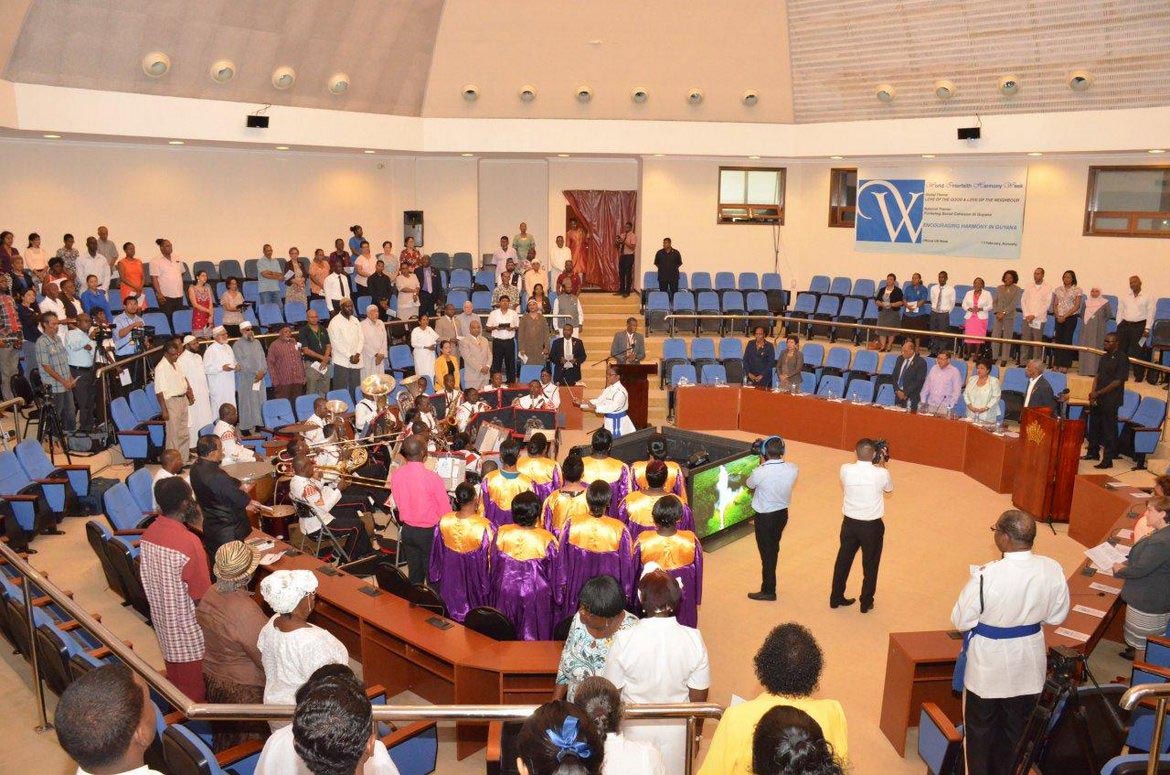 A section of those gathered at the Arthur Chung Convention Centre for World Interfaith Harmony Week 2016 as they were entertained by the Guyana Police Force Band and the Joint Services Choir.

Closed Areas Committee to implement commitments made to small miners