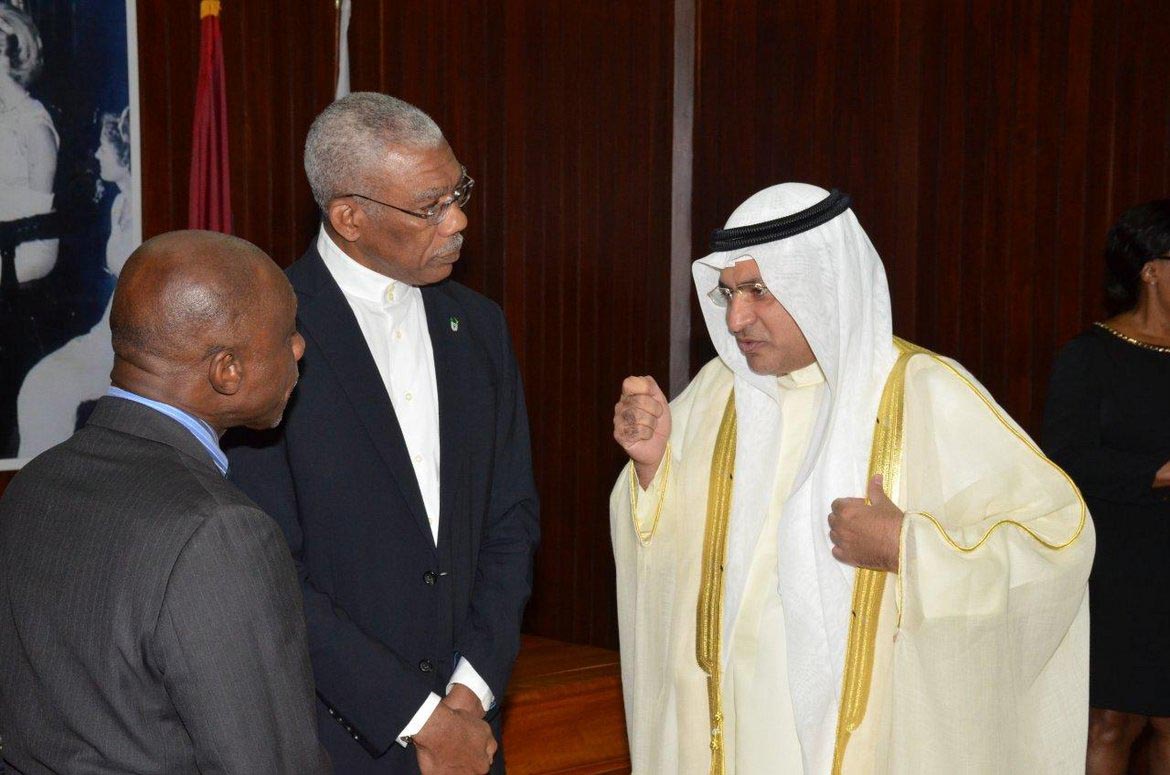 Georgetown, Guyana – (January 13, 2016) His Excellency, President David Granger received the Letters of Credence from the State of Kuwait’s Non-Resident Ambassador to Guyana, H. E. Ayadah M. Alsaidi, this morning at the Ministry of the Presidency.

Ambassador Alsaidi brought greetings in behalf of the Emir of Kuwait, His Highness Shaykh Sabah Al-Ahmad Al-Jaber Al-Sabah, and committed to working to strengthened relations between Guyana and his country. He added that the two countries enjoy strong political relations but noted that in the past year economic and trade relations were not as strong as they could be.

The Ambassador promised that he would do is best to work to strengthen ties in these areas and indicated that his country would welcome proposals for projects that could benefit the people of Guyana.

President Granger, echoing these remarks, said that he is confident that during Ambassador Alsaidi tenure, the two countries would find practical ways of moving their collaboration further.

The Head of State said, “Your Accreditation takes place at a time of economic transformation for both our countries, albeit at different levels. Guyana, like Kuwait, is striving to further develop its natural resources to accelerate economic growth and ensure the good life for all of its citizens. Guyana remains deeply committed to its efforts to reduce poverty and unemployment and to provide better social services for all. There are ample opportunities for our two countries to collaborate in this regard.”

H.E. David Granger, Kuwait’s non-resident Ambassador to Guyana, H.E. Ayadah M. Alsaidi and Minister of Foreign Affairs, Hon. Carl Greenidge in discussion at the Ministry of the Presidency, this morning.

The President noted that Kuwait and Guyana have worked closely at the multilateral level on areas such as the preservation of sovereignty and territorial integrity and share a number of similar positions on global issues.

“We have given added life to our relations in recent years, through the conclusion of several cooperation agreements, especially in the areas of communication, culture, commerce and investment. We are confident that during your tenure we will be able to find practical ways of implementing these agreements,” he added.

Guyana and Kuwait commenced diplomatic relations in August 1995. Kuwait supported Guyana’s candidature for a non-permanent seat on the United Nation’s Security Council for the period 2014-2015 and Guyana is currently supporting that country’s bid for 2017-2018. Both state representatives used the opportunity to express thanks for that support. 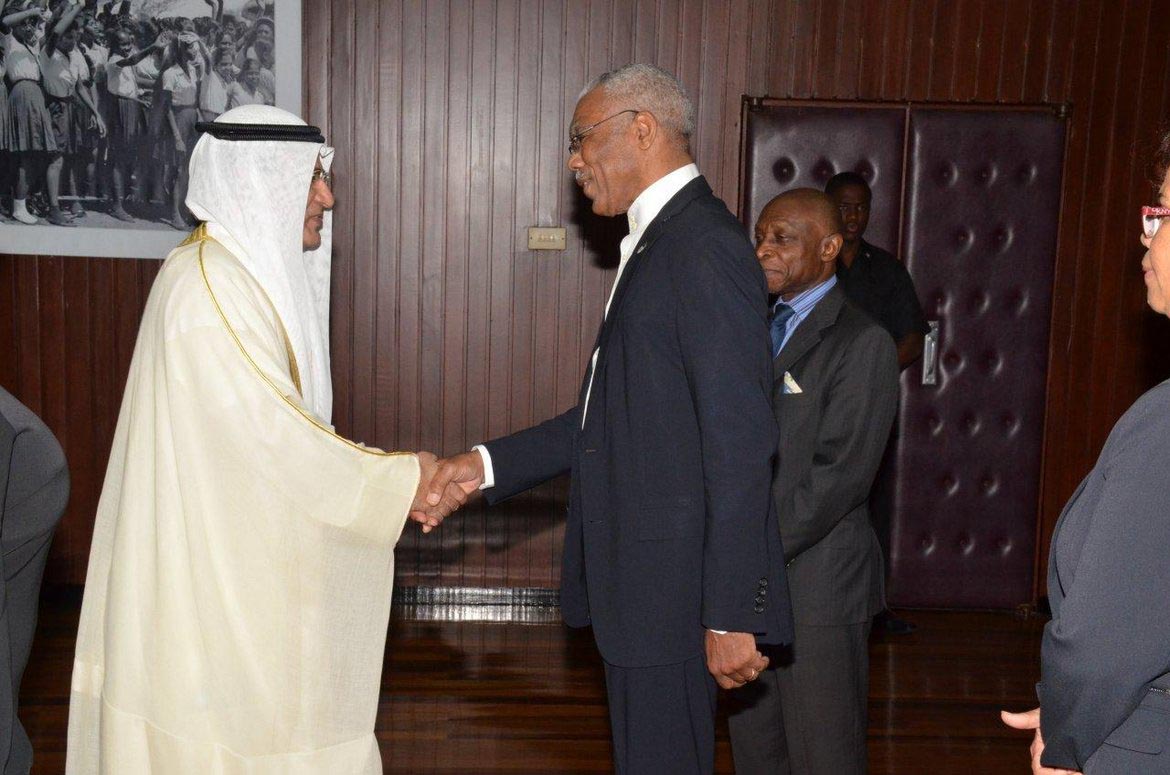