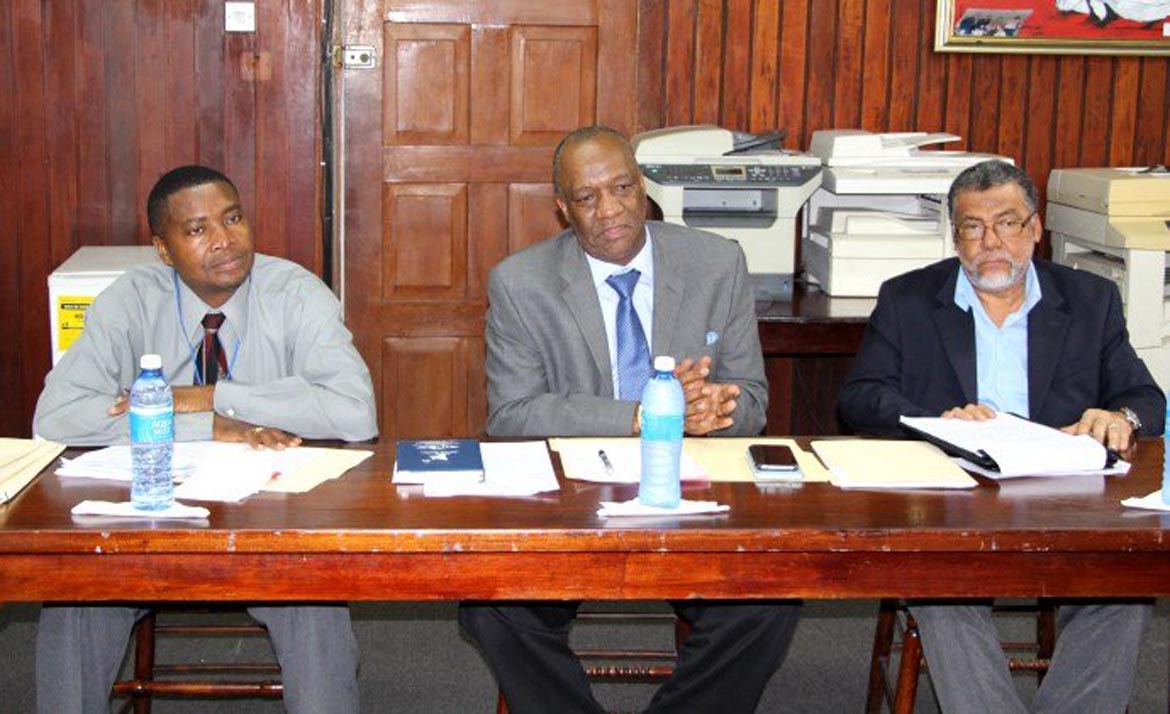 Georgetown, Guyana – (November 19, 2015) Minister of State, Joseph Harmon, this afternoon, met with senior members and representatives of the Guyana Public Service Union (GPSU), where several matters, including proposed wage increases for public servants, boosting the morale of public servants and a stronger relationship with the Government were discussed.

The meeting, which was held at the GPSU’s Headquarters, was done with the aim of informing Minister Harmon on the outcomes of the Union’s last Statutory Executive Meeting as well as several issues, which have been pending for a number of years under the former administration. The Minister was accompanied by Permanent Secretary of the Department of Public Service, Reginald Brotherson and Head of Political Affairs at the Ministry of the Presidency, Fredrick McWilfred, while the GPSU’s delegation was led by First Vice President, Mortimer Livan and included Second Vice President, Dawn Gardener and Kemton Alexander, General Secretary.

Minister Harmon noted that a new government was in place and it was the President’s and the Government’s wish that a stronger relationship be built with the workers’ representative body.

“I want to express our happiness at being here today. A relationship is not just you coming to the employer but the employer must also come to you. We want you to take this visit here as a significant change in the relationship between the GPSU and the Government of Guyana. We are your employers and neighbours. Our offices are open to you and we want to establish a relationship of respect and mutual understanding and I want to emphasise the government’s approach and the government’s adherence to collective bargaining agreements. Once they are entered to, it is our obligation to at all times, ensure that those agreements are upheld,” Minister Harmon told the Union’s representatives.

After the 40 minute meeting, Minister Harmon gave his commitment and that of the Government to address the concerns, which were raised. He noted that public servants must be able to work in a happy and safe environment and the Government will ensure that this is achieved.

The GPSU, in turn, also gave its commitment to fostering a good relationship with the new government provided it continues to be willing to listen to and address issues facing public servants.