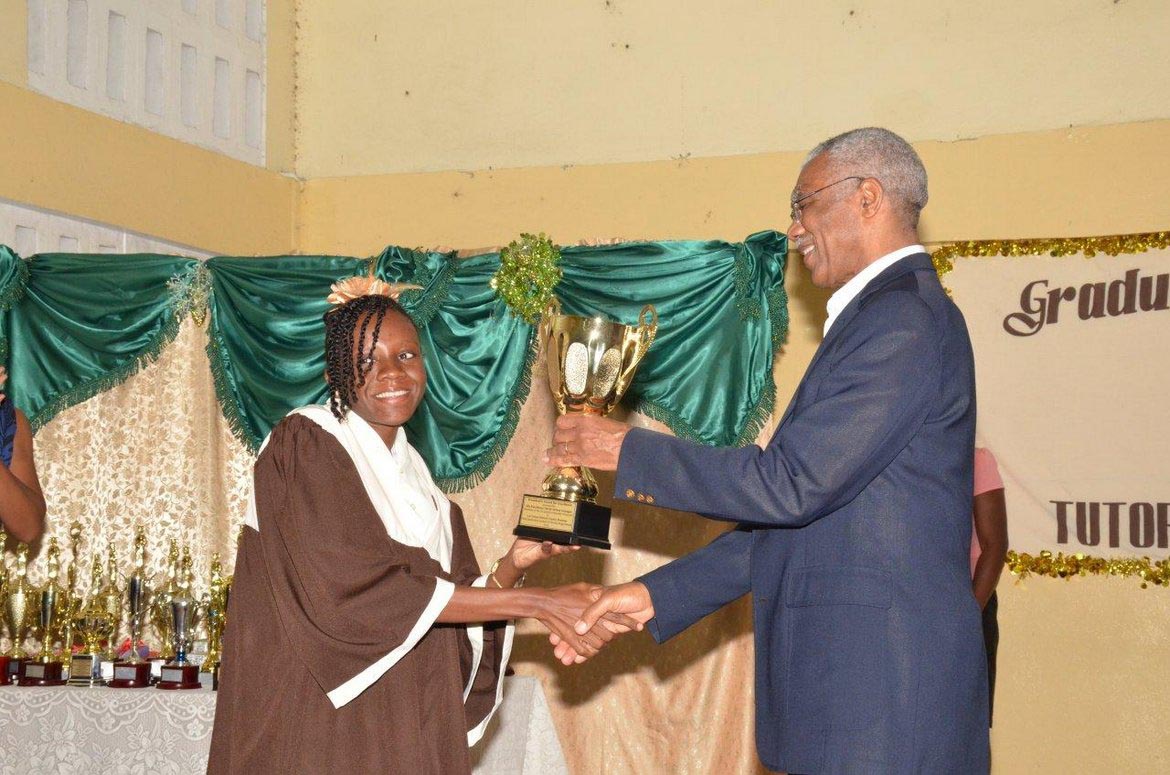 Georgetown, Guyana – (November 19, 2015) President David Granger, today, attended Tutorial High School’s Annual Graduation and Prize-Giving Ceremony, where he challenged the school and its alumni to establish a Tutorial Education Scholarship Trust to assist poor families to send their children to the school. He said this is the model and tradition that the school was founded on by Austin Castello, a visionary, who generously opened the doors to secondary education for those who otherwise, could not afford it.

“If you are prepared to establish a scholarship trust to help poor, underprivileged families to send their children here I am prepared to put good money into that fund to help you to help yourself. In so doing, I believe I am continuing the work of Austin Costello,” the Head of State said.

Tutorial High School was established in September 1939 by Castello, as a private school to assist poor, working-class families, many of whom could not afford the $2.00 per term school fee, but still benefitted from the services either through credit arrangements or free of cost.

President Granger said that, “the fact that a child is poor should not prevent him or her from having a rich education.”

He said that in its formative years, the school performed creditably, aligning itself with the other top schools in Georgetown. He told the graduating class that they are the inheritors of a proud tradition of a different type of secondary school founded on the Castello model, which should be preserved even though the school is now state-owned.

Wife of the Prime Minister, Sita Nagamootoo delivered the charge to the graduating class while, Speaker of the National Assembly, Dr. Barton Scotland, who is also an alumnus, delivered the feature address told the graduates that while this ceremony may signal the end of their secondary school life, it should not be the end of their learning life. He also spoke of the importance of values and ethics in building a professional reputation, regardless of whether they choose to further their studies or enter the world of work.

Head Teacher of the school, Walterine McLeod informed that the Tutorial High offered 28 subjects at the Caribbean Secondary Education Certificate (CSEC) examinations for the 2014-2015 academic year. This year, the school achieved an overall pass rate this year of 71 percent, which represents an increase of 23 percent from that of the previous year. This achievement places the school among the top 10 in Georgetown. 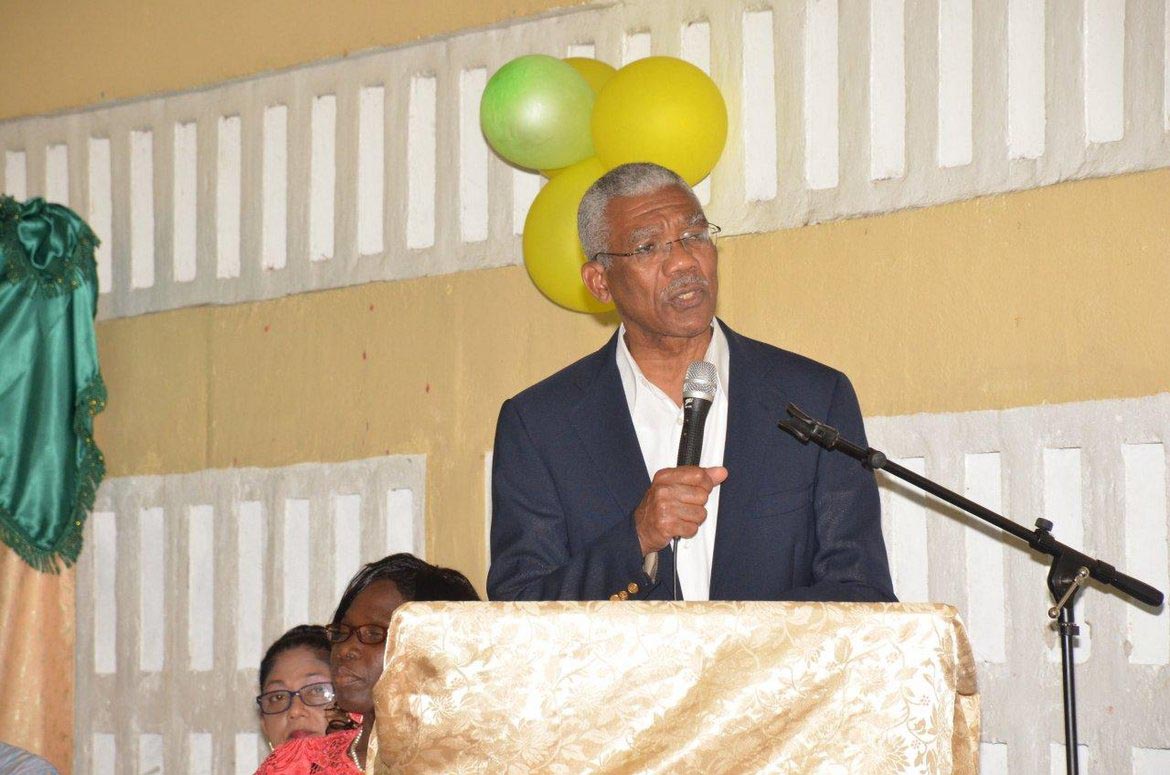 National unity is not an option, it’s a prerequisite for Guyana’s development – Minister Harmon