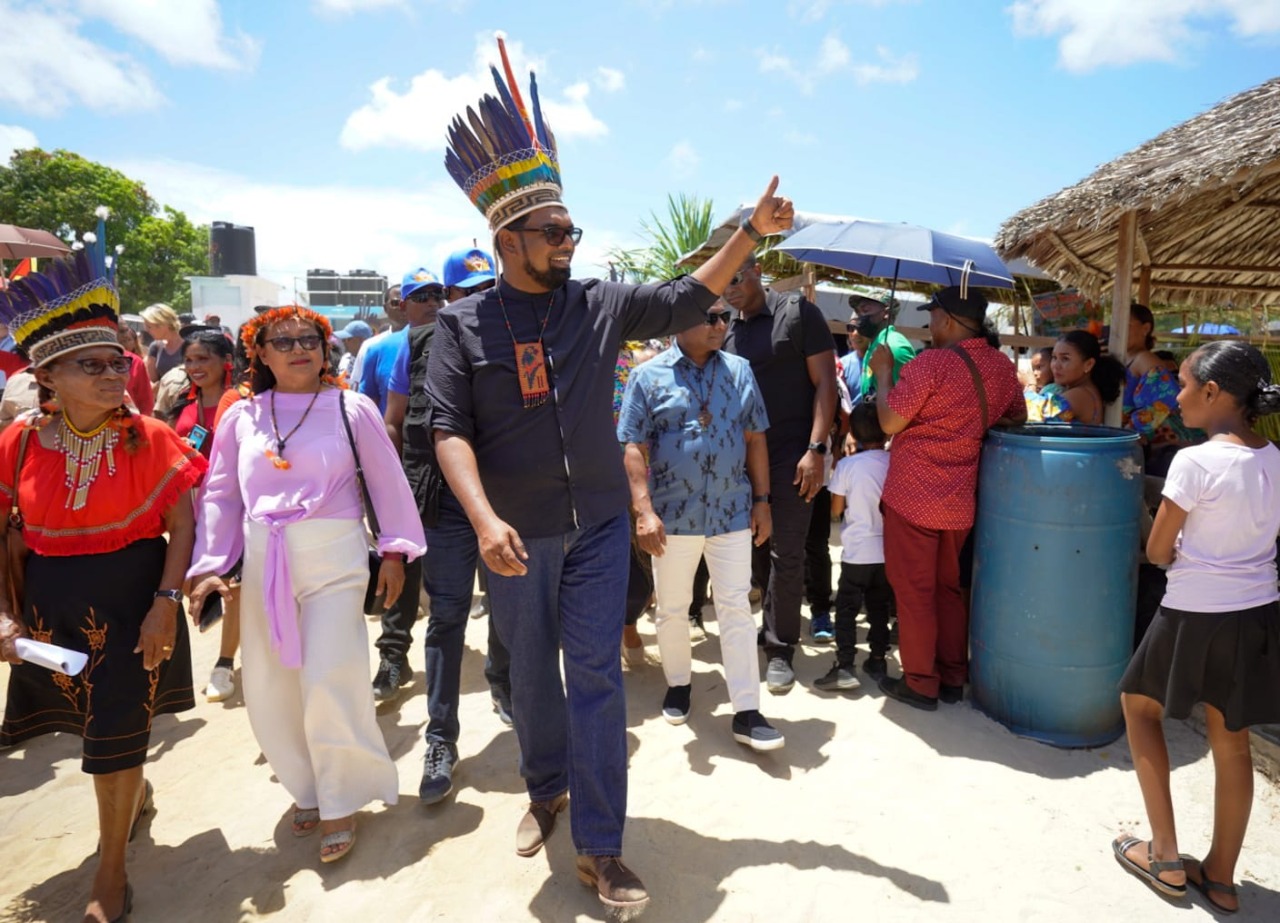 Mainstay/Whyaka, Essequibo—(September 10, 2022) His Excellency Dr Irfaan Ali said that his Government is working on creating more lucrative and technical jobs for residents in Region Two (Pomeroon-Supenaam) through the expansion of the innovation industry.

President Ali made the statement during his feature address at the Amerindian Heritage Celebrations held in the Mainstay/Whyaka Village this afternoon.

The Head of State said that with Anna Regina Multilateral School topping the country at the Caribbean Secondary Education Certificate (CSEC) examination, it proves that the Region has the capacity and capability for new innovative development.

The President also explained that the Government is working on making agriculture more attractive to young people using research, development tools and techniques and science. He added that the two marine cages for the Mainstay/WhyakaVillage have arrived in the country and will be installed after the celebrations.

“We have not only earmarked the money to develop your poultry sector, but we have started the construction of the facility, and we are buying the equipment.”

President Ali stated that the Government has already set aside resources and machinery for the Region to expand its pineapple production, which he calls the “best in the world”.

In addition, to the initiatives announced by the Head of State, he presented a cheque valued at $3m to the Toshao of this year’s Heritage Village, Ms Yvonne Pearson, to be used for the construction of a water treatment facility.

NATIONAL DEVELOPMENT FOR ALL COMMUNITIES

During his speech, President Ali reiterated his commitment to developing all communities across the country equally. He said that “every single community must be part of the development story of our country”. This, he explained, requires the Government to invest in the productive capacity of the country.

“No community is too small to participate in the productive capacity of our country. So what we have been doing is that we have been working on a national development plan that looks at the advantages and competitiveness of each of those communities and then work on creating the investment and the infrastructure to support the development of your comparative advantage.”

He added that the communities in Region Two have an excellent opportunity to develop their tourism potential. To this end, the Government, through the Ministry of Tourism, Industry and Commerce, will work with Mainstay/Whyaka on an extensive programme where training, certification and upgrades will be provided to support a strong, sustainable and resilient tourism industry.

The President underscored that there is “absolutely no other way” to build Guyana on a common platform of equitable development–which is a hallmark of his Government.

All communities will be part of Guyana’s development – President Ali