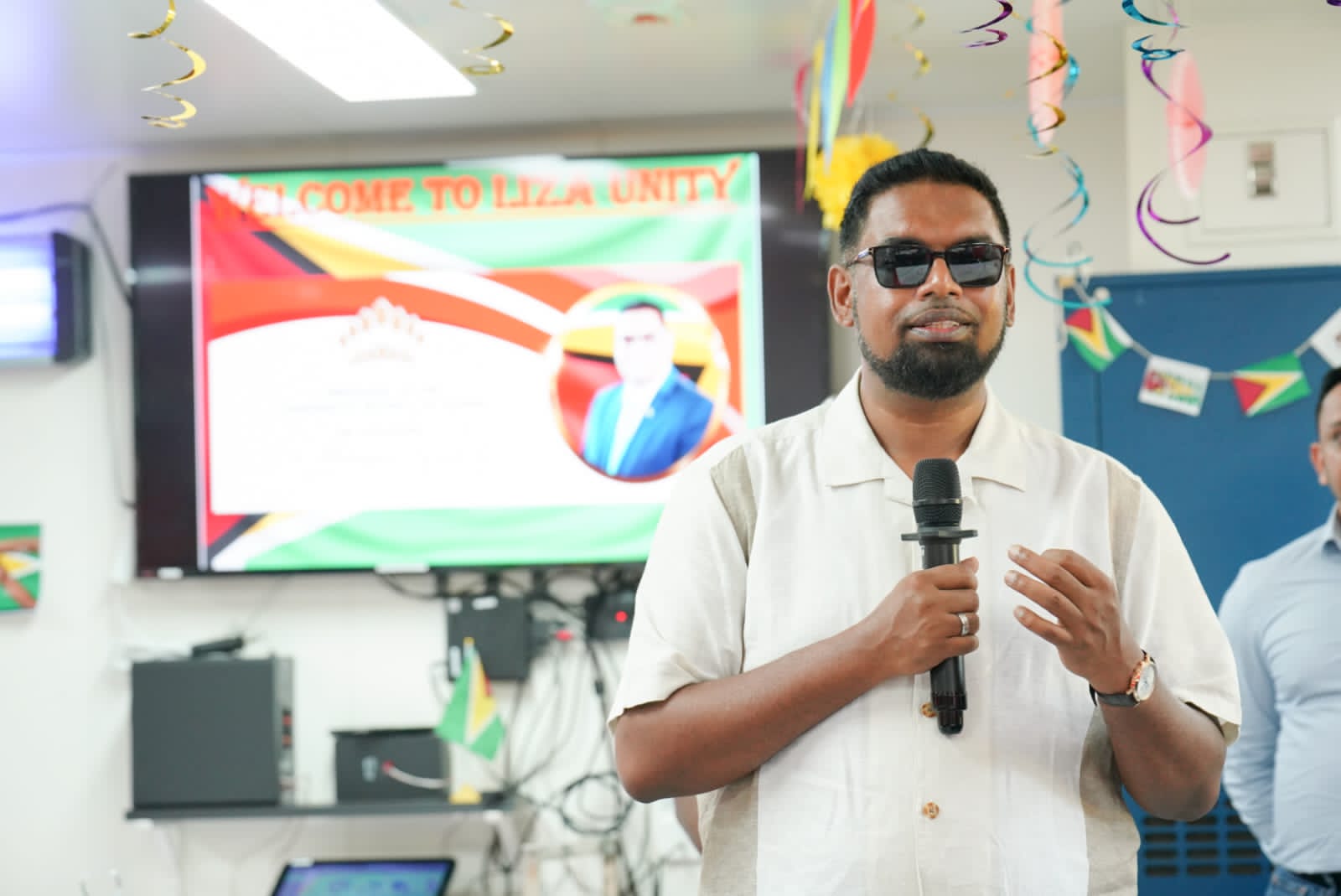 Georgetown, Guyana—(August 23, 2022) His Excellency Dr Irfaan Ali told the Guyanese crew on board the Liza Unity that they are among the “trailblazers” responsible for setting the mark in the oil and gas industry.

The Head of State made this assertion today while addressing the crew on board the floating production, storage, and offloading (FPSO) vessel at ExxonMobil’s Stabroek block.

He encouraged the Guyanese to cherish the opportunity and take advantage of learning from people who have decades of experience in the field.

President Ali also told the crew (consisting of multinational workers) that they are part of a team working to deliver a product that will bring prosperity to Guyanese and support and stability to the broader global community.

“I want to thank you on behalf of all the Guyanese for the sacrifices you make because you all have families too, for the hard work and for your commitment in ensuring that you run a very safe, efficient and reliable operation here that will contribute to the tremendous growth, development and expansion of our country.”

The FPSO, delivered by the Dutch FPSO specialist SBM Offshore, started production in February of 2022. Later this year, it is estimated that the vessel would reach its target of 220,000 barrels of oil per day.

President Ali was given a tour of the facility by the President of ExxonMobil Guyana, Alistair Routledge, and was accompanied by the Minister of Natural Resources, the Honourable Vickram Bharrat and Director of Projects at the Office of the President, Mrs Marcia Nadir-Sharma.