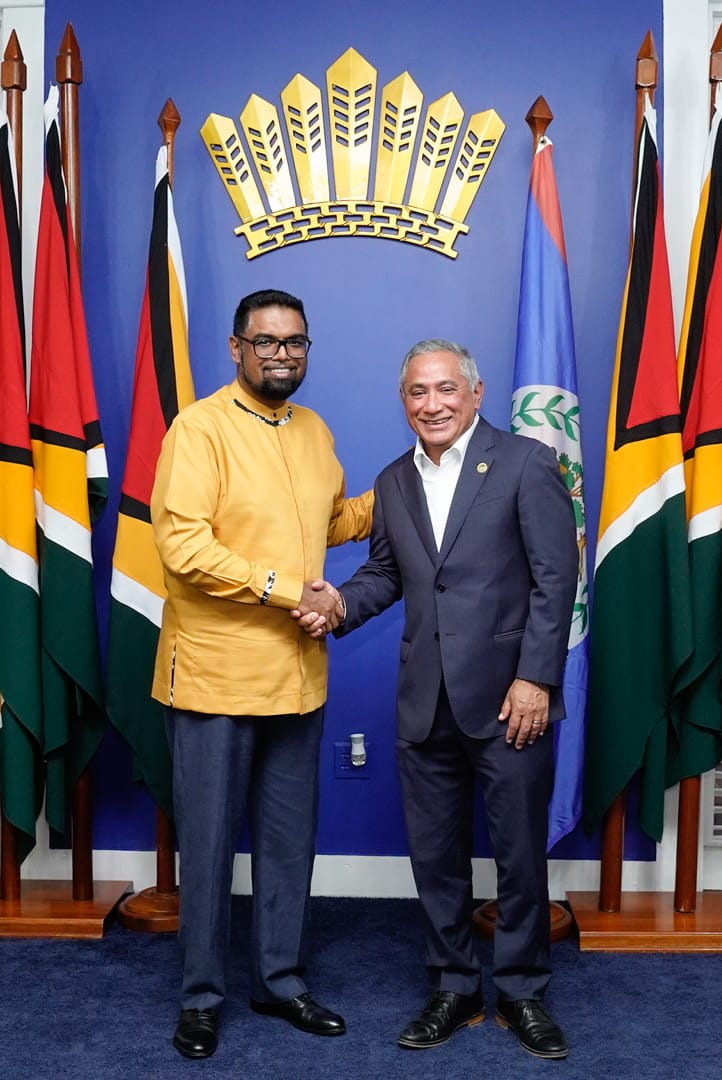 Georgetown, Guyana—(July 8, 2022) His Excellency Dr Irfaan Ali said the new cooperation agreement between Guyana and Belize will open up tremendous doors for the country in advancing interests in several areas, including agriculture.

“Belize, for example, opens up tremendous doors for us in support in Guatemala for our sugar sector, Mexico, Honduras. So in expanding our diplomatic work and reach in our network to those countries, Belize is a natural ally in helping us to mobilise understanding of our policies that we’re driving because as you know, Guyana is transitioning in terms of its international image, and Belize is not only part of the CARICOM community, but it is part of that integrated whole through which Guyana can advance its cause.”

The Head of State made this assertion on Thursday evening following the signing of a Memorandum of Understanding (MoU) between the two countries, to advance cooperation. The document was signed by Belize’s Minister of Foreign Affairs, Foreign Trade and Immigration, the Honourable Eamon Courtenay and Guyana’s Minister of Foreign Affairs and International Cooperation, the Honourable Hugh Todd.

The President emphasised that both countries and the wider region stand to benefit from this enhanced cooperation.

“Belize, on the other hand, could advance their cause with Brazil, for example, to support the aspirations of the Brazils of the world, the Guatemala, the Mexico, the Honduras of the world, and that is the two important extremities that we can bring to bear in CARICOM. Because as we have said in the last CARICOM meeting we have to rethink how we deal, for example, with northern Brazil integrating the South-South cooperation and what it means for us.”

In recognising the similarities between Guyana and Belize particularly in developing the agriculture sector, he pointed to the benefits of combining efforts along with Suriname, enabling them to have enough land assets to deploy to meet the food requirements of CARICOM.

He announced that the Foreign Ministers from the two countries will advance discussions to examine collaboration in agriculture and several other areas including climate change, education and healthcare.

President Ali said similar bilateral agreements are to be signed with other CARICOM member states. These agreements, he noted, move countries closer to removing trade barriers.

“I’m very pleased today that we have taken this official step in advancing the discussions we’ve been having at the foreign ministry level, at the prime ministerial level and setting out a clear path through which we’re going to structure our dialogue and engagement to achieve particular results.”

He assured Prime Minister John Antonio Briceño that “the people of Belize have a friend in the people and Government of Guyana”.

“I wish you and the people of Belize continued success, good health and assure you that together we will advance this cause for the benefit of the people of both countries.”

Prime Minister Briceño said signing the cooperation agreement was “a sense of accomplishment, achievement and happiness” that both countries are moving in the right direction.

Guyanese must have access to the best possible healthcare – President Ali