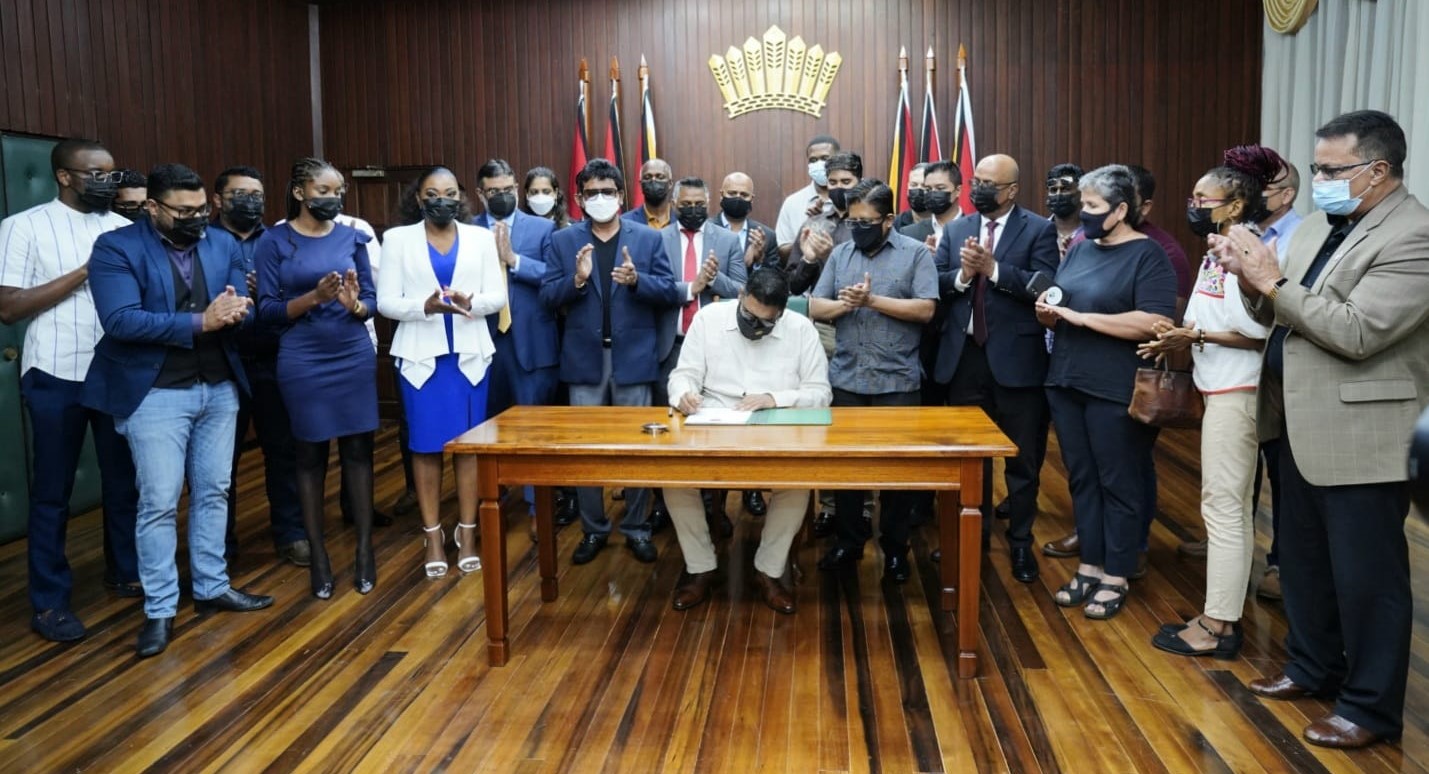 Georgetown, Guyana (December 31, 2021) His Excellency Dr Irfaan Ali today called the Local Content Act 2021 a dynamic piece of legislation that will set the framework for Guyanese to win.

President Ali made the remarks while flanked by senior members of the Government and representatives from the local private sector prior to assenting the historic Bill.

“It sets the framework for Guyanese to win, and that is what we’re interested in.”

The President said that a win for Guyana and its citizens translates into a win for the region.

“We can assure this region and our global community that our prosperity will bring a better environment for the rest of the world.”

START OF A DYNAMIC JOURNEY

The Head of State said that the assenting of the Bill is the start of a dynamic journey for Guyanese workers and businesses.

He noted that even though the country’s oil and gas sector is still in its infancy stage, further development, which will be enhanced by the Local Content Act, will advance the sector’s maturity and impartiality.

President Ali emphasised that his Government’s priority is to move Guyana and its citizens forward. He said that barriers must be dismantled to build a cohesive vehicle that would drive the country to prosperity.

He added that there are many initiatives and projects of “tremendous magnitude” that the government will pursue that will be put to the local private sector to “mobilise local financing and local involvement”.

The Head of State also took the time to thank all of the stakeholders that were involved in the consultations that helped to craft the bill including “organisations, farmers, private sector [and] civil society”.

High praises were also given to the youths involved in drafting the bill.

Yesterday, the President gave his assent to the Natural Resource Fund Bill 2021 and the Fiscal Management and Accountability (Amendment) Bill 2021.

Now that the Bills have become Acts, they will aid the Government in adding more structure to its overall plans for developing Guyana and the lives of all Guyanese.