CWI needs to immediately publish the criteria for selection—President Ali 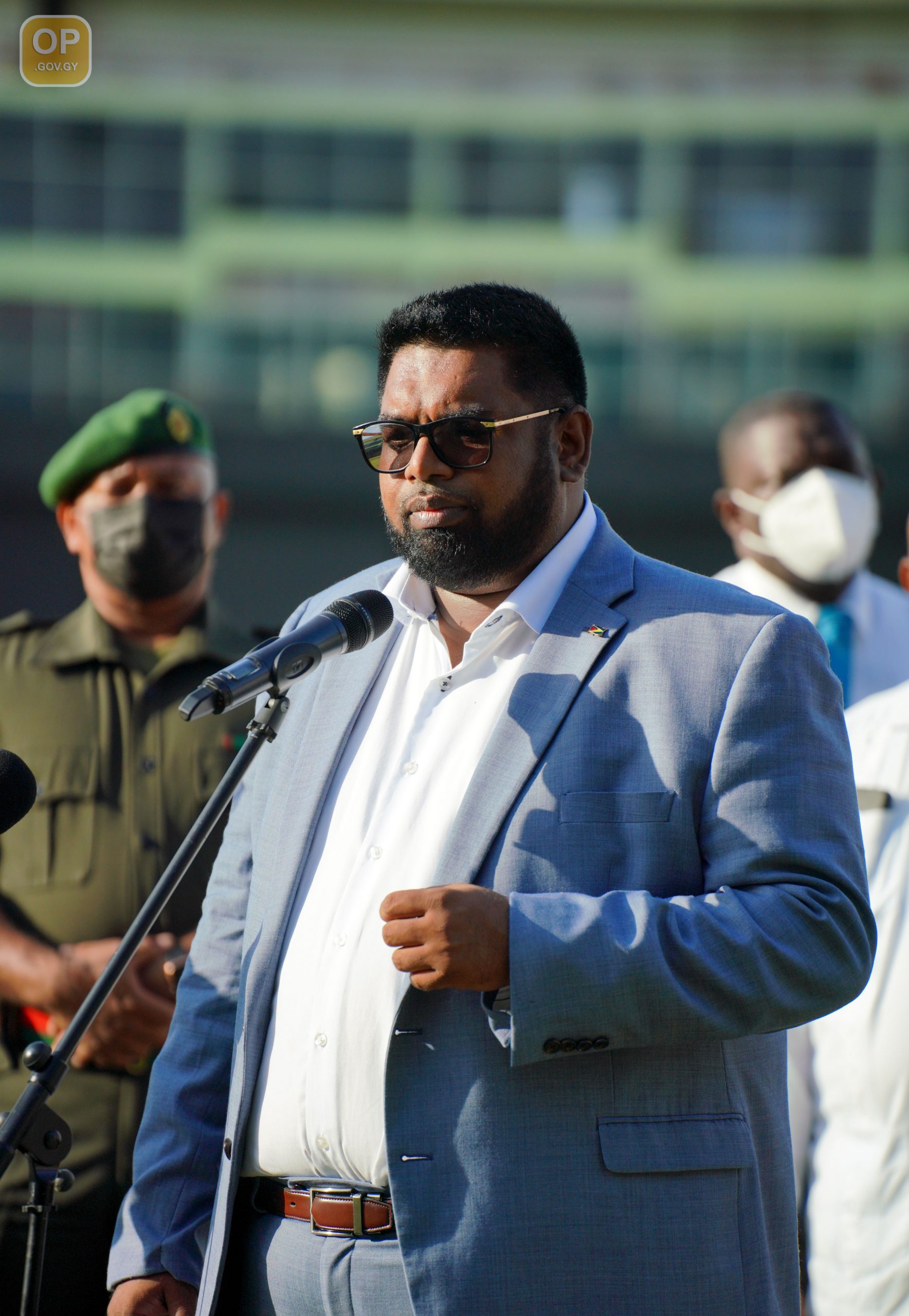 Georgetown, Guyana (September 16, 2021) His Excellency Dr Mohamed Irfaan Ali has thrown down the gauntlet at Cricket West Indies (CWI) for not executing its duties in a more transparent manner and in the best interest of citizens of the region.

The Head of State, who is an ardent cricket supporter and a “great West Indies cricket fan,” said that the exclusion of Guyanese all-rounder Romario Shepherd from the T20 World Cup squad has left more questions than answers.

“[Cricket] West Indies need to publish immediately the criteria for selection for all levels of cricket.   Because if you have the regional tournament as the tournament that selects the West Indies team and you have bowlers coming out of the regional tournament with the most wickets and can’t find a place in the team, what happens? Then there are no incentives to being the best bowler in the tournament,  you have batsmen coming out with high average and they are not part of the team, it is time the people of the region know what criteria the board is using to select teams.”

President Ali set social media alight on Sunday when he questioned why the 26-year-old, who has had a superb all-round performance at this year’s Caribbean Premier League (CPL) was excluded.

This afternoon, at the handing-over ceremony of ground cutting equipment to the Ministry of Culture, Youth and Sport at the National Stadium, he reiterated his sentiments and indicated that he had recently spoken to the Guyanese cricketer.

“This is a superb talent. This is an all-rounder that I think has a great, great future ahead of him.  I spoke to him directly and I told him to hold his head up high and continue to work hard and perform and let your performance speak for yourself.”

The Head of State said that in his opinion, Shepherd should have been in the side.

“When there is injustice, you have to speak out…  It is crazy that he was not selected. As a matter of fact, I would go beyond that and say that it’s not only an issue of transparency but who owns West Indies cricket. If the people of the West Indies own WI cricket, then somebody has to be accountable to the people.”

The Head of State added that the matter should be addressed and that a resolution should be made to enhance the sport at the regional level.

“This is a matter for the cricket board and the authorities also to weigh in, this is not a Guyana matter, this has to be a regional matter and the region itself has to start paying attention to how people are treated…I’ve seen situations when people who are in a position to speak up, did not speak, and I see great talent fell by, great talent, we lost great talents.”

Shepherd finished with 18 wickets, the second most wickets in the CPL, one less than T&T’s Ravi Rampaul, but with a slightly better average and economy rate.

He also played his part with the bat, including a match-winning 72 unbeaten runs, with an average of over 21 runs per match.