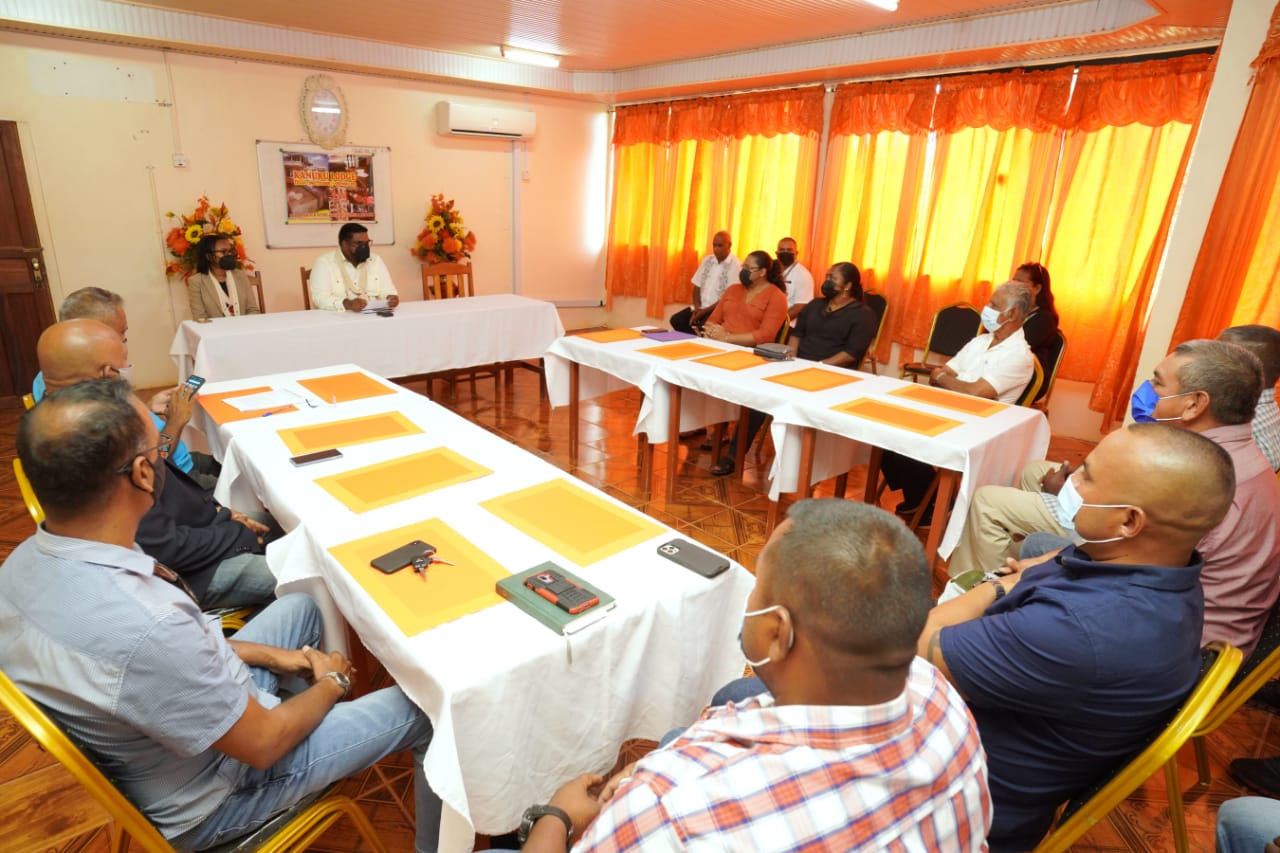 Lethem, Guyana—(September 5, 2021) His Excellency Dr Irfaan Ali met with members of the Rupununi Chamber of Commerce and Industry (RCCI) on Saturday afternoon, where he discussed his Government’s plans for Region Nine and encouraged them to form themselves into consortiums.

The Head of State, who was also in Lethem for the Regional Toshaos Meeting, said that his Government is aware of the desire to have parts of Lethem as a free zone.

“The declaration of areas as designated areas here in Region Nine, Lethem, as a free zone—was a major issue that was raised. What I can say to you is that we are presently drafting the legislation. I received some options from the Guyana Revenue Authority (GRA), and the Attorney General is doing the draft legislation.”

President Ali also updated the Chamber on various plans by his Government to improve the region’s infrastructure,including upgrading various health centres, schools, roads, improvement to the electricity supply, and other major initiatives that will drive more investments and businessesin the region.

He said that once the major projects kick-off, investments could help negate the negative impact of the pandemic.

After his opening remarks, the President opened the floor for the business community to ask questions and highlight issues that affect them.

Most persons spoke of the decline in business due to the pandemic and the high cost of electricity.

The President reminded the gathering that hisGovernment is embarking on significant investments in electricity, including the establishment of solar farms in the region, which will reduce energy costs by more than 50% in the coming years.

President Ali also encouraged the RCCI members to form consortiums and told them that the investmentopportunities are greater as groups than as individuals. He highlighted large scale farming opportunities as an example.

As a result, President Ali, on the spot, asked the group to nominate a representative and instructed the Minister within the Ministry of Public Works, the Honourable Deodat Indar, to form a monitoring committee and ensure that the representative be included.

In conclusion, the RCCI members said that they were happy with the discussions with the President and thanked him for facilitating them on such short notice.

Minister of Tourism, Industry and Commerce, the Honourable Oneidge Walrond, was also at the meeting.