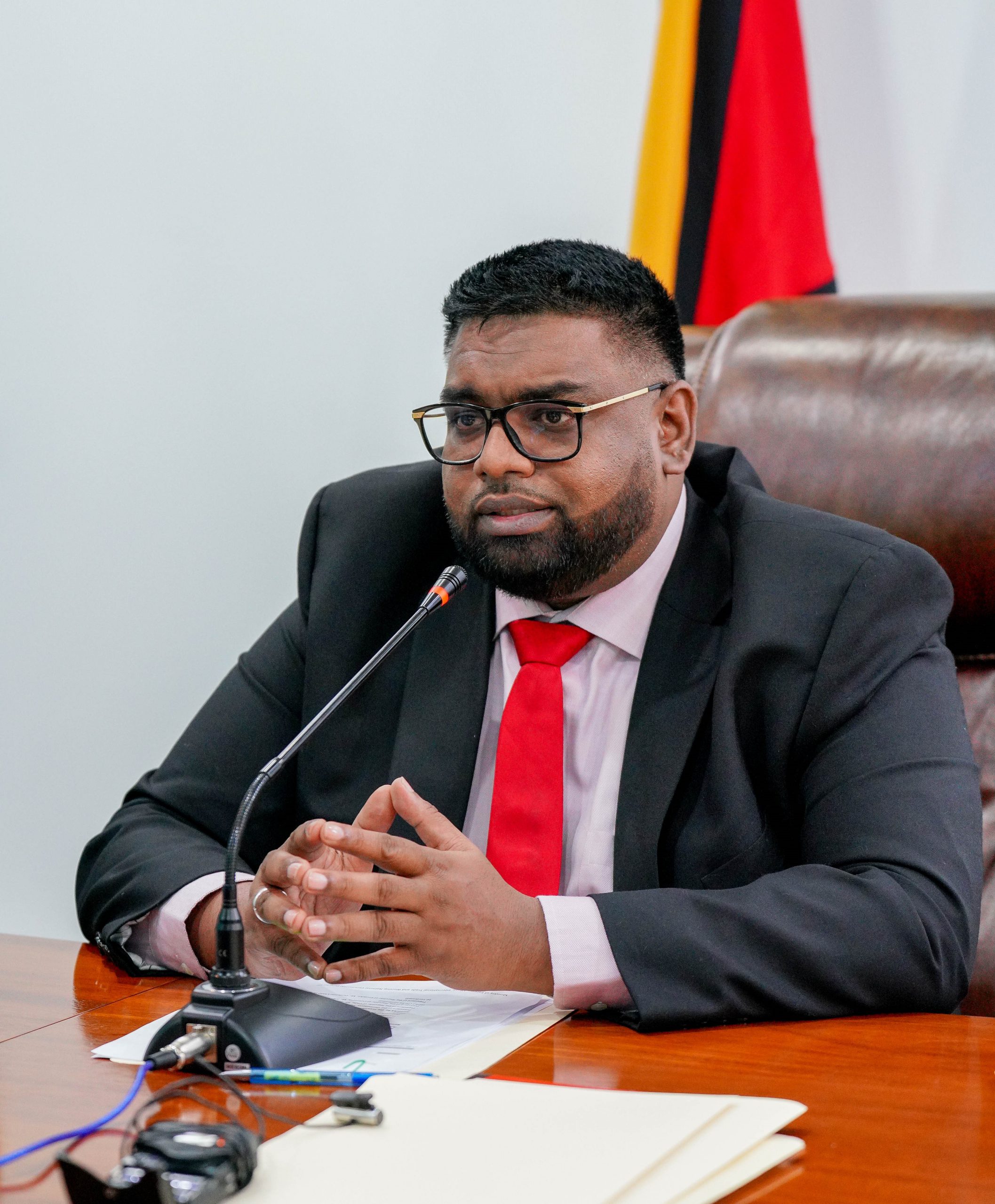 Georgetown, Guyana—(July 8, 2021) His Excellency Dr Irfaan Ali today reaffirmed to the South American trade block MERCOSUR that Guyana is committed to the pursuit of regional economic integration and to strengthen the political, social and economic ties with its South American neighbours.

The Head of State said that the aim is to ensure that there is a more peaceful, prosperous and sustainable future for all citizens of the continent.

President Ali made the remarks at the Summit of Heads of State of MERCOSUR (officially translated to mean Southern Common Market) through a virtual meeting at State House.

The President pointed out that Guyana strongly shares the values that define the MERCOSUR project, including democracy, the rule of law, the promotion and protection of human rights and fundamental freedoms.  He also pointed to the respect for international law, for the sovereignty and territorial integrity of states and the peaceful settlement of disputes. “These are all fundamental to ensuring that our region remains a zone of peace and development where the aspirations of our peoples can be realised in full freedom.”

The Head of State told the auspicious gathering that since Guyana became an associate member of MERCOSUR in 2013, the country has had the privilege of strengthening its engagement with the group as well as its continental counterparts.

“We have benefitted from the wealth of knowledge and experiences exchanged with our regional neighbours.”

President Ali stressed that the group has demonstrated the effectiveness of regional integration, which has now become imperative in a more technologically connected world.  He added that as South American nations, it is imperative to strive for closer ties and build an economic block that is dynamic and self-sustaining.

He pointed to cooperation on infrastructural projects between Guyana and Brazil and Guyana and Suriname, which include the Guyana to Brazil road link that is set to start construction next year, the installation of a fibre optic link between Georgetown and Boa Vista, the conclusion of an agreement to link Suriname and Guyana with a bridge across the Corentyne River, and the prospect of an energy corridor linking the three neighbouring countries.

The Head of State also noted that there is a need for the fortification of national health systems and the strengthening of international cooperation and multilateral action on health. The President said that this deficit was revealed through the pandemic.

“We are grateful for the support received from continental partners in this regard. We must all learn from our experiences and strengthen systems to prevent, contain and manage the spread of COVID-19 and any other infections that may arise in the future.”

The Head of State also stressed that Guyana is prepared to explore regional cooperation initiatives that will help to mitigate the effects of climate change and natural disasters, and to build a safe, more resilient and sustainable South America.

The President said that if not adequately addressed, climate change has the potential to destabilise “our recovering economies and hinder our development agendas”.

He also stressed that Guyana will continue to seek the support of the international community and MERCOSUR in its quest to safeguard the country’s territorial integrity.

“We take this opportunity to reiterate our strong adherence to the principles of respect for treaties and international law, the peaceful settlement of disputes, rejecting entirely the threat or use of force, and mutual cooperation for peaceful coexistence among states.”

Mercosur was established by the Treaty of Asuncion in 1991.