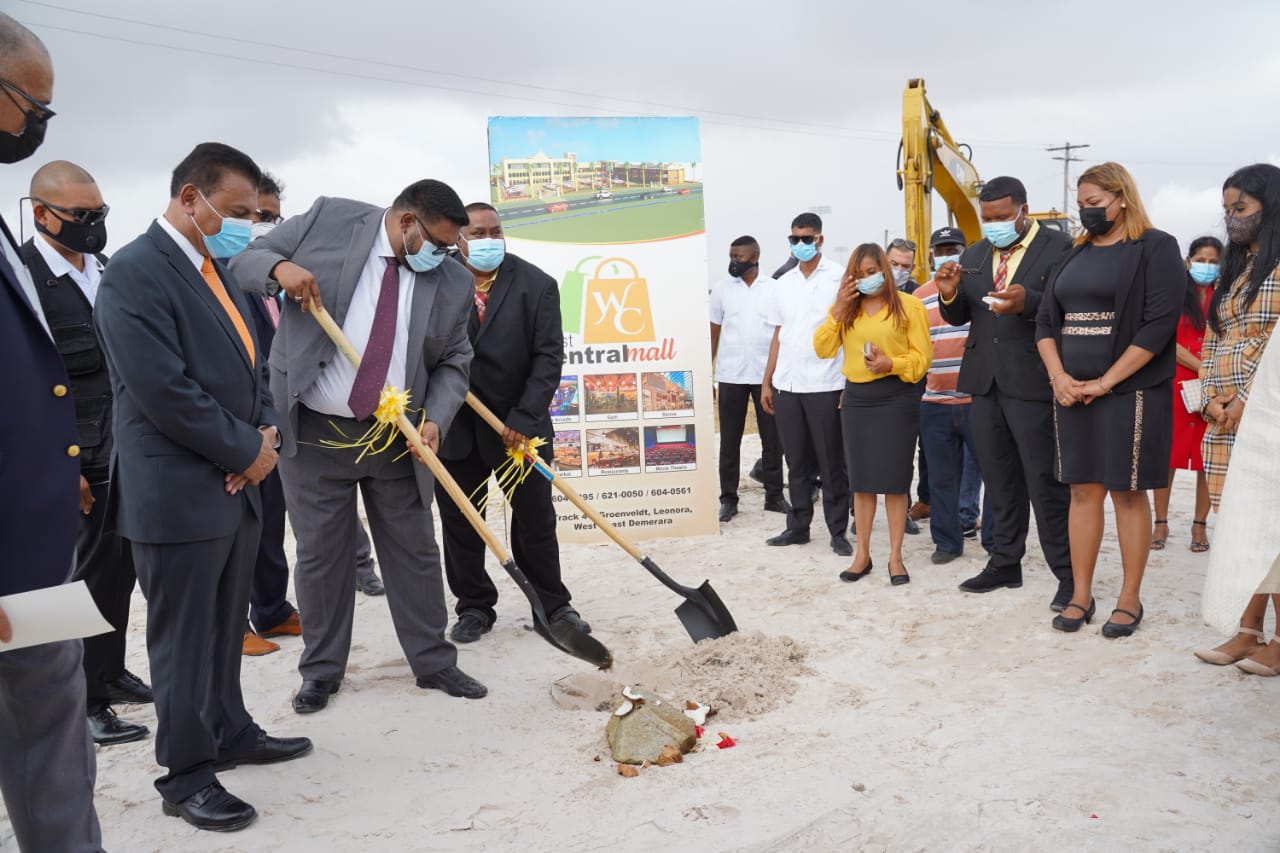 The Head of State made these remarks during his address at the sod-turning ceremony for the West Central Mall which will be located in Leonora, Region Three.

The US$5M project is expected to be completed within a year.

The mall is projected to generate 325 direct and indirect jobs when fully operational. The addition of the West Central Mall to the region’s landscape is expected to boost tourism.

The President was joined by businessman and developer, Mr Hemraj Albert and his family; the Chief Executive Officer of the Guyana Office for Investment, Dr Peter Ramsaroop; Regional Chairman Mr Ishan Ayube and regional representatives.

The President noted that such investment is in tandem with the massive development projects earmarked for the region.

On this note, he reminded of the roles and responsibilities we have as Guyanese to aid in the development of our country.  He added that ”selfish” actions for ” narrow political gain” only result in harming the investment climate.

”We have a responsibility as Guyanese to promote the development of Guyana. I am not asking anyone to promote the development of a government or political party. We have responsibilities as patriots, as Guyanese to positively position our country for every opportunity. We have the chance to do so. We have Guyanese sacrificing and making  life changing investments to create jobs, to create better communities, but yet, some in the society would seek to even be critical of that.”

President Ali spoke of the development wave that will wash over the region through developmental projects and the creation of new economic hubs across the country.

”It is investments like these that are integrated in those hubs; that will act in a catalytic manner in bringing on investment in other sectors and this adds to the value chain in the creation of jobs and the expansion of the economy.”

He acknowledged that in order for Guyanese to move aggressively on these opportunities, in the quickest possible time, Government must provide the enabling environment.

President Ali also announced new opportunities on the horizon for Region Three including the expansion of banking facilities, the expansion of the housing sector, investments in agro processing and in the hospitality sector.

”So, we are talking about diversification in oil and gas, industrial development manufacturing, base and logistics facilities. And then we also have interests in investment in the hospitality sector here in Region Three and all of this is private interests. In addition to this, one of our largest, local housing developments will soon commence work on the development of a massive medium to upper scale housing community—again private investment.”

The President used the forum to encourage the private sector to seek out opportunities, to be aggressive, and to form consortiums to go after large scale opportunities.

In closing, he assured the Albert family of his Government’s support and congratulated them on their achievement.

”So today, I am more than happy, and in the village I grew up, to see such an investment… So we are with you and we support all other private investors. And I’m sure, by the grace of God, you will be successful.”

GO- Invest CEO Ramsaroop noted that democracy is the foundation of the investment climate. He said too that through the various phases of the project from construction to opening, thousands of jobs will be created.

Mr Albert said that the mall is a significant milestone and it’s a realisation of the vision he has had for some time. 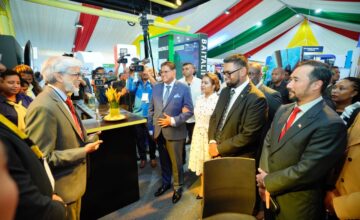