Region Six gets $11.5M for rehabilitation of community grounds 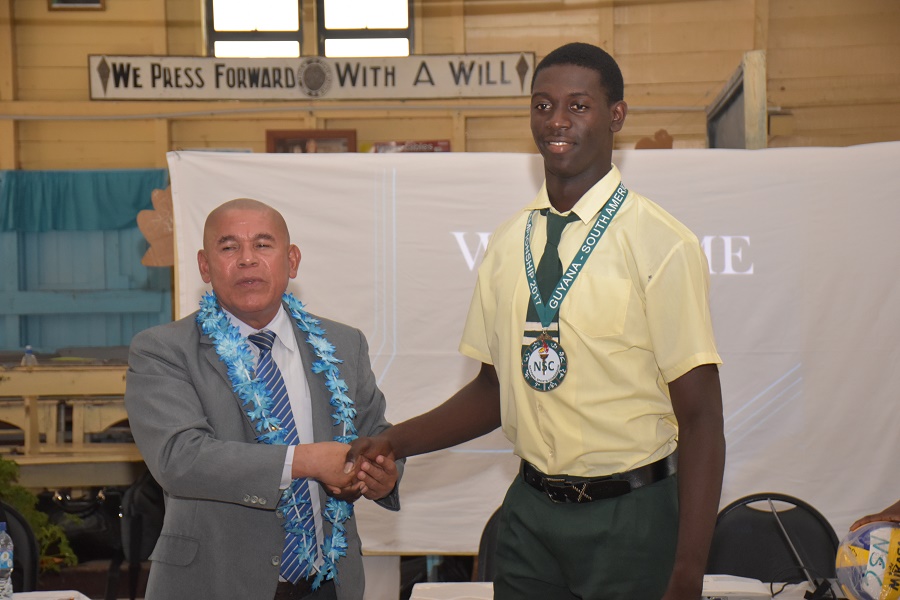 Rose Hall, Guyana – (November 6, 2017) The Minister of Social Cohesion with the responsibility for Culture, Youth, and Sport, Dr. George Norton, today, handed over a $11.5M warrant to Deputy Regional Executive Officer, Mr. Claude Henry, for the enhancement of four community grounds in the Region. The presentation was made during the Ministry’s sensitisation session, which was held at the Rose Hall Primary School, in East Berbice-Corentyne (Region Six) for stakeholders of the Regional Democratic Council, Mayor and town Council and Civil Society. The grounds earmarked for rehabilitation are the Youth Friendly Space in New Amsterdam, Sisters Village Ground, Glasgow Basketball Court and the No. 76 Village Sports Ground.

Minister Norton urged the beneficiaries to ensure that after the upgrades are completed at each ground grounds, they are properly maintained and the facilities used for their intended purpose. He added that no one, especially the youths, should be denied access to the grounds, which will aid in the further development of athletic capabilities and skills.

As outlined by the Ministry, the Youth Friendly Space New Amsterdam ground will undergo works of landfilling, fencing, and the addition of a basketball court at the sum of $4M; at the Sisters Village ground, repairs are to be made to the fence, the construction of a gate and two wooden pavilions to the sum of $4M; the Glasgow basketball court will undergo works for the construction of a multipurpose for $1.5M, while the Number 76 Village sports ground will undergo enhancements for infilling and landscaping of the ground at the sum of $2M.

Minister of Social Cohesion with responsibility for Culture, Youth and Sport, Dr. George Norton, rewarding South American Youth Games Silver Medallist, Master Jermaine King, with a National Sports Commission medallion. Master King, who hails from Region Six was honoured today as he was unable to attend the small ceremony that was held in Georgetown by the Minister for his other colleagues last month.

During the session, Minister Norton honoured South American Youth Games Silver Medallist, Master Jermaine King, with a silver National Sports Commission medallion. The athlete, who hails from Berbice, was also gifted a basketball and a soccer ball by the Minister. The lad, who participated in the 100m dash claiming silver in Chile at the South American Youth Games, which concluded last month.

At the end of the session stakeholders got a chance to interact with the Minister Norton and discussed further ground enhancement works needed in the Region. The Minister also handed over sports gear to the Head Mistress of Rose Hall Primary School to aid in the school’s physical education activities.