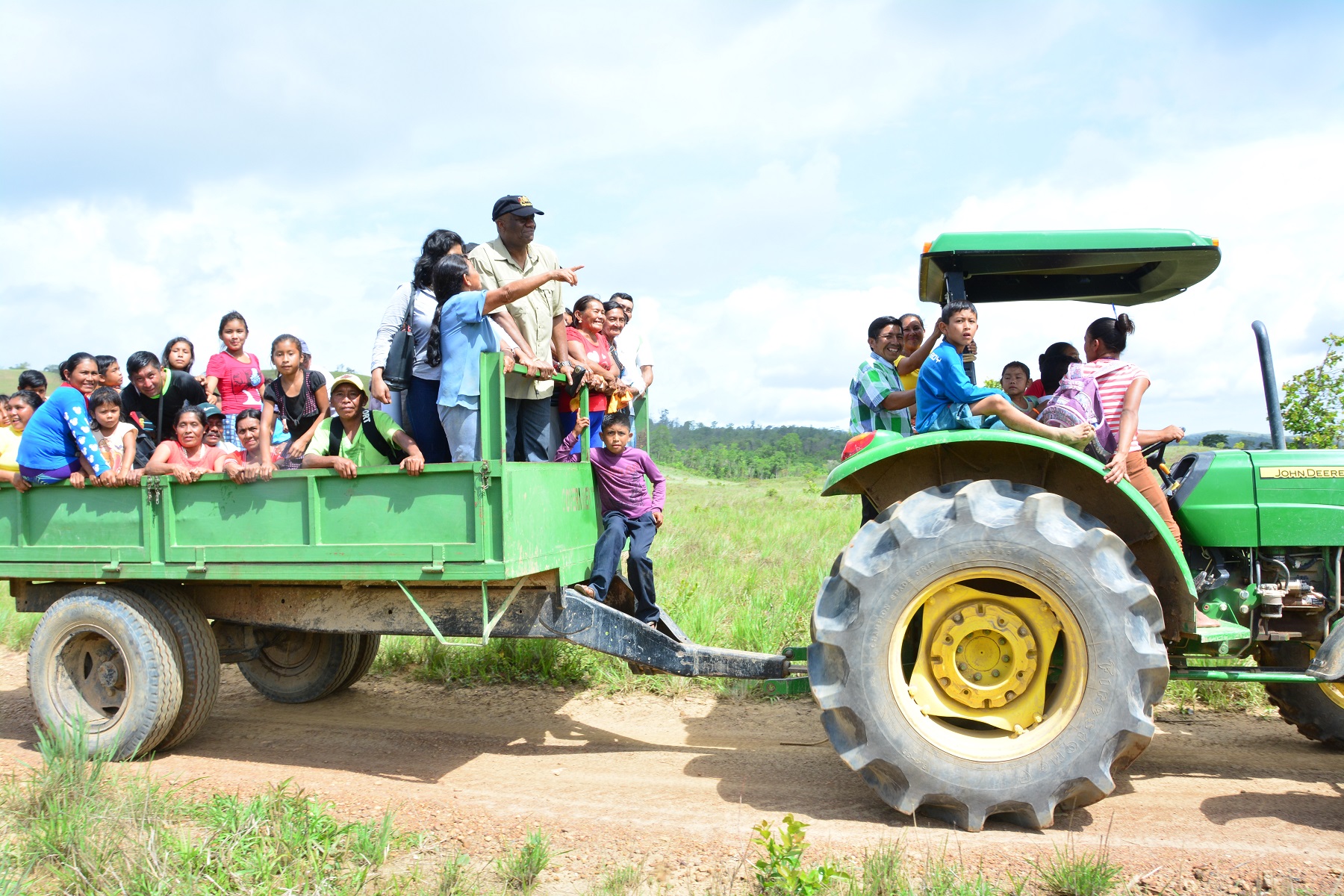 Georgetown, Guyana – (May 21, 2017) Minister of State, Mr. Joseph Harmon, today, visited the villages of Itabac and Kanapang in the Potaro-Siparuni (Region Eight) area where he assured the residents that the Government will use every resource at its disposal to restore normalcy in the communities after the recent flooding, which will range from the restoration of livelihoods to the rebuilding of homes. Minister of Indigenous Peoples’ Affairs, Ms. Valerie Garrido-Lowe visited Chenapau, Kaibarupai and the other affected villages.

Minister Harmon, who first stopped at the Civil Defence Commission’s (CDC) Forward Operation Base from which food, clothing and medical supplies are being shuttled by helicopter to the affected villages, said that the Government is committed to bringing relief to the residents. As such, he told the workers present at the location that every effort must be made to reach every resident who has been affected by the flash flood, which is as a result of the overtopping of several rivers in the region, including the Ireng River.

“Every square centre of Guyana, wherever people live, we have a responsibility to ensure that they are taken care of and that they have a high quality of life. So whichever part of this country our citizens are affected, be it by flood, drought or any other natural disaster phenomenon, the resources of the state will be provided to assist them. The President has given instructions that the resources of the state must be made available to the citizens,” he said.

Flood waters continue to recede in all of the affected areas in Region Eight, with the water having fully receded from the land in some of the communities. Flood waters have receded off the land in both Itabac and Kanapang and there has also been a drop in the water level in the Ireng River.

Minister Harmon, during his meeting with Itabac residents, who warmly welcomed him, said that he wanted to take a first-hand look at the situation to determine for himself what were the damages and needs in the area and to assure them that the Government is actively pursuing relief solutions.

“I am here to speak to you directly because we are concerned about the damage to your village and I am here to see what is happening in the community. We are having a first-hand look and I want to give you this assurance that the Government will continue to work with you to ensure that those matters, which … concern … you, are addressed. We share your concerns and we feel for you. Your Government cares for you, your Government understands what is happening and we are working to bring relief to you the residents,” the Minister of State said.

Minister Harmon also made a special commitment to those residents whose homes were washed away due to the magnitude of the flood, that they will be given assistance to rebuild.

“We are going to make a special effort to look at the houses that have been washed away. We will bring items for you that you may need for now and I will ask some of the CDC volunteers and the [Guyana Defence Force] GDF to come and assist in rebuilding efforts,” he said. 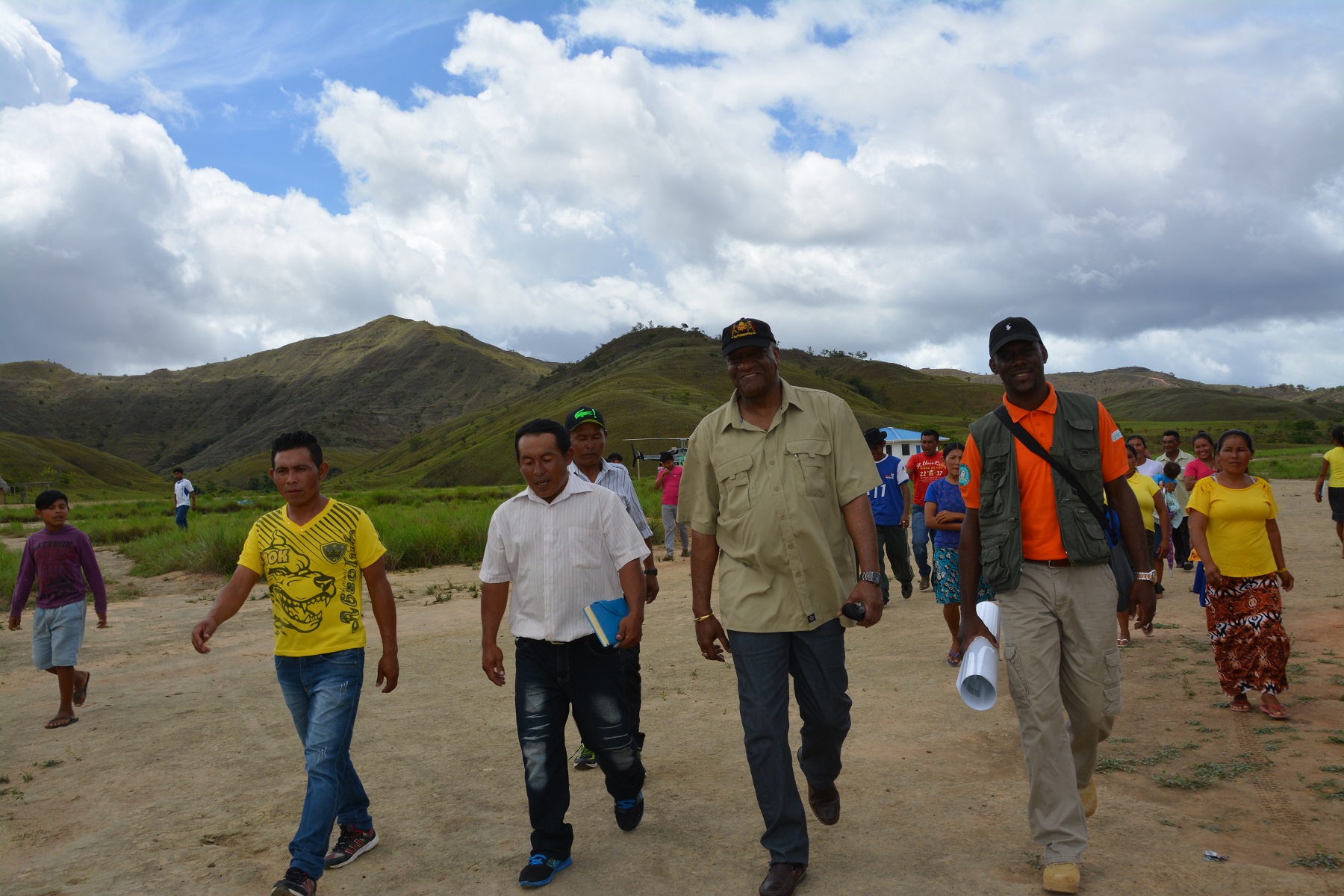 One of the major concerns raised by the residents in this village was the loss of their farms and livelihoods. However, Minister Harmon assured them that the Government will assiduously work to ensure that this is rectified.

“The farms that have been destroyed, this is your livelihood and we have to pay attention to it as the Government. I will ask the Ministry of Indigenous Peoples’ Affairs to send a representative and to see what assistance we can give to you to ensure that you can have your livelihood back. We will make an assessment and assist you,” he said.

Over at Kanapang, the Minister also met with affected residents, where he made similar commitments. Ten houses in the community of Kanapang were damaged, five of which were completely destroyed. There have been no reports of increases in water-borne or other flood-related illnesses in any of the flood affected communities in Region Eight. The major concerns of that village were the condition of the road between Kanapang and Itabac, which remains damaged and impassable to vehicles; the availability of potable water and the resumption of classes at the school since the school is being used as a shelter for residents who have been displaced as a result of the flood.

Minister Harmon said that the road is being examined while a team comprising representatives from the Ministry of Communities, Ministry of Indigenous Peoples’ Affairs, and the Guyana Water Incorporated (GWI) will be visiting the flood-affected communities to conduct further assessment on damages and impacts to housing, agriculture and water. The GWI will be dispatching several engineers and water cans for storing drinking water, to assist the residents. 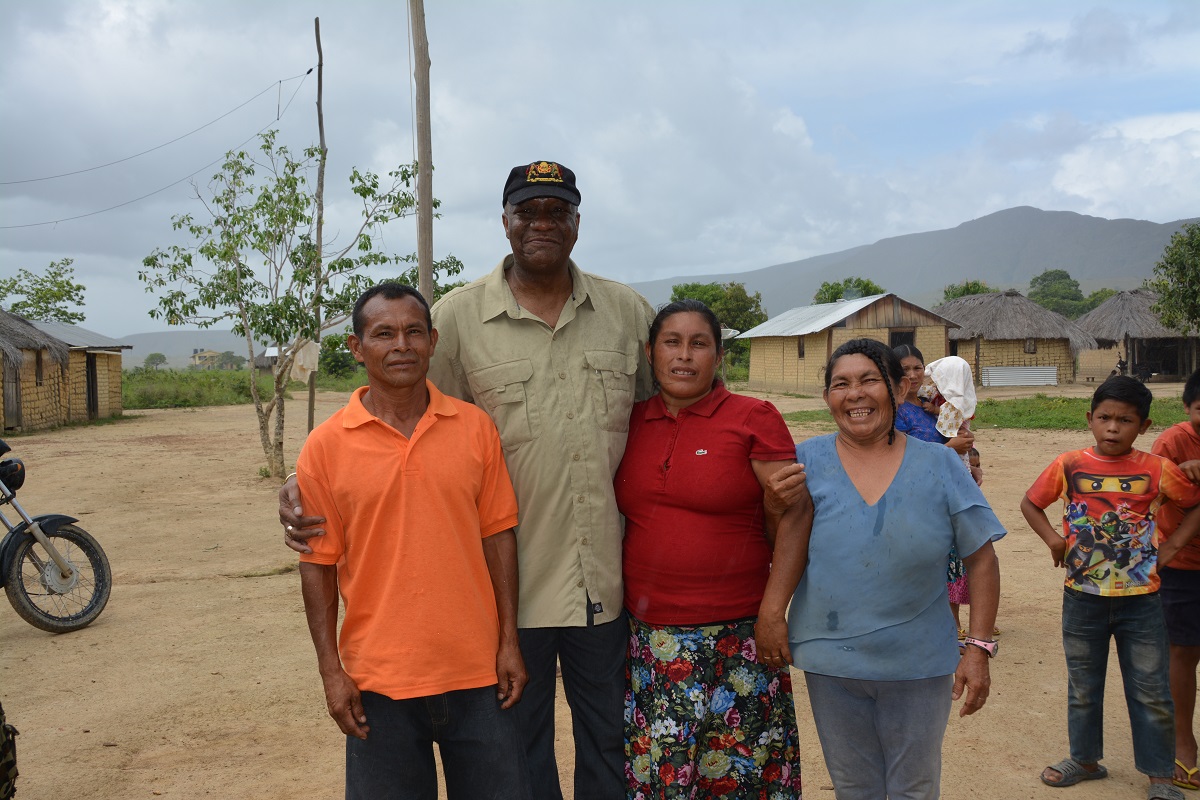 The residents expressed their gratitude for the visit, noting that it is heartening to see the Minister out in the communities, meeting and listening to their concerns. Mr. John Peters from Itabac village said, “I feel proud and very happy because we have the Minister with us here today. I am proud”. Similar sentiments were expressed by Ms. Cecilia Peters. “Minister has done a good thing here and he has provided for us and come to see us and we are happy to see Minister here today. We had a flood and he came to meet with us,” she said.

Meanwhile, Cuyuni-Mazaruni (Region Seven) has seen an increase in water on the land and several communities are inundated. A team comprising representatives of the Regional Democratic Council (RDC) and the CDC has been deployed to affected communities across the region to ascertain the extent and impacts of flooding there and to assess the needs at this time.