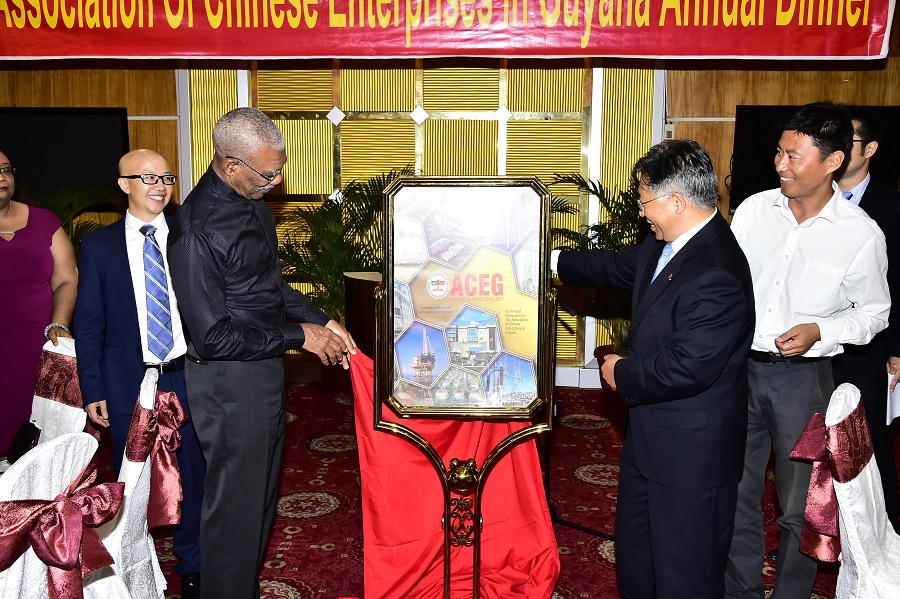 Georgetown, Guyana – (April 01, 2017) President David Granger said that Guyana welcomes Chinese investment but called for such investments to be more closely aligned to local employment and national development. He said that deepened integration between Guyana and China should also see increased partnerships between Chinese and Guyanese businesses and this would in turn spur employment opportunities. The Head of State was at the time speaking at the Association of Chinese Enterprises in Guyana’s (ACEG) annual dinner and launch of its 2017 business magazine, which was held at the New Thriving Restaurant on Main Street.

Over the years, Guyana has been seeing an increase in Chinese investments, including restaurants, retail stores, and construction, bauxite and timber companies and the President assured the ACEG of his Administration’s commitment to supporting foreign direct investment. “We are committed to the protection of foreign citizens, visitors and investment through improved public security and human safety measures. We will continue to provide a business climate that is favorable and friendly to all investors. We assure you of the Government’s support for investment, which can advance our economic development,” he said.

President Granger made reference to meeting he had with Chinese Ambassador, Mr. Cui Jianchun, who proposed a five-point agenda that focuses on infrastructure, Information Communication Technology (ICT), investment, industry and integration. He said that this plan, which the he fondly referred to as the ‘Jianchun Initiative’, is consistent with Guyana’s ‘green’ agenda as well as its overall development policy and it can form the basis for increased investment and trade between Guyana and China. The President noted that while Guyana has an abundance of natural resources, it needs capital. 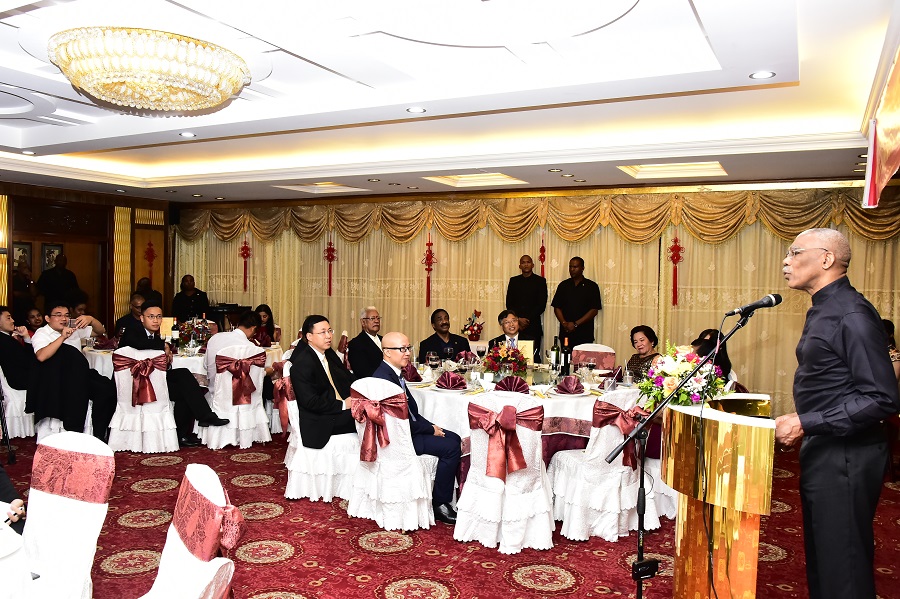 The Head of State also took the opportunity to place on record, his Government’s appreciation and gratitude to former Chinese Ambassador, Mr. Zhang Limin, whose support for the ‘One Laptop per Teacher’ initiative last year did much to advance information technology in the education system. He said that investments in ICT will not only transform the way education is delivered in classrooms but it will also increase the speed and scale of business transactions.

Meanwhile, President of the ACEG, Mr. Kevin Liu said that even though the members of the organisation have been experiencing difficult economic times over the past three years, they have not swayed from their objectives. “Guyana continues to attract an increasing number of Chinese enterprises to invest in the economic development of Guyana resulting in strengthened relationship between Guyana and China…We at the ACEG consider ourselves very fortunate and privileged to be operating our businesses here in Guyana,” he said. 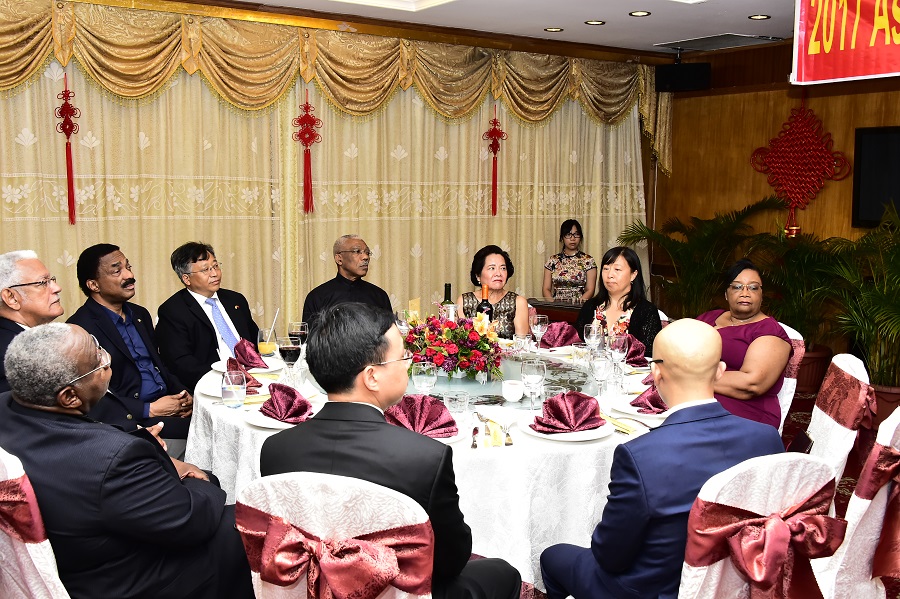 He also spoke of the Association’s commitment to fulfilling its social obligation and informed that they have conducted medical outreaches and made several donations to orphanages and senior citizens’ homes.

Remarks by His Excellency Brigadier David Granger at the Fourth Annual State of the African Guyanese Forum held under the theme “African Guyanese Self-realisation: Challenges for the next 50 years”, organised by the Cuffy 250 Committee held at the Critch