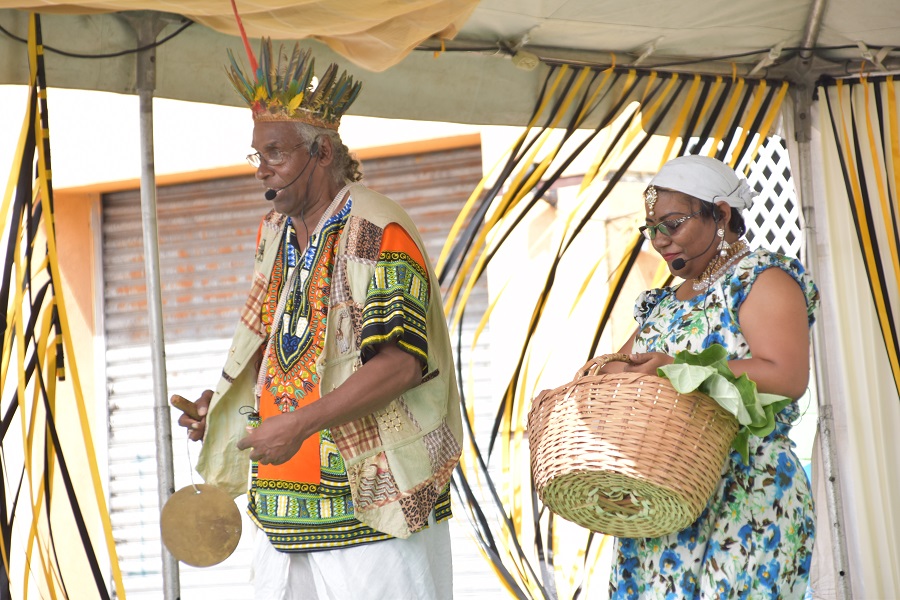 Bridgetown, Barbados – (December 1, 2016) President David Granger and First Lady, Ms. Sandra Granger joined Barbadians to celebrate that nation’s 50th Anniversary of Independence at three national events, which were observed with pomp and ceremony, despite inclement weather that resulted in major schedule changes. The Head of State attended the Toast to the Nation event held at the Barbados Defence Force Headquarters at St. Ann’s Fort, the Reveal of the 50th Anniversary of Independence National Monument at The Garrison Savannah and the Golden Anniversary Spectacular Mega Concert at Kensington Oval.

Prime Minister Freundel Stuart, who welcomed the President and First Lady to the event, described the Guyanese Head of State as his friend and colleague and emphasised the 50-year-old friendship between the two countries.

Speaking at the Toast to the Nation event, he said, “I am very pleased to have here… my friend and colleague, the distinguished President of the Cooperative Republic of Guyana. His presence here, this evening, is of great importance because Guyana in 1966, as well, on May 26 went into Independence and earlier this year itself celebrated its Golden Jubiliee. I was there for that celebration and I am very pleased to welcome President Granger and Mrs. Granger here to Barbados. The warmth and the hospitality and the generosity of Guyana can be unbounded.”

That generosity was illustrated later in the evening when President Granger delivered a gift of a painting depicting the national bird of Guyana, the Canje Pheasant, which was created by Guyanese artist, Ms. Merlene Ellis, to the people of Barbados on the occasion of their 50th Independence Anniversary. The President also gifted Prime Minister Stuart with a Winslow Craig crafted, wooden sculpture called the ‘The Chief Witness to the Environment’. Reading the artist’s description of the work, the Guyanese Head of State said “The visual imagery is derived from a combination of Indigenous Guyanese petroglyphs, patterns and weaving designs.”

President David Granger describing the elements of this Winslow Craig master piece, ‘The Chief Witness to the Environment’, which he gifted to the Barbadian Prime Minister, Hon. Freundel Stuart.

Presenting the gifts, he said, “We would like you to have these two gifts as a symbol of the 50-year friendship between our two countries, which is seen today November 30 and of course the fact that Barbadians have been coming to Guyana for over 50 years as welcomed migrants.”

Significantly also, Guyana has played a role in the Barbados celebrations with the Guyana Defence Force (GDF) delighting the crowd gathered at the reveal of the National Monument event with a spectacular fireworks display. In addition, weather permitting, GDF paratroopers, supported by the Air Corps will display their skill, at today’s Independence parade at the Garrison, Savannah, which had to be rescheduled from yesterday, because of heavy rains, which resulted in some flooding. A total of 25 GDF members are participating in the Independence activities.

The Guyanese Head of State and Mrs. Granger were also greeted at that event by Barbadian superstar and Youth and Cultural Ambassador, Ms. Robin Rihanna Fenty and her Guyanese born mom Ms, Monica Braithwaite. 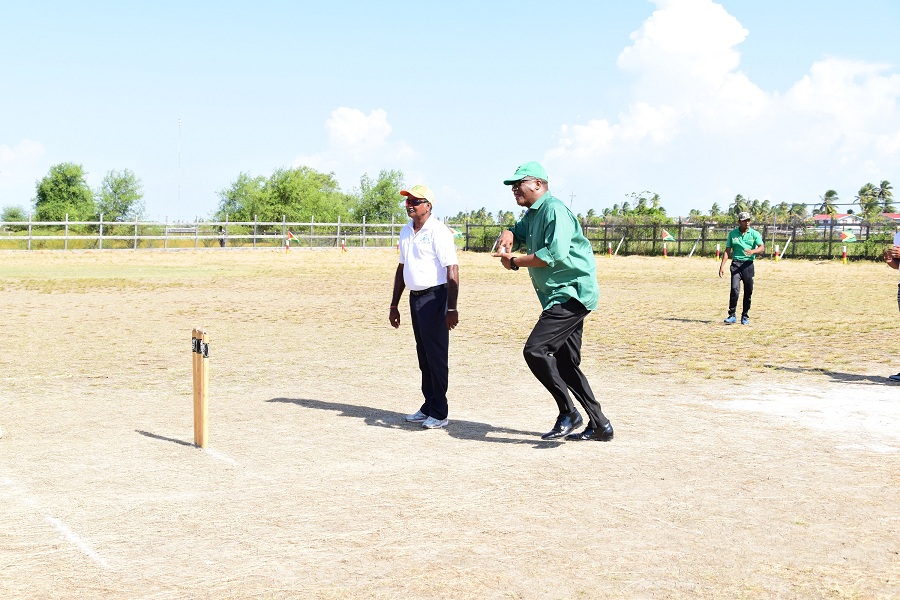 Barbadian National Hero and West Indian cricketing great, Sir Garfield Sobers, familiarly known as Sir Gary, also met with President Granger following the Toast to the Nation event. Prime Minister Stuart had earlier described Sir Garfield’s role in establishing Barbadian pride at the time of Independence. “While we were discussing Independence at Lancaster House in 1966, Sir Gary Sobers was on the playing fields of England making a statement on behalf of Barbados and the West Indies in the summer of that year. Needless to say, of course, the West Indies team triumphed in that 1966 series and Sir Garfield Sobers outperformed everybody else, both in the batting and bowling departments. So he made his own contribution to our confidence as a people in 1966 as we were making those tentative steps towards nationhood.”

President Granger, who will return to Guyana today, used his time to meet with Guyanese Diplomat, Sir Shridath Ramphal for a private meeting. 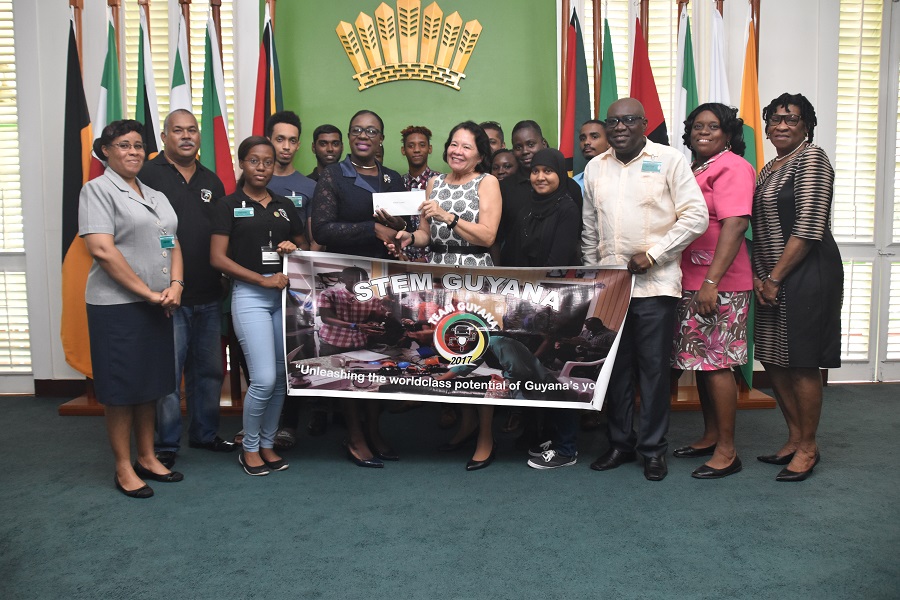