Include all stakeholders in decision-making 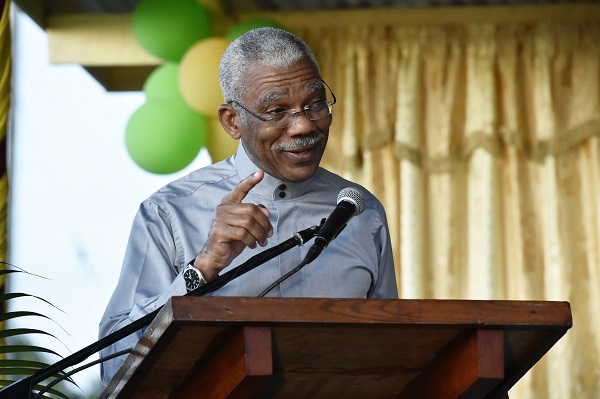 Georgetown, Guyana – (October 28, 2016) President David Granger, last evening, commended mayors from across the regions for embracing the mission of making their individual municipalities ‘green’, in his address at the opening of the New Amsterdam Town Week 2016 activities. The launch was hosted on the lawns of State House, East Berbice-Corentyne (Region Six).

The President said that there is no option of whether a town should be dirty or ‘green’. Trees and mangroves should be replanted and swamps and biodiversity in the wetlands must be protected, he said, noting that the country’s rich flora and fauna are far more valuable to Guyanese alive rather than dead. He also spoke of the importance of town week activities in making citizens more cognizant of their uniqueness.

“This is a municipal obligation to the people that elected the mayors. Through these town weeks, we help to improve the quality of life in our respective municipalities…Each town is different, but each can make a contribution to the region over which they hold sway and in this regard Region Six is the luckiest of all because it has three towns,” President Granger said.

He then called on the municipalities to involve all relevant stakeholders in the decision-making process as combined efforts will lead to a better environment that will be able to attract visitors and investors. “Involve other persons, different political parties, from the business community, non-governmental organisations, in a consensual cooperative and collaborative way so that together we move the town forward ….Find ways of working together and you will see that your town and your residents will benefit,” he said. 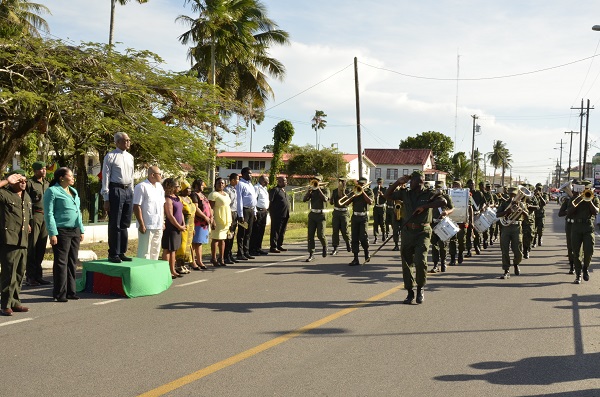 The Head of State also spoke of the vast potential of Region Six, noting that it was particularly unique as it is the only region in the entire Caribbean Community (CARICOM) which touches another CARICOM State, Suriname. He told residents that they have much to gain by exporting products such as fish, coconuts, vegetables and rice, particularly since many countries in the Region do not have the resources or the expertise to produce commodities on the scale at which Guyana can.

“I want to see New Amsterdam as the economic driver of this region, a dynamo, you have the potential, you have the ability to attract investors, people want to know they have a clean and stable city that is well administered and their money will come…let us make New Amsterdam the powerful capital of this great region,” the President said.

Meanwhile, Regional Chairman, Mr. David Armogan congratulated the New Amsterdam Mayor and Town Council for the rapid developments that the municipality has been seeing over the past few months. He urged citizens to fulfil their responsibility to the municipality and not to look to the council to do everything. “We, in this place, believe in the system of dependency; the time has come for us to become independent. We cannot continue to depend 100 per cent on the Mayor and Town Council to do everything that we desire, we have to do certain things for ourselves…If each one of us cleans our individual surroundings, the entire town will become clean,” he said. 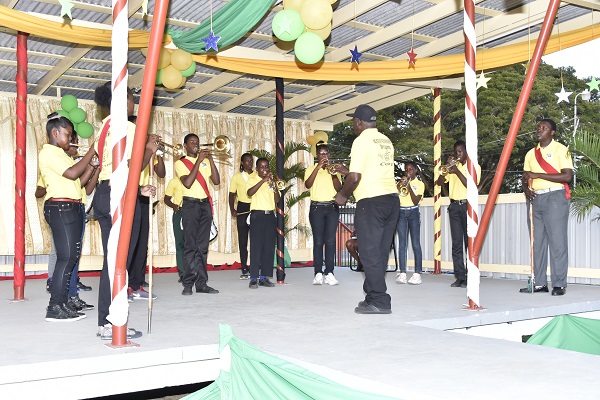 Mayor of New Amsterdam, Mr. Kirt Wynter said that with hard work and vision, New Amsterdam has the potential to become a vibrant city. He also spoke of the municipality’s plans to modernise the town, which includes the construction of a ‘Green Boulevard’. This would essentially be a park complete with amenities such as free Wi-Fi where families and school children can come to relax and do research.

His Excellency Brigadier David Granger President of the Cooperative Republic of Guyana at the Swearing-in Ceremony of members of the Public Procurement Commission. 2016.10.28.