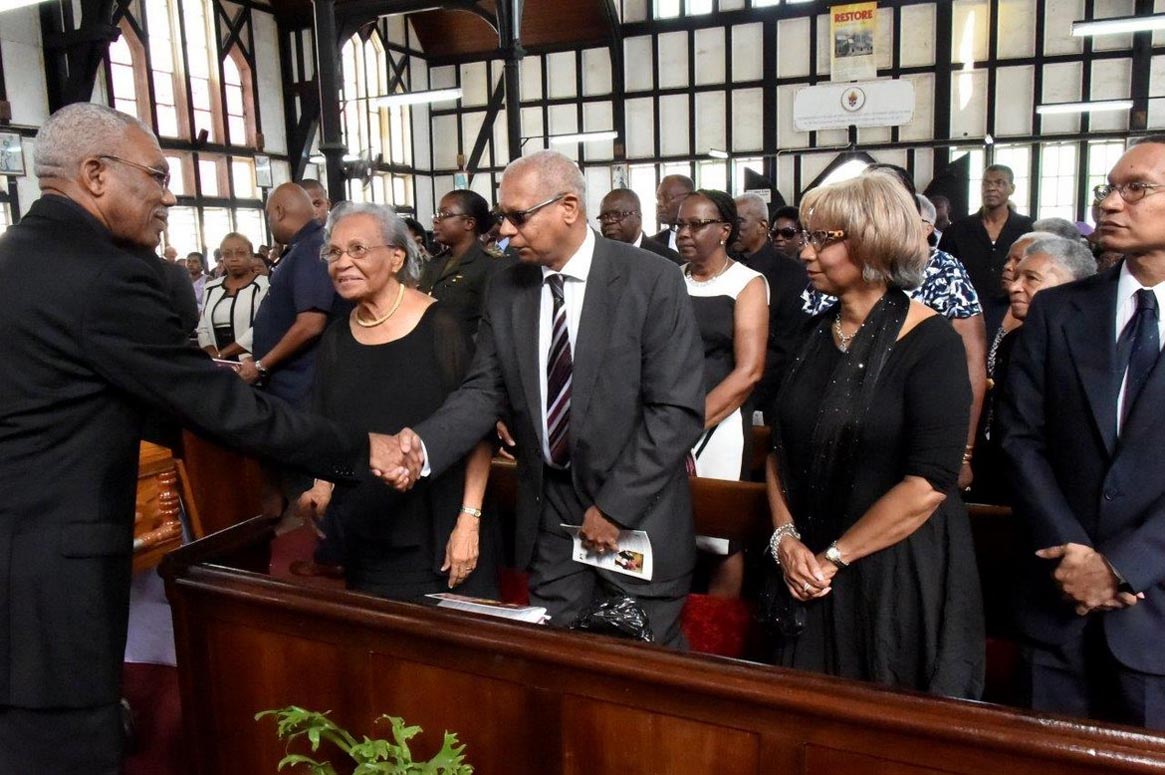 President Granger described the late Bishop as a sagacious, soft-spoken and amicable leader of the Diocese, and one who will be recorded as a person of quiet and unassuming dignity, whose respect and stature amongst the Faithful never diminished, even after his retirement. 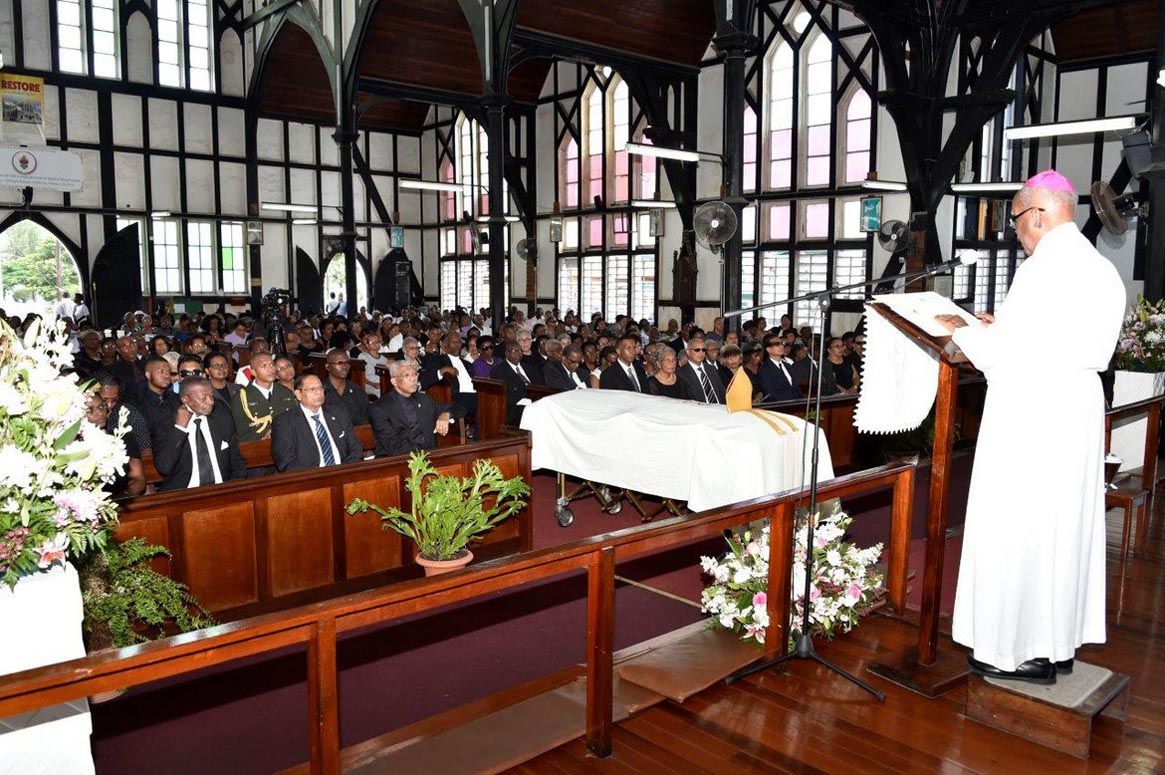 President David Granger, Prime Minister, Mr. Moses Nagamootoo and Speaker of the National Assembly, Dr. Barton Scotland are seated in the front pew at the funeral service for the late Bishop Randolph George