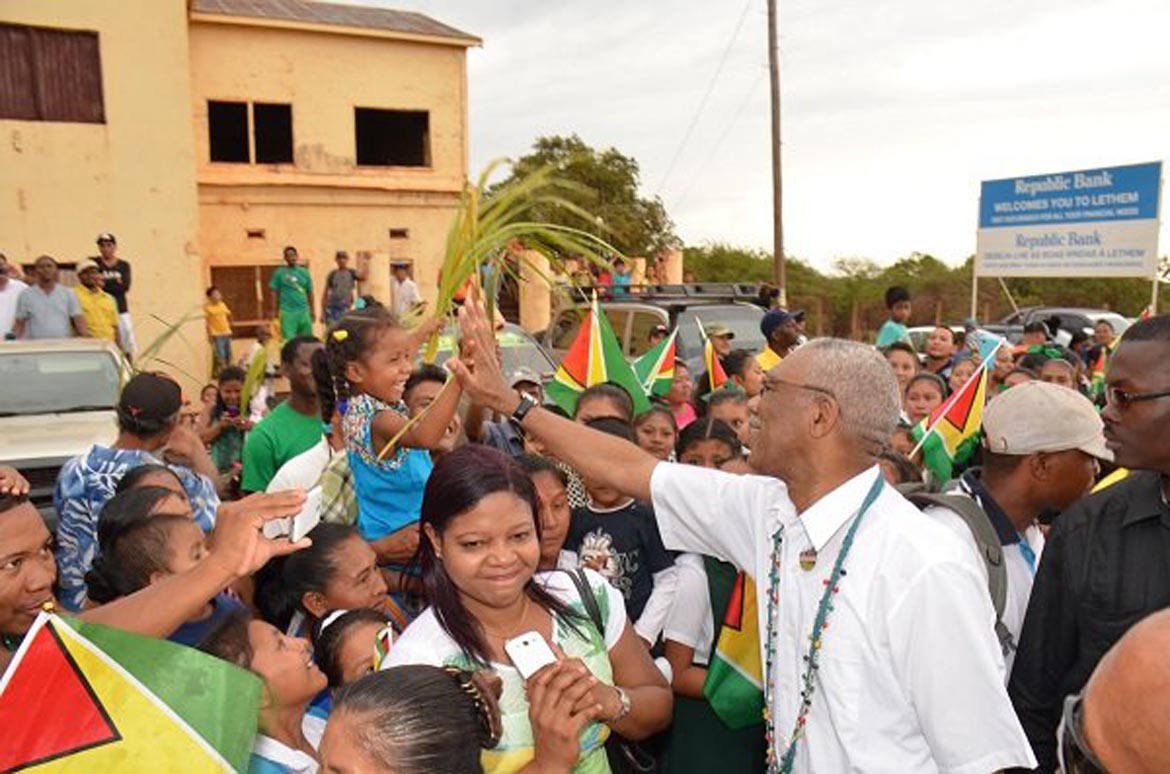 Georgetown, Guyana – (March 14, 2016) President David Granger, over the past weekend, visited Lethem, Upper Takutu-Upper Essequibo (Region 9) to meet with residents of the region and members of the Rupununi Chamber of Commerce and Industry (RCCI). The President was joined by Minister of Social Cohesion, Ms. Amna Ally, Minister of Natural Resources and the Environment, Mr. Raphael Trotman and Minister of Health, Dr. George Norton.

At the public meeting, the President decried what he called a dark day in Lethem when former Minister of Local Government, Mr. Ganga Persaud dissolved the Ireng/Sawariwau Neighbourhood Democratic Council (NDC) and installed an Interim Management Committee in July 2012 and vowed that this would never happen again under his watch as President

“Never again must [anyone] come here and uproot the elected representatives of the people of Lethem. Never again! As long as I am President… there will be democracy in Lethem and there will be progress in Lethem,” he said.

A little girl ‘high fives’ the President just after he arrived at Lethem.

As he has done across the country, the President plugged the role of local democracy in economic development calling on the new Council to work to promote entrepreneurship. “You have the resources, you have the knowledge. You have to put emphasis on self-employment and this Municipality must become a factory… This great town must become an economic powerhouse and this is a task the Municipality must grasp,” President Granger said.

Another major challenge that the new Municipality will have to address is the impact of El Nino weather patterns, which has struck the region with cycles of drought. The President said that his administration is working on a plan that will improve the resilience of the Region 9 and indicated that while the Civil Defence Commission has already been working to bring relief to affected communities, a Ministerial Task Force has been set up to address the problem.

“Let us build reservoirs. Let us prepare for the lean and dry months and years… and let us sit down in Lethem in our Municipal Councils and in our Town Councils. Let us sit down with [the] RDC… We now have to plan a strategy of providing every single community with water year in year out… so we are thinking strategically and this is another task of the Municipality,” he said. 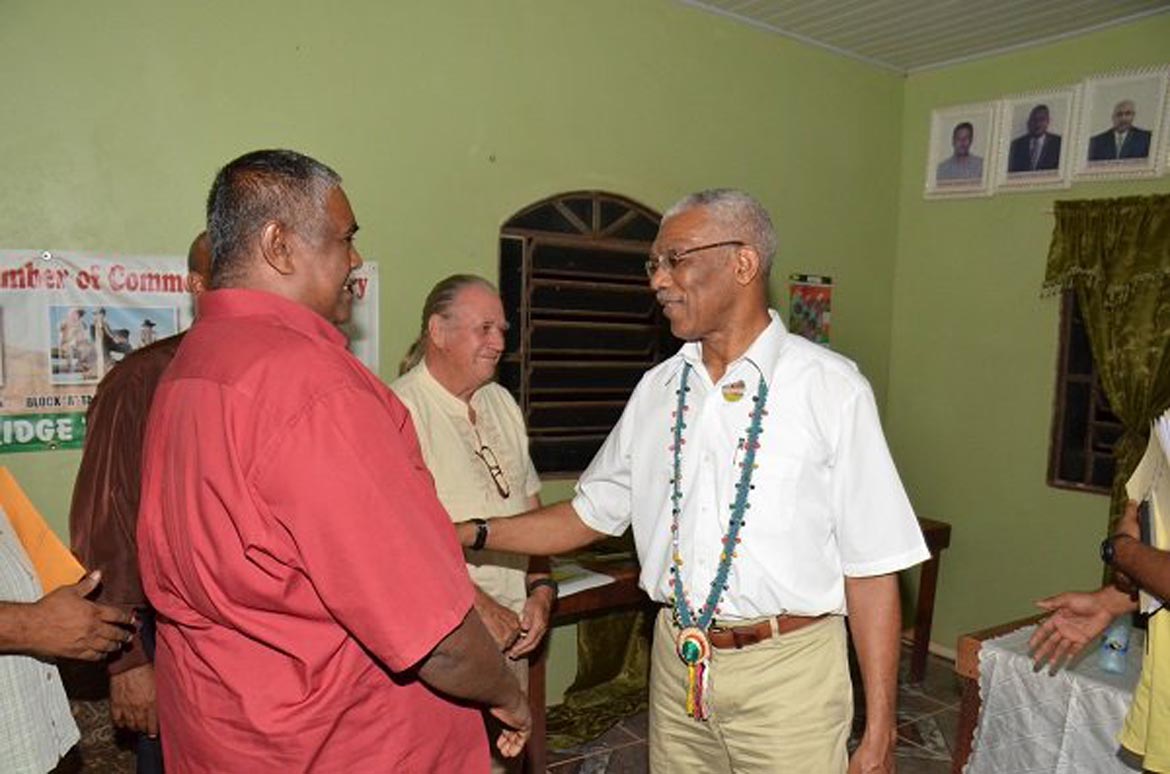 Noting the importance of the role of the municipality, the President drove home the message that all levels of Government; Local, Regional and Central Governments must work together if the challenges faced by the Region are going to be adequately addressed.

The President emphasised this message during a meeting with the RCCI, which followed the public meeting and called on the Regional Administration to work with the Central Government and the people of Lethem to address the problems the Region faces. The President made these comments, even as he promised the members of the RCCI that the Minister of Business will lead a delegation to Lethem to hold a round table so that a clear plan of action can be developed to address the economic challenges described by members of the chamber of commerce.

Some of the problems the members reported to President Granger included the high level of unemployment and the need for support for the growth of agriculture and agro-processing industries, the challenges related to the registration of businesses and security.

“We have no interest in under developing this region… we should be able to generate revenue, exports and profits from the economic activities… We have the resources, in tourism and agriculture, minerals, timber so we have to have a formula for unlocking the potential… I don’t intend to nationalise or intrude excessively in private business or private enterprise. I see our Government as a facilitator… I want you to be assured of the fact that our administration is committed to economic development,” the President told those present at the meeting.