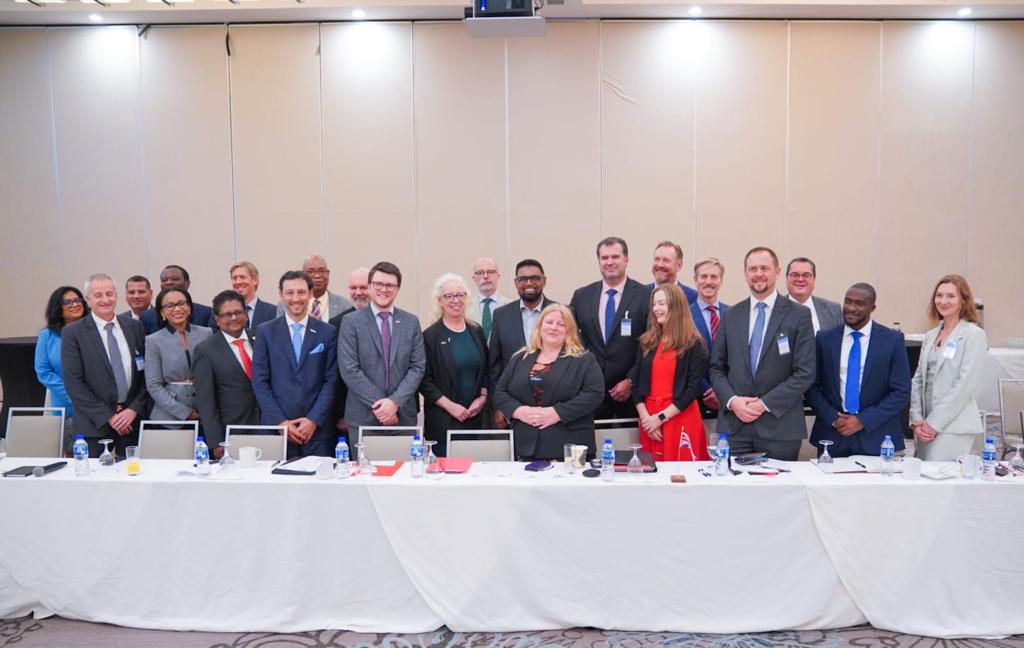 During his address to participants of the Guyana-UK Partnership Arrangement Forum, held today at the Marriott Hotel in Georgetown, the Head of State said that among the key platforms outside of oil and gas are food security, infrastructure, technological services, education, healthcare and tourism.

He said that systems are also being put into place to reduce the cost of electricity by 50 per cent in the coming years, which would further enhance investment opportunities.

There is also a rigid and strong system in place to build out the economy as the Government aims to catapult Guyana into a powerhouse position by 2030.

“Guyana is going to become a major industrial manufacturing, agro-processing hub, and we’re going to give incentives during this phase of development for investors who are coming in to make use of this opportunity. But that phase won’t last forever.”

Dr Ali noted that there has been “tremendous, positive energy”, interest and aggression from the UK while lauding its High Commissioner to Guyana, H.E. Jane Miller, OBE, for being a “champion of Guyana”.

He said too, that both the UK and Guyana have “great trust and confidence in each other”, which is a strong platform for collaboration.

The President expressed confidence that the forum would produce positive outcomes, especially since the two countries had signed the Guyana-UK Partnership Arrangement earlier in the day.

“The private sector could not want a better platform ready to partner and to move forward than the platform that has been established.”

In his remarks, the Senior Minister within the Office of the President with responsibility for Finance, the Honourable Dr Ashni Singh, urged British companies to also be aware of the opportunities in the non-oil sectors. He added that education and healthcare have been identified as priority areas in the Government’s development plan; as such, the Government is open to private investors supporting its push for world-class public and private services.

“We want more world-class companies, world-class producers of goods, and world-class providers of services present in Guyana, and we anticipate and look forward to as many of those coming from the United Kingdom,” the Minister stated.

High Commissioner Miller and His Majesty’s Trade Commissioner to Latin America and the Caribbean Jonathan Knott, along with other visiting officials, were also at the event.

The Forum featured presentations by Sector Leads and UK Industry as well as Ministerial interventions and discussions in several priority areas, including infrastructure, housing, education and agriculture.

Guyanese have a yearning to come together, to live in harmony—President Ali