Annandale roads and drains will be rehabilitated—President Ali 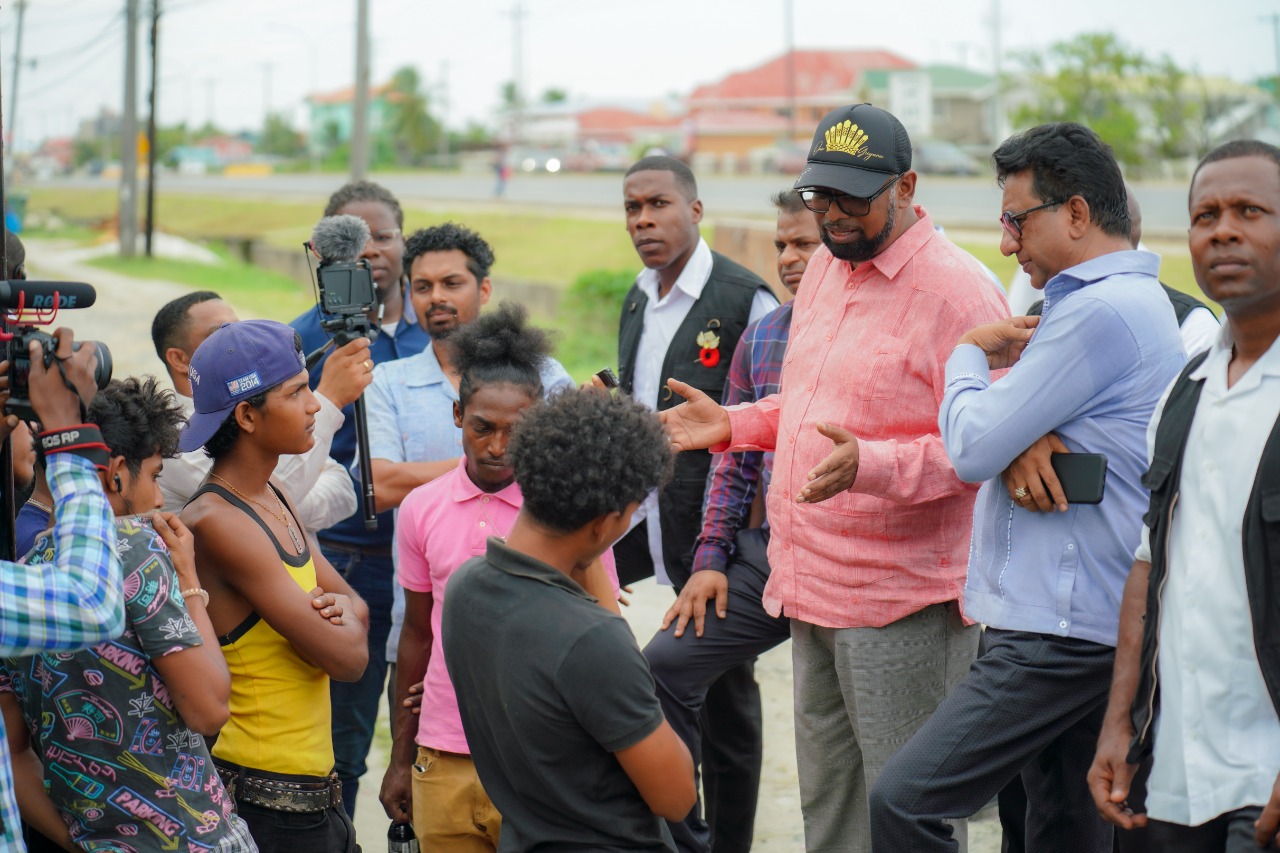 Georgetown, Guyana—(November 03, 2022) His Excellency Dr Irfaan Ali said that his Government will work on rehabilitating a number of cross streets and the drainage network in Annandale on the East Coast of Demerara.

During an impromptu visit to Annandale South and Annandale West this afternoon, the President interacted with residents, listened to their concerns and suggestions, and announced the infrastructure enhancements.

“We have to work on connecting this road back to the railway embankment. We have to look at the reserve and ensuring that the reserve area is kept and the road is completed because once that is done then you have direct access from the highway and the railway embankment that can be further upgraded. In addition to that, there are a number of cross streets in the Annandale area that we are looking to have local involvement in building concrete roads. So those are some of the things that we have seen.”

He reminded that the embankment road, from Sheriff Street to Unity will be upgraded to a four-lane highway.

“We have to now clear all encumbrances and get the drainage system going well, and that will bring tremendous value to all the properties.”

The Head of State pointed out that another issue the community is facing is the completion of their land titles. He said that approximately 50 households on the railway embankment will be titled by the end of this month.

CHANGES IN THE LEGISLATIVE FRAMEWORK

“A lot of what we are doing requires legislative changes, regulatory changes, even the permitting process … everything has to be seamless, the regulations and legislation, the pace of development, infrastructure, the institutional capacity, the human resource capacity, all must work in a collective whole to give the type of output that we want.”

He explained that the Government is currently focusing on building out the country, on a private, public and individual level.

“The housing stock has increased by more than 80,000. With a new housing development that will take place, you will have 50,000 new house lots by 2025 that is from when we came in, in 2020, and I will say with the aggression that we are going after at least 20,000 new houses being constructed.”

This is the fourth community the President has visited this week as part of his Government’s commitment to continuously engage residents across the country. Earlier in the week, the Head of State visited the communities of Den Amstel and Hague on the West Coast of Demerara and Tucville in Georgetown.

National Marine Strategy to be crafted for Guyana – President Ali