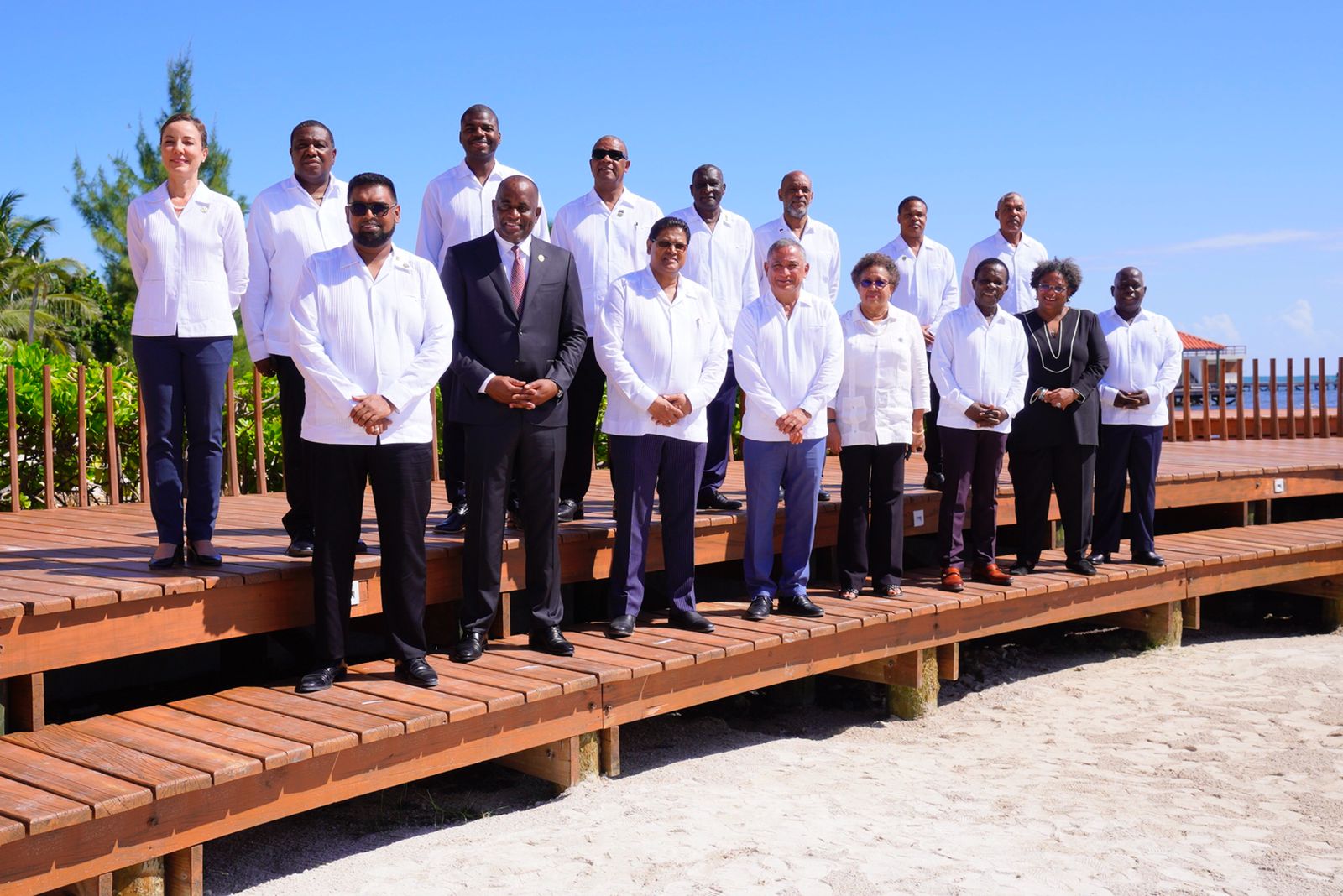 Georgetown, Guyana—(March 1, 2022) His Excellency Dr Irfaan Ali, President of the Co-operative Republic of Guyana, is leading a high-level delegation to the 33rd Inter-Sessional Meeting of the Conference of Heads of Government of CARICOM, currently being held in Belize (March 1-2).

This biannual meeting brings together the leaders of CARICOM, to discuss major issues affecting the region, and to agree on appropriate policy actions.

Among the issues slated for discussion are:

In particular, President Ali, in the capacity of Lead Head on Agriculture, Agricultural Diversification and Food Security, presented today (March 1, 2022) an action-oriented and solution-based proposal, aiming at the 25% reduction of the food import bill by 2025 as was mandated by the CARICOM Heads of Government.

He outlined the significant contributions made over the one-year lifespan of the Special Ministerial Taskforce (MTF), with specifically developed investment projects in poultry, corn and soya, and mutton (black belly sheep).

In the area of de-risking the agriculture sector, the MTF received a proposal from the GraceKennedy Insurance Company Limited Jamaica and has started the first stage of implementation. They have also commenced exploring public-private partnership models for transportation and logistics.

The Head of State of Guyana made a detailed presentation on each country’s report of current and target commodities to achieve 25% reduction by 2025, outlining both constraints and actions needed. At the same time, he highlighted that coffee, cocoa, coconut, spices, hemp (industrial) and palm oil are high-value imported into CARICOM with potential for development in the region.

The Lead Head for Agriculture reported that there has been concrete progress in access to financing for agriculture investment, financing through a facility called the CARICOM Sustainability Agriculture Credit Facility (the “Credit Facility”), using Republic Bank Limited as a lender. This is a special facility designed for agriculture activities including, but not limited to, development of priority crops, capital equipment for farming, feeder roads to provide access to arable lands, bulk storage for crops, processing plants, shade house farming. This provides funding for up to five years for repaying up to G$2b to Guyana and US$100m to all CARICOM member states, with interest rates as low as 2.5%.

President Ali also highlighted the global developments and its implication in the agricultural implications in the region.

Given the critical need for improved connectivity to foster the easy movement of cargo, President Ali also spoke to the issue of ‘Improving CARICOM Food Security through Enhanced Maritime Transport’.

The Guyanese President was commended by Heads of State and governments for driving the transformational agriculture agenda. The Heads hailed the President’s passion and leadership in addressing this most critical issue of food security facing the region. In addition to adopting the recommendations, Heads pledged their full commitment to the plan as presented by President Ali.