Relationship between Guyana and CAL must be reciprocal—President Ali 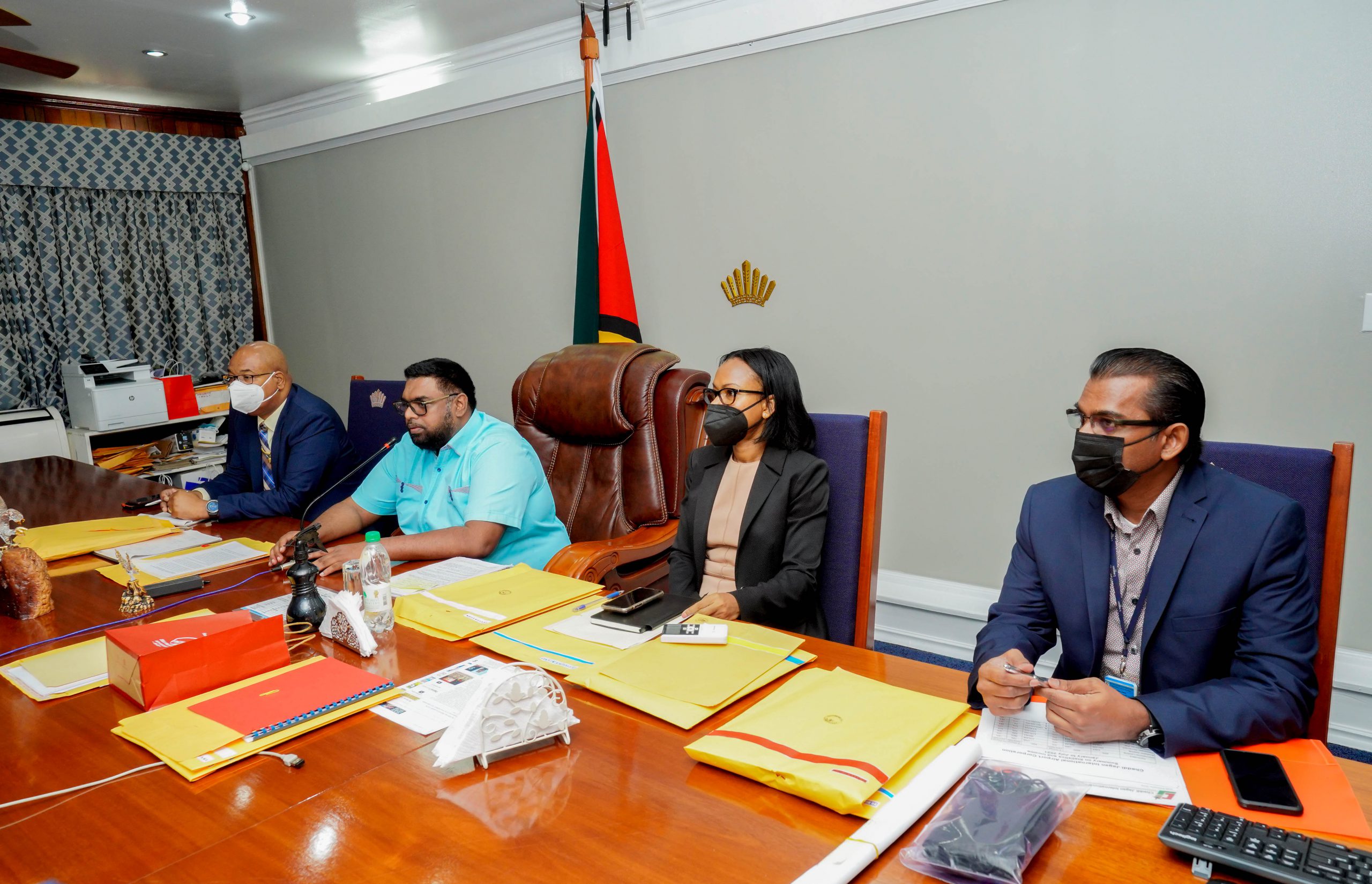 The President said that he is aware that CAL has been an outstanding partner of Guyana but informed that it has never been a one-way street.

The President also acknowledged that there is room for improvement in many areas, including local content.

“I know that you are cutting costs and you are cutting staff, but we would like to see more involvement of Guyanese in the operations, and by that, I mean we are willing to work with you on increasing your footprint and your presence here in Guyana as part of your development plans.”

Additionally, he pointed to the challenges with frequency and costs of flights to Canada and Miami and the issue of cargo capacity.

The President noted too that during the pandemic the relationship continued since Guyana was kept relatively open and CAL’s operations were sustained.

“It is under these circumstances that I wanted us to engage and to have a clear understanding as to where CAL is heading. Also….“We believe that CAL is a long and strong partner with us, and we need to find a way in which that partnership is demonstrated in a stronger way.”

In his remarks, CAL’s Chairman of the Board, Mr Ronnie Mohammed said that the airline has been a “legacy carrier” into Guyana and that the mutual friendship and relationship between Guyana and Trinidad have been maintained and sustained.

“We are eager and willing to partner deeper with our footprint in Guyana,” he added.

Meanwhile, CEO Mr Garvin Medera assured the President that CAL is “very willing” to continue with the push to support local content in Guyana. He explained that prior to the onset of the pandemic, the airline had started recruiting Guyanese but was forced to cut back on staffing.

In closing, President Ali pointed to the importance of a clear path and plan between the Government and CAL, which can be transmitted to consumers.

“We have to grow together. We need to have a technical discussion on the way forward to improve efficiency and to come up with a master plan together to share with the people in demonstration of the partnership.”

He informed the airline officials that moving forward, the Ministers at the meeting will engage at the technical level to craft a cohesive plan that demonstrates and strengthens the partnership while examining the opportunities ahead.  He stressed that this will help build trust and improve services in the eyes of consumers.

VISIT OF HIS EXCELLENCY CHANDRIKAPERSAD SANTOKHI, PRESIDENT OF THE REPUBLIC OF SURINAME