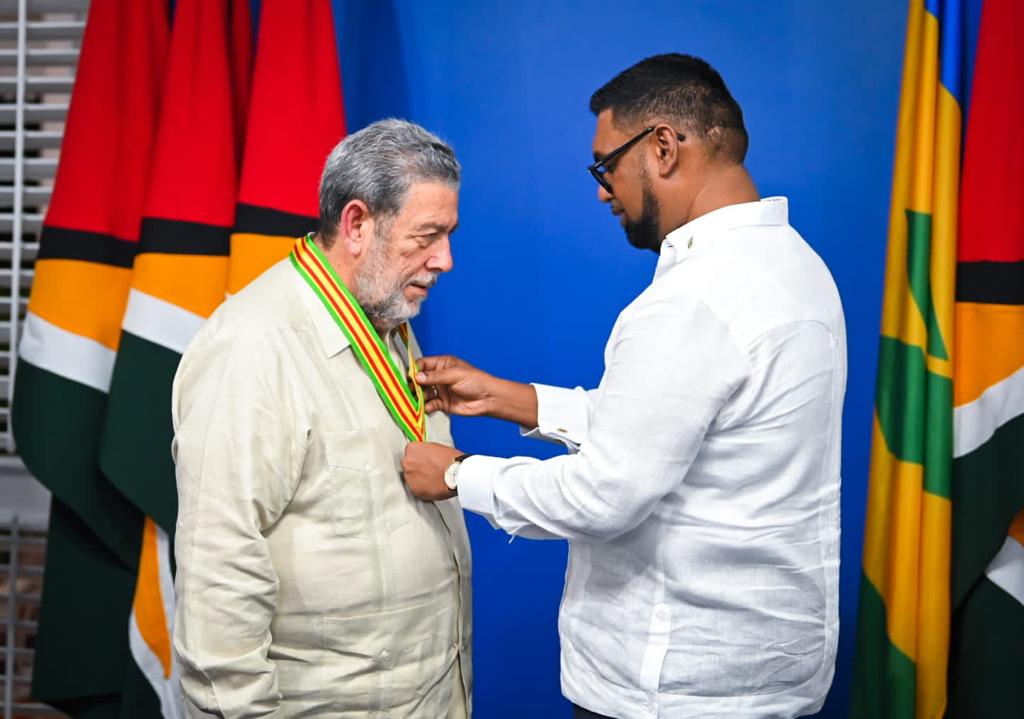 At a special dinner this evening at State House, the Guyanese Head of State said he was honoured to present the prestigious award to the long-standing regional politician.

“The conferral of Guyana’s Order of Roraima is in deserved recognition of the tireless commitment and unflinching contributions which Dr Gonsalves has made to the cause of regionalism and regional integration.”

He called Dr Gonsalves a Caribbean man who has been committed to “democracy, peace, security and development of the Caribbean.”

The Head of State also lauded the other regional and national individuals who stood up for “democracy, the rule of law, and freedom” in Guyana. He said they would be recognised for their contributions later in the year.

Prime Minister Gonsalves is on a four-day Official Visit to Guyana.

The Prime Minister of Barbados, the Honourable Mia Amor Mottley, is also a recipient of the Order of Roraima.